Nursing Degrees and Levels: Which One is Right for You?

If you’re a night shifter, get ready for a whole extra hour of Halloween night, because Daylight Savings Time just so happens to end at 2 a.m. on November 1st oh, and it’s also a full moon (and a rare blue moon.) Now if that’s not downright spooky, I don’t know what is.

You know the saying, “once in a blue moon?” Well, that’s a saying because blue moons happen so rarely--they occur only when a full moon happens twice in one month. 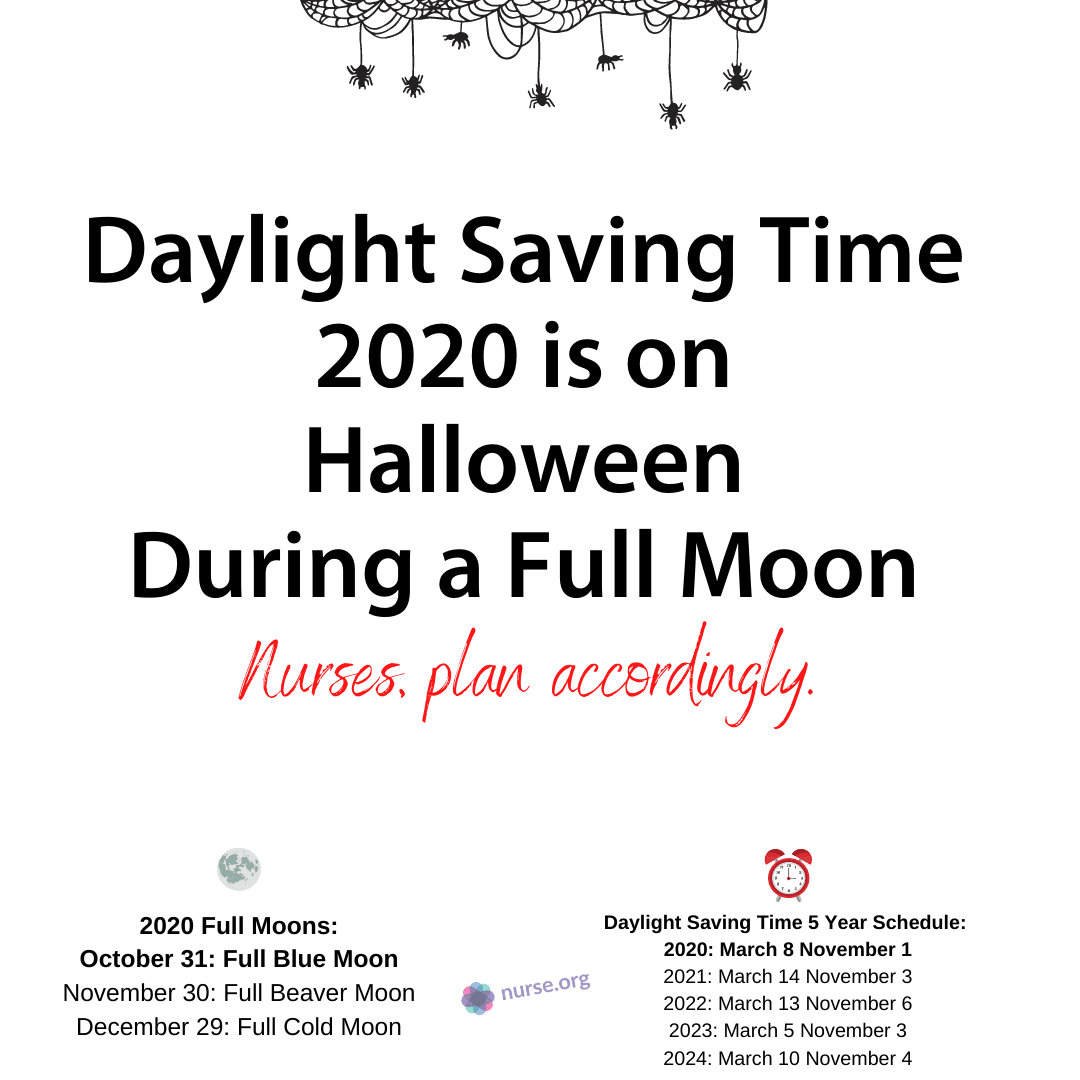 Blue moons are rare on their own, but the chances of one falling on Halloween is even more rare. The last Halloween full moon occurred back in 1944 and the next one isn’t predicted to happen until 2039.

Here’s why full moons are such a big deal to nurses and some tips for dealing with daylight savings time, if you work the night shift.

It’s long been an old wives’ tale among healthcare workers that a full moon = a full house. Ask any nurse, teacher, or doctor and they will tell you that a full moon tends to bring out a lot of colorful situations. Students acting more wild than usual, patients coming in with strange symptoms, an increase in mental health disturbances, and even unexplained injuries. 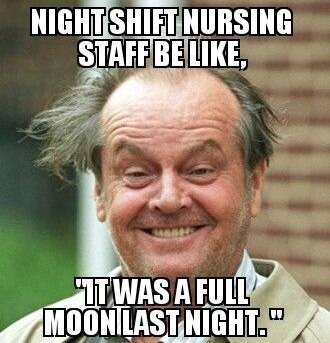 “I work psych and we can always tell a full moon because of the increasingly manic and psychotic patients, as well as bizarre things that happen in the unit,” one nurse tells Nurse.org.

In fact, the word “lunacy” even derives from the Latin “lunaticus,” which means “moonstruck.” Not a coincidence, right? “Most definitely...Full moons bring out the crazy,” Alicia Kelley, RN, notes.

OB nurses especially will attest that they definitely see an uptick in the number of patients going into labor during a full moon. “We definitely see more births during a full moon,’ comments Danielle Smith, a NICU nurse. “A full blue moon! I work that night! Bring on the lil pumpkins!” adds Teresa Covert, a labor and delivery nurse who is scheduled to work this fateful Halloween.

The theories on why exactly full moons produce more disturbing patient behaviors, traumatic events or births are mixed. Some say it’s tied to the water content in the human body being pulled--like the ocean--by the force of the moon. Others say it has something to do with atmospheric pressure or the moon pulling on magnetic forces, with some people simply being more sensitive to those changes. And still others claim a more practical explanation, citing that the excess light generated from the full moon simply draws people outdoors more at night, leading to more injuries. 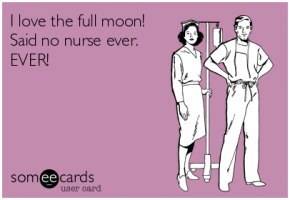 What the Studies Say about Full Moons

Because the full moon phenomenon among nurses is a well-known idea, it’s even been studied--but overall, studies have not found any definitive data that a full moon is associated with increased incidence of hospital admissions.

For instance, a 2015 study found that there was no correlation of a full moon with the number of hospital admissions or the number of births. But in our animal friends, the data says the exact opposite: emergency vet visits for both dogs and cats increase by over 28% anytime there is a full moon. And there is fascinating introductory research into incidences of some patients with bipolar disorder following a clear manic/depressive pattern that mirrors the lunar cycle, suggesting unseen forces may be at work.

Despite what the data may say, most healthcare workers will tell you otherwise and some staff with seniority may even go so far as to opt out of working full moon nights--especially ones that happen to land on Halloween--in order to avoid some scary situations. And although it may not be a “real” phenomenon, the full moon nights in healthcare may boil down to the fact that sometimes, you just have to trust your intuition, listen to experienced staff who have seen it all, and dare to believe that there may just be more than meets the eye.

Watch Out For These Future Full Moons

If you’re a nurse, new grad, or nursing student, you can plan ahead to know exactly when to expect a full moon--and check to see if you’re scheduled to work during the fateful event. Here’s a full list of the remaining 2020 full moons, and the full moons to watch out for in 2021.

Ahh, Daylight Saving Time (DST). That time of year when sleep-deprived nurses get one more wrench thrown into their already busy lives.

Often incorrectly referred to as Daylight Savings Time, this seemingly minor adjustment can interrupt our circadian rhythms, confuse our charting, complicate our medication administration, and just mess with our workdays.

It’s amazing really, what a difference an hour makes. 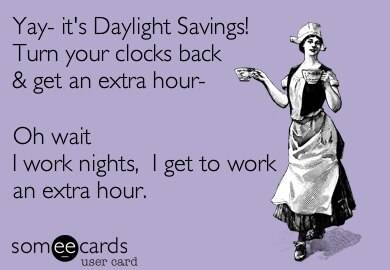 When is Daylight Saving Time?

DST in the United States begins at 2:00 am on the second Sunday of March and ends on the first Sunday of November at 2:00 am.

Here’s the DST schedule for the next five years:

Interestingly, although we’ve had DST for decades, there still doesn’t seem to be a consensus on exactly how to handle it at hospitals.  And for night shift nurses, the change can be very disruptive to their lives and patient care.

Private hospitals and for-profit hospitals tend to err on the side of whatever’s most convenient for them. The schedules stay the same,

Nursing unions: If you’re part of a nursing labor union, you may be paid the full 12 hours in the spring and then 13 hours in the fall. 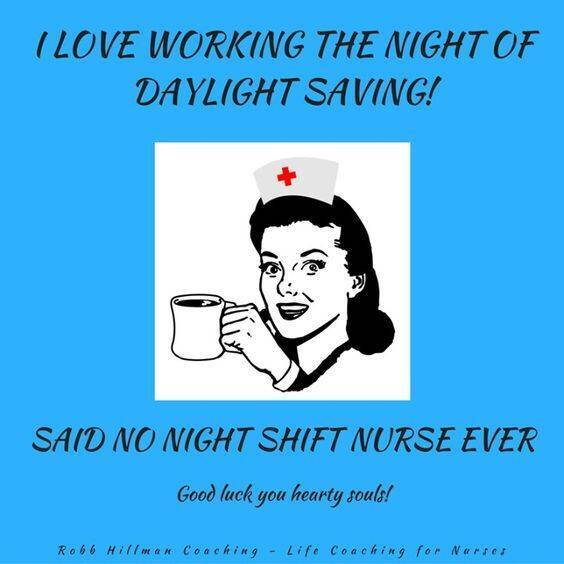 Charting is an interesting subject when it comes to DST.  The problem is not so much with the nurses being confused, it’s the computer system’s inability to understand what it means.

Most modern charting systems have DST built in, but some older systems simply shut down during that time period while the system is reset with the ‘new’ time.

For nurses using 15-minute rounding sheets, documenting can become messy as well with 4 additional entries needing to be added to the margin.

There are other considerations as well. IV fluids aren’t such an issue since it’s okay for a patient to have an extra hour of fluids, but NICU nurses must adjust feeding times because frankly, babies don’t care about Daylight Saving Time.

Tips for Making a Smooth Transition

While it seems that night-shift nurses wouldn’t struggle with the normal sleep issues surrounding DST, that extra hour still interrupts your circadian rhythm or internal clock, leaving you feeling groggy and irritable.

To ease this transition for the upcoming ‘fall back’, there are things you can do to prepare,

Why We Have DST

You can thank Ben Franklin for coming up with the concept way back in 1784 as a money-saving measure when candle use was the only lighting option and an expensive one at that.  He argued that rising with the sun and going to bed earlier at night would allow everyone to make use of free morning daylight.

Since then DST has gone through several iterations resulting in a colorful history that affects international relations, creates nested time zones, and influences your health. National Geographic has covered this subject extensively and the articles are worth a read.

We will have to wait and see what this once-in-a-blue-moon Halloween that falls on daylight saving time will have in store for nurses everywhere, and if you’re one of the lucky ones scheduled to work, you may want to get ready for a wild night. Bring on the spooky blue moon scares! 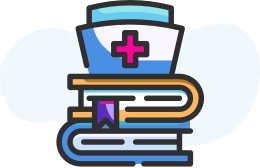 Read about the top student loan forgiveness programs for nurses and find out if you qualify.

Thinking about going back to school to get your BSN? We’ve vetted online RN-to-BSN programs to help you find the best option for you! 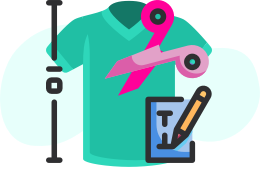 Wondering which scrubs live up to the hype? We asked 2 million nurses to vote on their favorite scrubs brands. Find out what they thought! 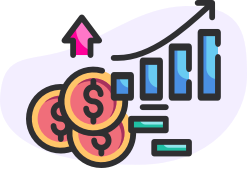