Dr. Danielle Jones, known online as MamaDoctorJones, the co-founder of the Association for Healthcare Social Media, which opened for public membership in May, knows that many people look to the internet for their daily healthcare information. Many people, if sick, will type their symptoms into a computer to see what to do.

But what if the medical information online is inaccurate? Or what if you’re scrolling through your social media and you see that information is untrue?

Through AHSM and Doctor Jones’ various digital platforms, she has made it her mission to share her story and her medical knowledge with those interested to ensure reliable and evidence-based communication occurs.

We caught up with Doctor Jones to ask her about reasons for entering healthcare, why she co-founded AHSM and what she hopes happens in the future for her organization. 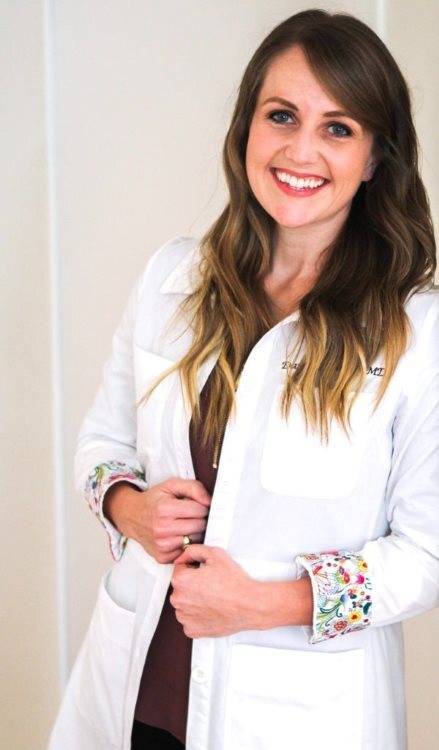 JU: Why did you decide to work in healthcare?

DJ: I don’t know if it was a one-day-I-just-decided kind of thing. It happened over the course of a long time. I was a psych major and I didn’t know what I wanted to do with that, and I decided I didn’t really want to go to grad school. I was exposed to various healthcare industries through some family events. My stepdad had a double lung transplant and spent a long time in the hospital when I was in college and so part way through college, I just decided I wanted to go to medical school.

JU: At what moment did you know the Association for Healthcare Social Media had to be founded?

DJ: It started as a conversation amongst several of us who are friends via Instagram, and we had just been talking about how frustrating it was to see people misrepresenting themselves online. There was a lack of transparency in people’s actual training who were giving medical advice or promoting medical things but not being really clear about what their role was in the healthcare industry.

So, it started with the Verify Healthcare Campaign and all of us asking for more transparency in social media. Austin Chiang, our President, and it was his brainchild starting out. He was the driving force behind it. And it was an effort to bring a little bit more legitimacy online. A lot of medical societies don’t view what we do on the internet as important or, I don’t know, good? But we know we’re making a lot of good things come from our work: teaching people, sharing our lives.

Also, there was a lack of guidance about what’s okay and what’s not okay. We definitely didn’t set out to be the police but we wanted to develop some best practices that, instead of hospitals feeling restricted and telling their employees to stay off social media, that they’d have some fallbacks to say, “Here are the best practices and make sure you’re following the guidelines set out by AHSM about how to positively make a difference on social media if you’re representing your healthcare organization in that space.”

JU: What have you learned from social media’s interconnectivity that you thought could be applied to the world of healthcare?

Then social media in that past 10 years since I started blogging has just blossomed into this way to meet other people and to really share your life. For me, at this point, my goal is reaching moms and other women - working moms, stay-at-home moms. Basically, other women who are in the same life stage as me and they also happen to be interested in what I’m sharing from a medical standpoint because I am an OBGYN. So, it’s a nice way to reach out of the echo chamber for me. Instead of only talking to healthcare people, I have the ability to teach patients on a larger scale than I ever possibly could in the clinic. So, for me, it’s about connecting with other moms and women and providing reliable science-based information and meeting other people.

It’s been a really lovely way to connect with other healthcare professionals and be involved in creating the first non-profit focused on helping people in healthcare make a positive difference on the internet.

JU: Was it difficult to enter the medical field as a mother?

DJ: I get a lot of medical students reaching out who say things like, “I was afraid to go into a surgical field because everybody says you can’t have kids.”

I do a lot of trying to show people who want to go into my field or another surgical field that you can have kids. I have four kids; my twins were born when I was in medical school and so I’ve had kids the entire time I’ve been in this field. And I think the biggest thing to me - it’s very rewarding to get people saying either, “You share your life and your balance has shown me that as somebody who wants to pursue medicine, I can do that and still have a family that is potentially a large family and still balance” or on the flip side, I have a lot and lots of moms say they like my YouTube videos because they’re educational or they say, “My doctor doesn’t take time to spend 30 minutes talking to me about this or that and I’m glad I can get online and find your video about it and know that it’s good information and that it’s got sources cited and that you’re a reliable person.”

JU: How do you hope to see social media and the internet to promote healthcare in the future?

DJ: I really hope to see AHSM make a big difference by making a more positive benefit to people’s career. We see all these professional organizations come forward for people in healthcare to do a whole bunch of things and I think AHSM has the potential to make involvement in social media a positive aspect in what they bring to the table.

I do feel like a majority of us - nurses, doctors, advanced practice providers, everybody who’s on the internet - a good portion of them are doing really great things.

But, that’s not how the people who are not involved in social media view it.

They view it as a couple of people doing really great things and most people are either wasting time or are doing something negative. And I think that’s definitely not what I see.

JU: Is there a downside to using social media in healthcare?

JU: Your YouTube videos get hundreds of thousands of views. How much time did it take to build your platform?

DJ: I actually just started the YouTube channel, Mama Doctor Jones, in January, and it’s taken off really quickly. I’ve been on Instagram for about a year-and-a-half. But I’ve been writing, blogging and things like that for almost 10 years. So, I have a specific interest in digital marketing and social media marketing. So, it’s like my geeky side job and what I’m always watching videos and listening to podcasts about. I think it’s different for everybody but it’s a fulltime job. Building a platform that has any traction is a fulltime job, definitely.

JU: How can we continue to increase the integrity and proper dissemination of online healthcare information?

DJ: I think AHSM’s goal is to show hospitals and institutions how they can advance their own goals of spreading good information by employing people who positively use social media to do just that. It’s the largest scale way to educate people right now and that’s where patients consume information. If we have one place, one organization where you know that the members have a heartfelt belief to have a positive presence online for healthcare professionals, then you essentially have people vouching for you that you’re doing really great work or you’re learning how to do great work. And instead of being a liability, someone who uses social media properly can become a positive aspect and have the ability to help advance what an organization is trying to do.

JU: Do you consider AHSM a regulatory body, a stamp of approval?

DJ: I don’t know that we want to ever be a stamp of approval. I don’t think anybody wants anyone to feel like they have to be in AHSM to be making a positive difference online. That is definitely not our goal. But our goal is to provide people with the tools and the connections and guidance. Not dissimilar to be a member of the Association of ACOG for OBGYN doctors. You don’t have to be in ACOG to be a great OBGYN. But you can get better information that way, it does help on your resume and it provides value for you as a physician.

JU: What have you learned about healthcare by being a mother?

DJ: Oh my gosh, so much! I feel like being a mom has taught me so much about patience and understanding where people are coming from. Also understanding the fear and anxiety that comes along with being on the patient side of things. I was a healthy person growing up, I never really had anything that I was in the hospital for until I had babies and then you suddenly get this view of the other side of healthcare and how scary it is to be the sick person or the pregnant person or the person having surgery. It just gives you a whole new perspective. I like to say, my twins, who were born my last year of medical school, taught me what it was going to be like to be an OBGYN by teaching me how to get up at crazy hours and run on a little bit less sleep than the average person.