Surrounded By Fire: California Nurses Fight Flames To Save Patients

Many of us have watched in horror as wildfires have viciously engulfed both Northern and Southern California. As of today, CNN has reported that a quarter of a million people have been displaced from their homes statewide and 9 people have lost their lives.

But Tamara Ferguson, a labor and delivery nurse from Chico, CA, part of Butte County, where so far, over 90,000 acres have burned and 52,000 people have been evacuated, didn’t just hear about the fires — she lived through them.

And in the process, the brave nurse literally raced the wildfires and beat back flames to save not only her life but the lives of her patients as well. 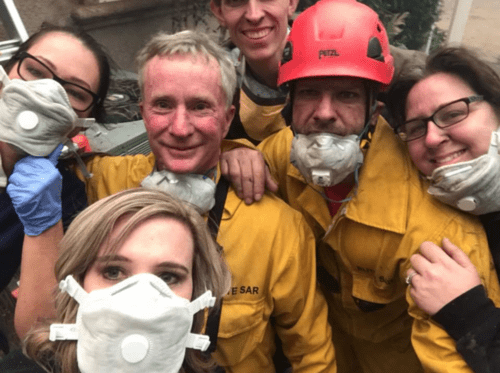 Ferguson is an OB nurse at Adventist Health Feather River Hospital in Paradise, CA, a city thought to be almost nearly completely destroyed.

Her hospital released a statement on November 9, noting that the facility is closed and while they did “sustain damage,” the full extent is not known. On November 9th, Ferguson shared a Facebook post detailing the harrowing and hard-to-believe story of what she and her co-workers went through to escape the wildfires that burned down their town, and how they saved the lives of their patients in the process.

“Ash Like Snow and a Growing Cloud of Fire”

In her post, Ferguson described how she arrived at work, feeling that lightness that comes when you’re a nurse working your last shift before your day off, the nurse version of a “Friday.” Tasked with an orientee, the OB nurse dove right into caring for a mom-and-baby pair fresh from a C-section and getting her other patient going with her induction.

As she assessed her induction patient, however, Ferguson noticed something strange outside: an orange glow.

“I walked outside with coworkers and watched ash fall like snow and a huge growing cloud of fire,” she described in her post. Despite the scene outside, Ferguson noted that she was told that the fire was not close to the hospital and instructed to continue working. Which she did.

Less than an hour later, she found herself running from room to room on the labor and delivery unit telling them to get up, wrap their babies up, and go. Without even time to grab their personal belongings, Ferguson and her co-workers raced towards the ER and lined up as staff started filling their personal cars with patients.

Next Up: Nurses Photo Goes Viral And The Reason Is Powerful

Ferguson described the scene as ambulance, police and sheriff staff helped doctors, nurses, and other healthcare workers load patients from their beds and wheelchairs into the waiting vehicles. 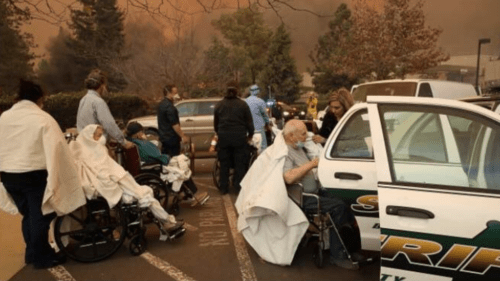 She noted that the initial plan was to take the patients to nearby Enloe hospital, but after going only about a mile down the road, the radio in the ambulance she was in announced that the ambulance in front of them was on fire. Their ambulance was forced to turn down a road and stop in a driveway, instructed to not go any further. They were literally surrounded by fire and trapped.

“I Realized We Might Not Make It Out Alive”

Ferguson and her coworkers had stopped in the driveway of the only house not burning, where they moved their patients to the garage and tried to reassure their fears.

“I looked around as fire surrounded us,” she described in her post. “Transformers were blowing up and the winds were sooo fierce ...this is when I looked at Chrissy and realized we might not make it out at alive.” 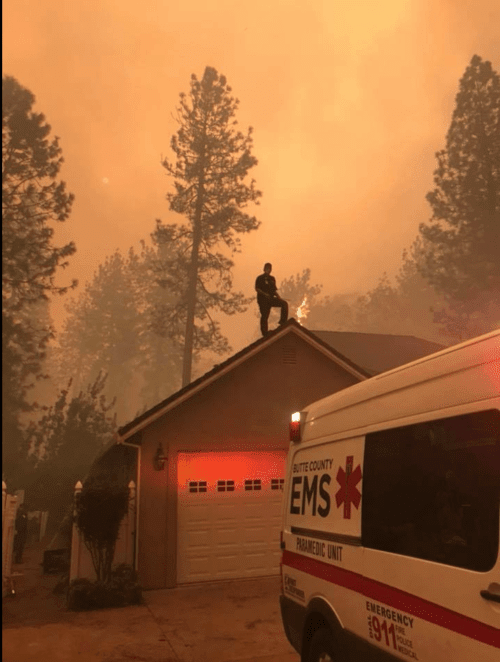 She went over her options in her mind.

“Do I stay in the ambulance? Hide in the garage with my patients? I looked around and it just kept surrounding me growing bigger; I saw cars stuck in gridlock trying to leave, fire surrounding both sides of them. I felt so scared, hopeless, and desperate. I immediately thought of my kids and the man I love so much ...my family, and I lost it.”

Saying goodbye to loved ones

At that point, Ferguson called everyone she loved to say her goodbyes, including her boyfriend, a police officer who had just gotten off of night shift. As she listened to her co-workers and the other nurses say their own goodbyes to loved ones, Ferguson saw the paramedic, EMT, and pediatrician from the hospital spraying the house and filling water buckets, so she offered to help. The firefighter instructed her to help clear the brush from the house to keep it from catching fire, so she did just that. 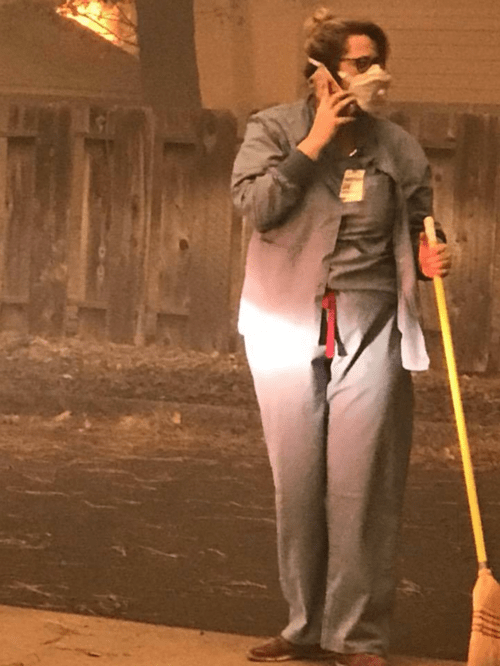 “Chrissy and I were clearing brush by handfuls,” she described. “We found a broom, rake, planters, buckets, and didn’t stop. Sure, we had our breakdown and felt hopeless and then our jobs and why we do what we do to come back to reality. We need to save our patients and ourselves; if we were going to die today we would at least do it protecting others and do everything we can to live and we did!”

“I Will Be Forever Changed”

After working to ward off the fire, Ferguson’s makeshift crew was instructed to return back to the hospital.

Once there, volunteers, staff, and even strangers rushed to set up IVs, water, gurneys, snacks, and blankets to help anyone they could. Ferguson and Chrissy stayed with their C-section patient, who couldn’t even walk yet, in a car and helped her breastfeed her son and gave her pain medication. “I did get fearful but not enough to stop what I was doing,” she added.

Next up: Why The CDC Is "Okay" With No Gloves To Administer Vaccines

Eventually, however, the fire closed in on the hospital and the team rushed to move everyone and their equipment to the helipad area before being escorted out of Paradise to local hospitals. As they left the hospital for good, Ferguson looked out the back window at the devastation that stretched for miles and marveled that she was alive.

That night, she found herself safe and reunited with the family she thought she would never see again.

“I will forever be changed by yesterday as so many thousands of others are, but not by what was physically lost, but the reminder that life changes quickly,” Ferguson wrote after her ordeal. “Today and every day, I urge you to live with no regrets, do what makes you happy, make sure your loved ones know how much you love them and how much they mean to you and NEVER take one second for granted.

Ferguson ended her post by thanking her friends, family, and complete strangers who helped her and reached out to her.

“I am beyond thankful for each of you,” the grateful nurse said. “And to be lying next to the man I love writing this with a house of 16 adults, 4 kids, 8 animals, our family from Paradise who likely lost their homes, and the opportunity to be even more than I was before.”

Next Up: "I Am The Jewish Nurse" RN Who Treated Synagogue Shooter Shares Story