Get the latest news for nurses
NEWS
January 6, 2018

Couple Gets Married In Hospital, What Happens 18 Hours Later Will Make You Cry

Some of Heather Mosher’s final words were her wedding vows spoken to the love of her life just hours before dying of breast cancer. 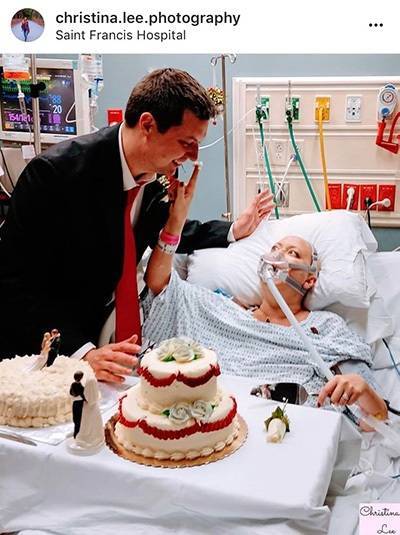 A few days before Christmas, doctors encouraged the couple to exchange vows sooner than their set wedding date of December 30th.

Their wedding photos are some of the last memories the two have together - a true testament to the strength of love even in the presence of death. 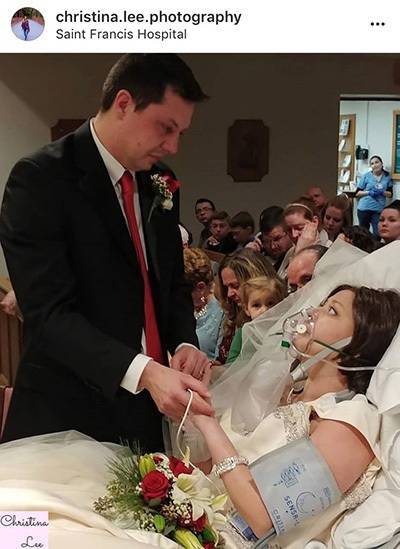 The 31-year-old school psychologist from Connecticut met her husband at a swing dancing class in 2015. About a year later, the two were in love and David had set the date to propose for December 23, 2016. Unbeknownst to him, the love of his life would be diagnosed with cancer on that very day.

Despite the devastating news, David went through with the proposal. He asked for Heather's hand in marriage as the two enjoyed a ride on a horse-drawn carriage.

“I said to myself, ‘she needs to know she’s not going to go down this road alone,” David told WFSB-TV.

Just 5 days later, the couple learned that Heather's form of breast cancer was very aggressive - triple negative. In September, they learned that the cancer had spread.

Family and friends helped Heather get ready for the wedding day. 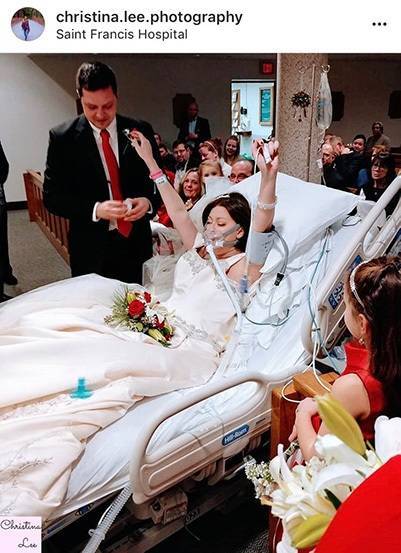 The images, captured by Heather’s friend Christina and posted on Instagram, show Heather adorned in her wedding dress lying in her hospital bed as the two exchange wedding vows in the St. Francis hospital chapel. 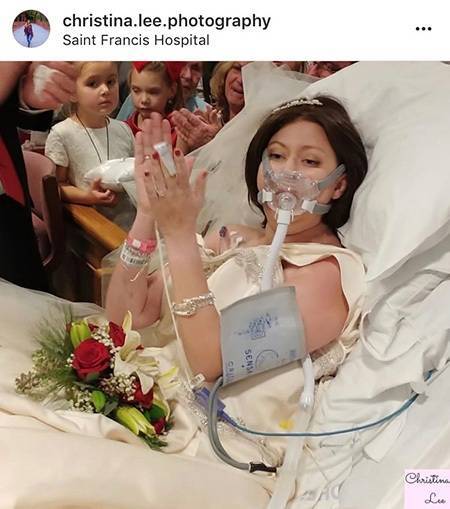 Mr. Mosher told ABC News, “It was just like surreal because I’m supposed to be exchanging vows to her and here I am saying goodbye.” 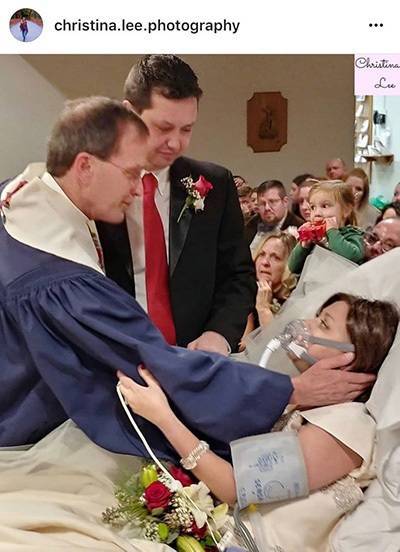 Heather’s funeral was held on December 30th, the original date of the wedding.

"Nobody thought she would've made it that far. She proved them all wrong and that's what that photo says to me," said her widow.

Her friend, Christina, shared this photo of Heather with a caption that reads,

"My beautiful friend, I know you are near. I wanted everyone to see some of these photos of you I took which were never shared publicly. Your smile! It embodies you. The most genuine and striking girl who I was lucky enough to be close to. This is how I'll always remember you. You are my shining star."