Bronx-born actress and singer Diahann Carroll, who made history with the first African-American Tony award in a leading role, Oscar nomination, and breakout roles on the shows Julia and Dynasty, passed away on October 4th, at the age of 84 from cancer. The legend—who even served as the model for Mattel’s first black Barbie—leaves behind an enormous, trailblazing legacy.

Already a star in her own right at the time as a nightclub performer, Broadway singer, and Hollywood musical actress, Carroll was chosen to take on the role in the comedy Julia, about a widowed nurse raising a young son on her own. Initially hesitant about the role, Carroll quickly shifted gears and became determined to play the role of the single, hardworking mom who would go onto change the way African Americans were portrayed in the media.

Carroll was a pioneer in her role as Julia Baker, portraying the first African American female who played an educated, outspoken, successful woman, and nurse. Prior to her breakthrough role, most African American actresses were shuttered to play parts such as maids or other background stereotypical roles. Instead, Carroll was front and center as the star of her own primetime network series. Instead of a struggling scene, Baker presented the image of a successful black woman living life on her own terms—a role that both inspired and upset a lot of people. 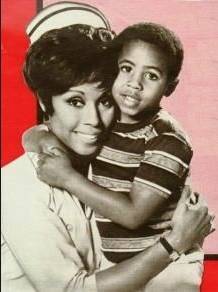 "We were saying to the country, 'We're going to present a very upper-middle-class black woman raising her child, and her major concentration is not going to be about suffering in the ghetto,'" Carroll said in an interview about the role.

"Many people were incensed about that. They felt that [African Americans] didn't have that many opportunities on television or in film to present our plight as the underdog … they felt the [real-world] suffering was much too acute to be so trivial as to present a middle-class woman who is dealing with the business of being a nurse.

"But we were of the opinion that what we were doing was important, and we never left that point of view … even though some of that criticism of course was valid. We were of a mind that this was a different show. We were allowed to have this show."

Carroll may have had some real-life inspiration for her role since she grew up as the daughter of a nurse. But whether it was her mother Mabel’s influence or just her proved acting chops, Julia was a success—it premiered on September 17, 1968 and ran for three seasons, ending its run at No. 7 in ratings and earning Carroll both an Emmy and a Golden Globe for her acting.

Following her stint on Julia, Carroll set her sights on breaking into another type of uncharted territory for black women on TV: the soaps. To put it succinctly, Carroll had said of her aspirations: “I want to be the first black bitch on television.” 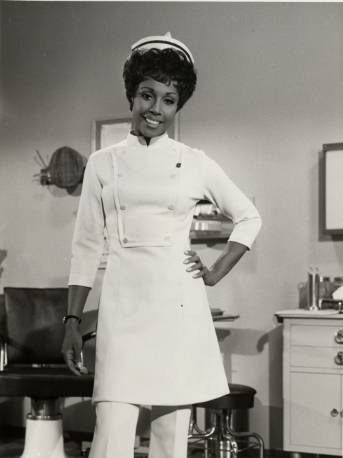 Carroll told People Magazine in 1984 that although she wasn’t actively researching the lack of black people on television, it was clear that there was a noticeable lack of color on the screen. “How could you fail to see they’re not there?” she commented.

The actress had a hunch that the people were ready for a change-up on TV. “I just feel it in my bones,” she told her agent. “They’ve done everything. They’ve done incest, homosexuality, murder. I think they’re slowly inching their way toward interracial. I want to be wealthy and ruthless.”

And wealthy and ruthless she became, as the first primetime African American soap star and wickedly wealthy villain-everyone-loved-to-hate Dominique Deveraux for three seasons on ABC's Dynasty and the later spinoff, The Colbys. It was her role on Dynasty that many people remember her most for, although certainly not her only role.

Leaving a Legacy Behind

One of the most striking aspects of Carroll’s story, aside from, you know, serving as an actual living legend and breaking racial boundaries left and right, was the woman’s dedication to her craft. 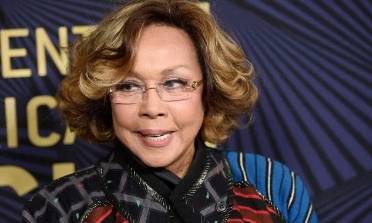 Growing up in Harlem, she first broke into show business at the age of 15, through modeling, and spent years rehearsing, training, and perfecting her art every single day. She built up her career over time, singing and performing at glamourous nightspot venues such as Persian Room at New York's Plaza Hotel, Ciro's, The Mocambo and The Cloister in Hollywood, The Black Orchid in Chicago and L'Olympia in Paris.

She also endured many devastating personal losses, suffering two miscarriages before the birth of her only child, a daughter, and the loss of her third husband, Robert, to a car accident. But through it all, Carroll stood tall, exemplifying the strength, dignity, and grace that came to define who she was.

“The power and impact of Diahann Carroll is immeasurable,” Shonda Rimes summed up in a tweet. “She escorted the tv drama into the 20th century. Her Julia Baker is queen mother to Olivia Pope's existence. Her Dominque Devereux is fairy godmother to Olivia's style. Because of her, I could. A hero has gone to glory.” 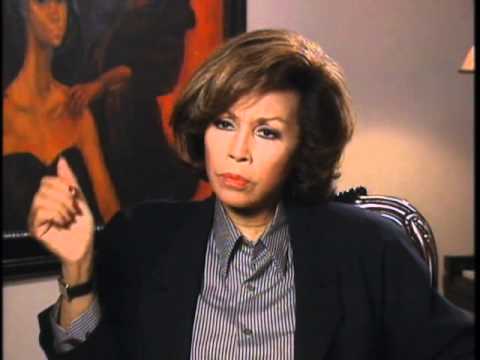