Get the latest news for nurses
STORIES
September 23, 2019

It was August 2014 when the local newspaper of Charlotte NC, headlined, “No signs of Ebola in returned missionaries.”

Rewind 5 months. I was in South Africa preparing for our first medical mission trip scheduled for 2015. As I flipped through the channels, news about disaster relief services caught my attention.  Initially deemed the mystery hemorrhagic fever, the largest deadly outbreak of Ebola Virus Disease (EVD) was reigning in the forested rural region of West Africa (later to include the countries of Liberia, Sierra Leone, and Guinea).

Ebola would strike and kill thousands, and images of Ebola patients and healthcare workers donning the infamous yellow Hazmat suits would replay on the news headlines. The personal protective equipment (PPE) worn by healthcare workers made them look like they just landed on the moon. With refugee camps under siege, the imagery caught the attention of millions.

More than 21 months on from the first confirmed case recorded on 23 March 2014, 11,315 people have been reported as having died from the disease in six countries; Liberia, Guinea, Sierra Leone, Nigeria, the US, and Mali. The total number of reported cases is about 28,637.

Fearful, I thought of the plane ride back home to the US, wondering if any exposed persons would be on the same flight. What a devastating way to inadvertently spread the disease to another country 8,425 miles away. Luckily, the airline of choice only serviced a direct flight out of South Africa to the US.  Overly concerned and not sure how the Ebola Disease was transmitted, I grabbed a couple of N95 masks for the plane ride home anyway.

As I boarded the plane wearing the hideously colored teal green mask, I could tell the other passengers were suspicious of me. That said, I had the quietest plane ride ever.

Scientists think people are initially infected with Ebola virus through contact with an infected animal, such as a fruit bat or nonhuman primates. This is called a spillover event. After that, the virus spreads from person to person, potentially affecting a large number of people. 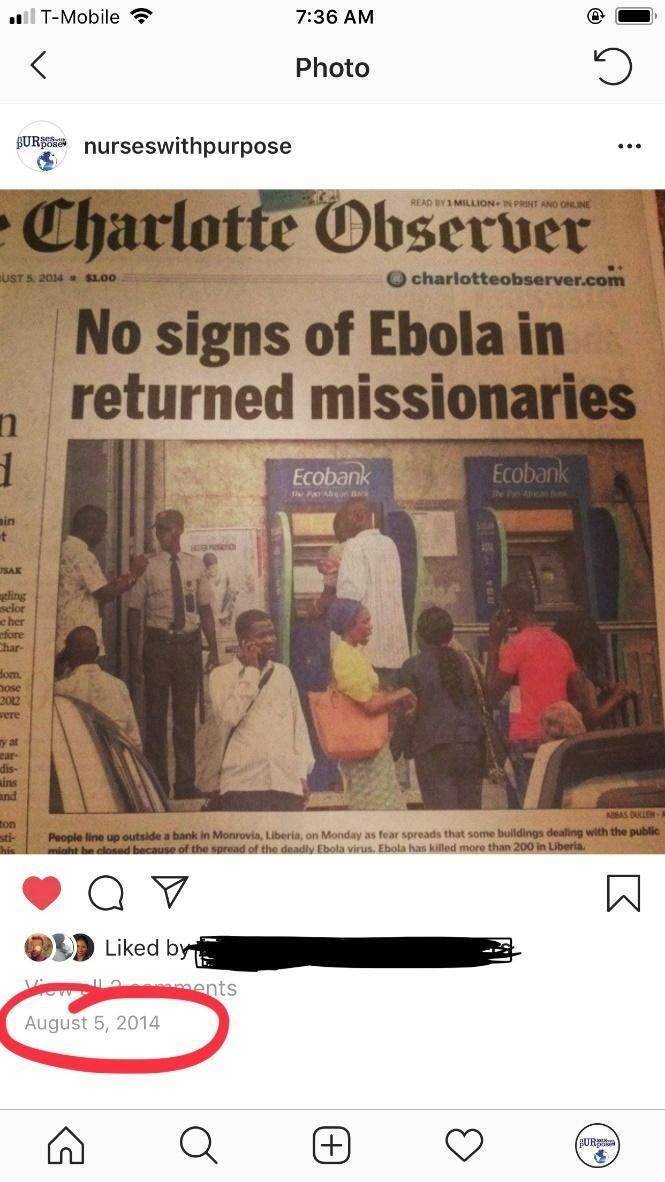 Inevitably, the deadly virus started to rear its ugly head on U.S. soil. Only several months after the World Health Organization (WHO) declared the first largest outbreak in Western Africa, someone with the disease boarded a flight to the US after all.

In September 2014, the first person diagnosed in the US with Ebola was visiting his family and fiancé in Texas. The patient, Thomas Duncan, sought medical attention at Texas Presbyterian Hospital in Dallas. His primary complaints were abdominal pain, dizziness, and high fever.

Per the report, he indicated that he recently came from Liberia. After being seen, he was sent home later that day with antibiotics and an antipyretic. With no relief, he returned via ambulance 2 days later. His health was deteriorating. He was immediately admitted and placed in isolation. With an estimated treatment cost of $500K, he received a variety of medical countermeasures, hemodialysis, and was intubated. He succumbed to the deadly disease 10 days later, on October 8, 2014. 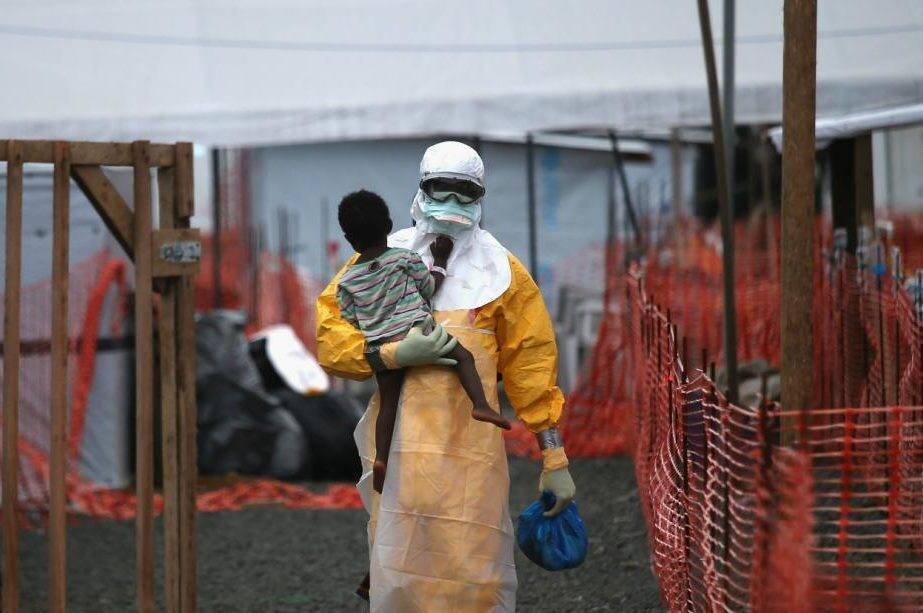 Courtesy of Doctors with Borders

During a recent medical mission to the Democratic Republic of Congo, I had the privilege to meet Dr. Colleen Kraft, Associate Medical Director of Serious Communicable Diseases Unit at Emory University Hospital. In 2002, Emory University Hospital established the first civilian biocontainment unit in the United States. Dr. Kraft was one of the physicians who cared for the 4 patients with EVD at Emory, including one of the Dallas nurses who contracted the disease from Mr. Duncan in Dallas.

EA: What are the biggest misconceptions that the general public has on EVD?

CK: That it causes dramatic hemorrhage — since it is called a “hemorrhagic fever” it is usually portrayed that way in the lay press. This is a disease that is similar to sepsis when it is severe, and the predominant symptoms are fever, anorexia, and diarrhea. In its severe form, it can cause organ dysfunction.

EA: Is there a vaccination available for EVD? How effective is it?

CK: The early indications from the VSV Ebola vaccine are that it is >95% effective. There are other vaccines out there, but we don’t yet know their efficacy.

EA: Is the vaccination readily available to the people of the DRC?

CK: Yes, over 200,000 people have been vaccinated in the DRC and surrounding regions.

EA: Are the people in DRC treated with the same type of medication as in the states?

CK: People in the DRC are currently being treated with more drugs than the 27 people that were repatriated in 2014, which shows you just how much work has been done since 2014. The initial PALM study recently stopped because it showed very favorable results for mab114 and REGN products.

EA: Can a survivor of Ebola have a re-occurrence of the disease?

CK: We don’t really know. If you mean the virus lives in parts of their body (testes, brain, eyes), then that is for sure, and it can go from those immune-privileged sites back into the blood and re-infect the person.

EA: Over the years we have seen the number of new virus cases spike then somewhat decline. It appears the process starts all over again. Why can’t we keep it under control?  Are new outbreaks coming from other sources?

CK: We don’t know what the actual vector is — so it keeps being reintroduced into the human population. The affected region of the DRC is incredibly violent and there is also high suspicion of foreign aid given the exploitation that has happened in that country in the past, so that is why this particular outbreak has been so deadly.

EA: There have been reports of people becoming infected while handling the dead. How is this possible and where was the breach?

CK: At the time of death (remember these burial ceremonies are just after they have died), the person has an immense amount of Ebola in their body, because it just overwhelmed them causing death. With the intimate aspects of the burial ceremonies, and not using gloves, etc., there is a very high potential of transmission.

EA: Are we prepared as a nation if an outbreak were to occur?

CK: Yes, we would quickly isolate the outbreak, treat it, and wear appropriate PPE.

EA: The nursing community in the states was devastated when one of their own contracted the disease after caring for Thomas Duncan. What was the first line of treatment?

EA: Has it been determined how the nurse contracted the virus although she was wearing proper PPE as instructed by the hospital?

Superstitions, mistrust, suspicions, religion, and cultural beliefs are nothing new. Cultural perspectives play a huge role in people electing to receive vaccinations. Vaccinations may not be 100% effective, but receiving vaccinations can protect you and your neighbor. Whether you choose to receive vaccinations that may cause minimal side effects or be stricken with a deadly disease is your decision to make.

Consider the vaccination against Ebola. Technically, no treatment is available in the US unless you are part of a clinical trial. Even the drugs designated in treatment are experimental, so making a clear concise decision is difficult. But there is hope.

We must be aware of global health, and preparation for disasters and epidemics starts with informing yourself. Sign up to receive alerts and newsletters from sources that are in tune with global health care. Let your employer know you’re interested in disaster action training.

The mission trip that was scheduled for us in 2015 was ultimately postponed for the safety and security of our team members. As healthcare professionals, it is our duty to care for the sick, but the experts determine the protocol. We all must know our roles so we can be effective when it matters most. 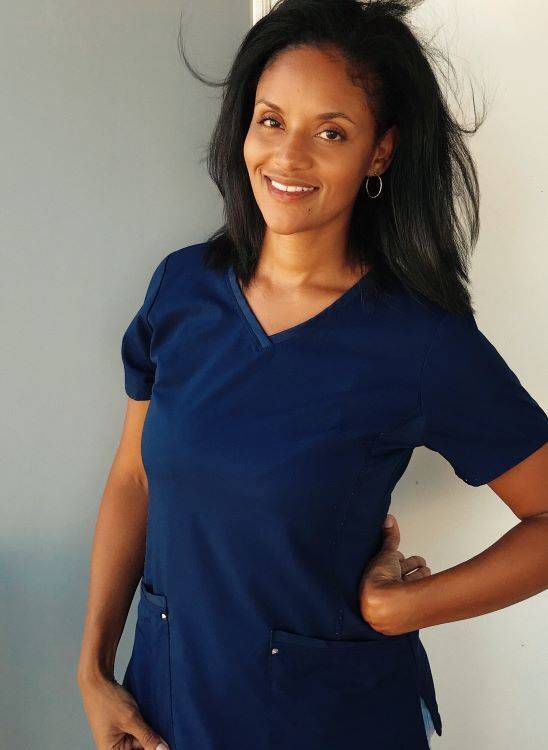