Get the latest news for nurses
STORIES
December 9, 2018

BREAKING! ‘Elf on The Shelf’ Sent To The Hospital and Thanks His Amazing Nurses!

“I just want to thank all the amazing nurses who worked around the clock to help me. You guys rock! Special shout-out to Nurse Becky for saving Teddy’s life!” - Elf

Elf on the shelf has been extra busy this year reporting back to Santa on his naughty and nice list. Flying back and forth to the North Pole every night has taken a toll on the little guy. So much so that he landed in the hospital a few times this year! 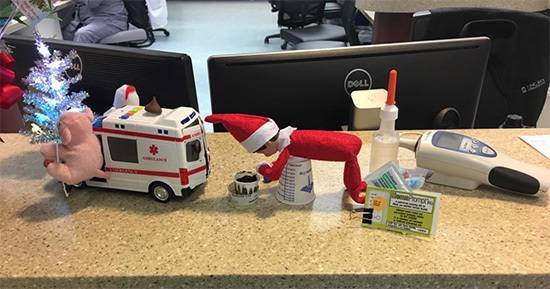 It all started when he ate an entire gingerbread house in one sitting! While he very much enjoyed the tasty treat at the time, he later paid dearly for the overindulgence. In the end, it was totally worth every last bite. Even though his nurse Sarah has put him on a strict no sugar diet from now on. 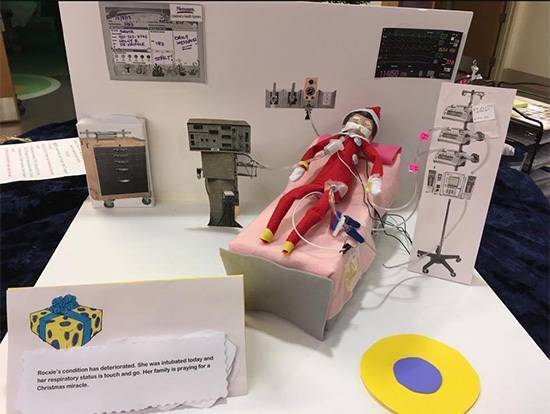 A few nights later, he was taking his nightly journey back to the North Pole when he and his friend Teddy ran into some turbulent skies. They both fell off the sleigh. Elf and Teddy were rushed to the ER where they were treated for their injuries. 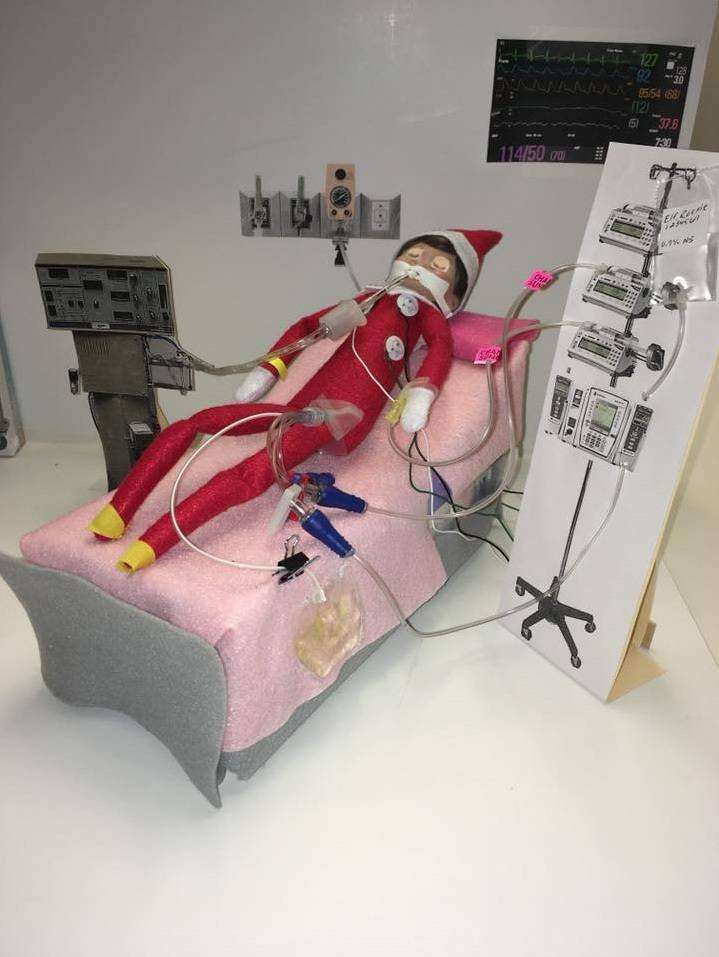 Elf's nurse, Brandy, at the Children's hospital reported that he was in critical but, stable condition. He recovered quickly and was able to return to the North Pole that same night. 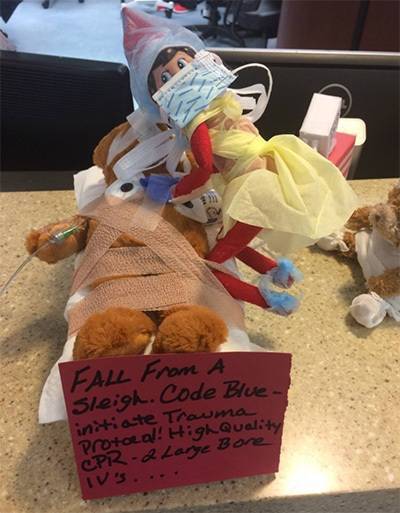 Upon returning from visiting Santa he learned that his best friend, Teddy, remained in critical condition and was cared for by his wonderful nurse Brandy. Good thing Elf is also a per diem nurse at that hospital! He threw on his favorite scrub gown and helped save Teddy's life.

Elf has a few more days to report back to Santa and he's feeling in tip-top condition! He has installed an extra seat-belt on the sleigh and has vowed to stay away from all sweets (except cookies.)

NEXT UP: The Best Gifts For Nurses: 20 Gift Ideas