Get the latest news for nurses
STORIES
June 7, 2018

Combat Nurse On A New Mission To Talk About PTSD

Meet Jeffery Ballard! He is the Red Sox Nurse Hero of 2018 and boy; does he deserve it. We learned a bit about him during the nomination, but the former combat medic has a lot more to share. Read on for an interview with Jeff as he tells us about his story and his mission.

Jeffery Ballard knew he wanted to be in the medical field from early on: he began his journey as an EMT and evolved to paramedic, then LPN. In 2007 he became a registered nurse and found his groove in the Emergency Department at a Level I Trauma Center. Two years later, Jeff joined the army and was deployed to Afghanistan; this changed his life:

“Before deployment, it was pretty easy for me to be emotionally detached from my work in the ER, especially with my background as an EMT. Of course, there were incidents that shook me, but as a nurse, you build resiliency. Then I was deployed to Afghanistan in 2009 as a combat medic and I was injured there. After coming home, I was out of work recuperating for about a year and a half. Once I returned to the ER, the trouble started.”

As a combat medic, Jeff witnessed and treated horrific injuries that would leave him with lasting impressions. Once he returned to work, he began to notice triggers when caring for trauma patients:

“I would typically work in one of the trauma bays in the ER where critical patients were seen. When the trauma patients began to come in, I realized I was not the same. I would see them, and I would get flashbacks to the Afghan soldiers that had been blown up with IEDs (improvised explosive devices). I was taking care of one soldier that just got blown up. He had lost both of his legs and an arm and had very traumatic facial injuries. That was when it hit me: any day when we were out on patrol doing our job, I could end up like that.”

Jeff describes one of the criteria for Post-Traumatic Stress Disorder (PTSD): the feeling that your life is truly at risk when in a certain situation. By this definition, he realized why it was so easy and routine for him to care for trauma patients before his deployment:

“I did fine in the trauma bays before deployment because I knew I wouldn't be in situations that would cause me to crash a motorcycle going at 125 miles an hour, for example. And I wasn't there witnessing the accidents first hand. But having trauma happen right there in your face, I realized that's what I could end up like.  Actually seeing it in person – it makes a huge difference.”

Although he was still able to do the work, his performance suffered, and the flashbacks were getting worse:

“No matter how bad or mild the traumas were, simply taking care of them would cause flashbacks; I would not see the patient, I would see the soldier from Afghanistan. I was able to complete the assessments and tasks because so much of trauma nursing is muscle memory. Starting lines, placing catheters, I could do it in my sleep. But afterward I would come out of the room, and I wouldn't be able to tell you if 5 minutes had passed or if 5 hours had passed. I'd be trying to do the documentation and I just couldn't remember what had gone on in there.”

Working for the VA

After about nine months of suffering through these experiences, Jeffery knew it was time for a change. His PTSD was becoming unbearable and he began to look for different options. This is when the VA came to mind. Jeffery was finally hired after applying for multiple positions. For those who may be hoping to get a job at the VA, he has this to share:

“If you're really serious about working at the VA, don't give up after a few tries. Even for someone like myself - a combat and disabled veteran - I didn't get hired until the fourth position I applied to. Don't get frustrated, don't give up.”

Jeffery knew from the first day of orientation that the VA was the place for him. Working with veterans, especially with combat veterans like himself, Jeff found that he was able to relate to them in ways that just weren't possible with other staff, or even with their spouses. He found that his interactions and conversations with the elderly veterans provided a healing space for patients and for him as well:

“There was one particular veteran I'll never forget. He served in WWII in a unit similar to the one the series Band of Brothers is based on. He had been through those same experiences [paratrooper training and the occupation of Europe] and had never told anyone about it.”

“He also had very advanced dementia. There were times where he would get out of control; he would start to cry, he would get upset, and no one knew why. When I met him, I made a reference to his training days. I said to him: "Currahee!" (This was the mountain those soldiers would run up during their training.) His face lit up. He told me he was in the 101st [Airborne Division], he told me about D-Day, what it was like to jump over France to occupy the country, and how they had no idea where they would land or what they would encounter. It was amazing. His wife had never heard any of these stories, and they had been married for 60 or 70 years.”

In the days following their conversation, this WWII veteran was the calmest and most like himself that he had been all year. Due to Jeff's experience and nature, he was able to relate to his patient, opening the door to healing:

“Because of my experience, I am able to make a connection, with veterans. It's not something that can be faked, especially with combat veterans. They are pretty good at sniffing out when someone is trying to pull wool over their eyes. You can’t trick them. It has to be genuine.”

Jeff's wife Stephanie has been his love and support throughout this entire journey. When she saw the opportunity to nominate a nurse for the Red Sox Nurse Hero, she shared her husband’s story. Once their Public Affairs Officer, Kristin Pressly, heard about his nomination, she championed the cause and helped spread the word. The local news and radio stations in Jeff's New Hampshire town caught wind of his story and over the next few weeks, Jeff and Stephanie did a series of interviews, with local and national news outlets like ABC. Even the Secretary of the Army sent a congratulatory e-mail to Jeffery, thanking him for his work and his service.

Out of 1,400 submissions, Jeffery won the Red Sox Nurse Hero of 2018. He and his family headed to the historic Fenway Park where he threw the first pitch of the game - an experience he says he'll never forget. 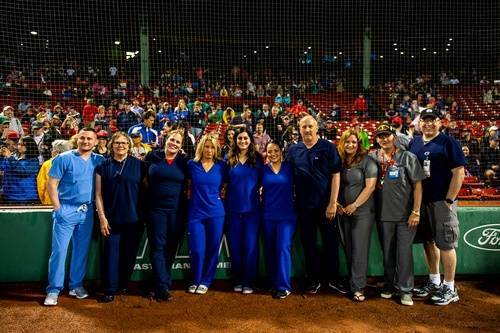 In the whirlwind of media attention that Jeff and Stephanie have received from the nomination, Jeff is taking this opportunity to raise awareness and decrease the stigma towards PTSD:

“There are a lot of misconceptions when it comes to PTSD, especially for people who don't see it on a regular basis. A lot of people don't know how to approach someone who may be suffering from PTSD. The same goes for suicide. People may feel like if they say something, it'll make that person feel worse, or it’ll give them an idea. But it doesn't work that way. Before deployment, I was the happy-go-lucky guy everyone liked to work with. I could make people laugh, I was kind of a jokester. Afterward, I was isolating myself a lot. I would find a corner in the back to do my charting. I was different, and people saw it, but they didn't know what to do.”

“If you see someone struggling, it's okay to ask them about it. Ask them if they are okay. You're not going to make it worse. Reach out with compassion and empathy.”

Because of his experience, Jeffery realized that there is a big need for support and resources for the spouses and caregivers of PTSD victims. When his own PTSD was at its worst, Stephanie did everything she could to help him, but it was no use. Jeff had built a wall around his pain to protect her from it. He explains that with the right tools and resources, Stephanie, and other caregivers and spouses in similar situations, can be empowered to reach their loved ones and move toward healing. Watch this video of Jeff explaining why his co-workers and acquaintances were better positioned to reach him, rather than his family and close friends. 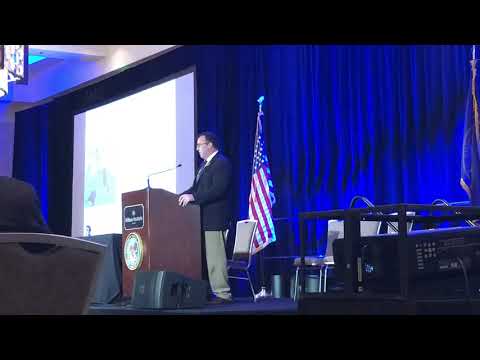 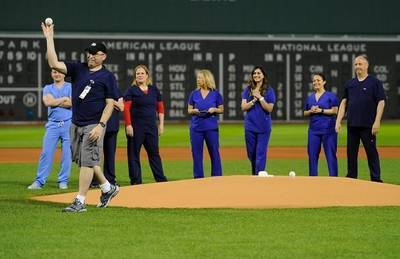 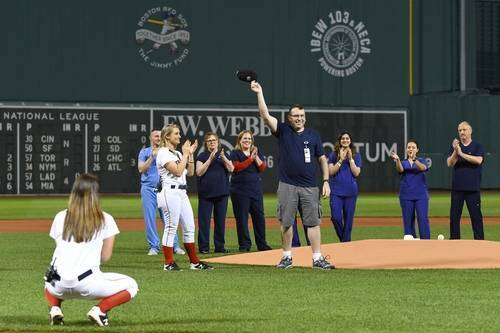 After his speech, Jeff was approached by a combat veteran and nurse who told him, "I felt like you were telling my story! You were able to put into words a lot of things I experienced."

Jeffery is working with his coworkers and a team of mental health professionals to enhance the resources and education available to families of PTSD victims. Because of the speech he gave in the video above, Jeff was asked to speak at the 2018 National Joint Nurse Executive and Chief of Staff Conference for the VA in Dallas. He was personally invited by the Associate Chief Nurse of Veteran Affairs himself, Mr. Alan Bernstein:

“I want to make sure I'm using my 15 minutes of fame to do something good. Ten years from now, no one may remember who Jeff Ballard is, but hopefully, they'll remember the message they heard from a veteran who talked about PTSD: if you see someone struggling, reach out to them. You could be the one to make a difference in their life.”

Below are some links Jeffery would like to personally share with the Nurse.Org community, some recommended by PTSD experts themselves.

Next Up: Nurse Danielle's Bad Day - Tears Behind My Eyes, Smile In Front