Get the latest news for nurses
INDUSTRY
August 22, 2017

By almost any measurement, the 9-1-1 emergency response system has been a success.

However, this success has also resulted in an increase in calls from low-acuity callers, adult “superusers,” and mental health patients. These lower priority calls can use up valuable fire department and EMS responder resources that are best used attending to critical cases.

To address this growing problem, Los Angeles County has developed a solution that involves utilizing nurse practitioners (NPs) in an innovative way that may set the new standard for emergency response care.

The uptick in non-critical 9-1-1 calls can be attributed to a confluence of a variety of factors. Our aging population has played a large role when it comes to both staffing EMT positions and the number of calls that are made. A significant portion of responders are reaching retirement age and there simply isn’t a new generation of responders prepared to fill their shoes.

In addition, an ever-growing population of Medicare patients is putting a strain on the system by relying on it for transportation and even companionship. These “superusers” make a disproportionate number of calls for non-critical situations. There appears to be a wide range of opinions of what qualifies as a critical medical emergency.

Mental health patients who are experiencing an episode and need intervention also represent a notable subpopulation of users. While they may need immediate attention that an EMT can evaluate and provide care for, it may not be the best course of treatment for patients who may be better served by a social worker.

Admitting those with mental health issues into the hospital can sometimes provide a temporary fix for a problem that requires continuous care. 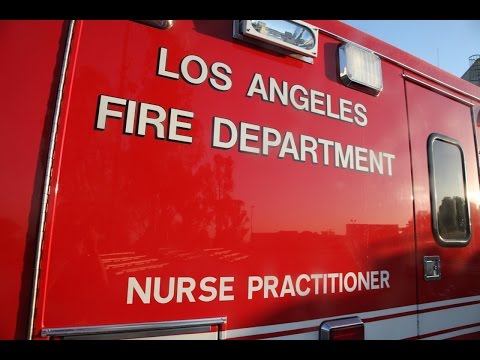 How The LAFD Pioneered Reform

Instead of continuing to offer the same services to a changing client population, the Los Angeles Fire Department (LAFD) decided to take a proactive approach and develop a more effective system for routing patients and providing the best possible care.

For starters, the department decided to empower responders to evaluate each individual situation and provide on-scene diagnostics and care. It was no longer simply assumed that a patient would be stabilized and dropped off at the ER where the responsibility for care would then shift to the hospital.

After a significant research period where the LAFD visited emergency departments across the country, the local leaders decided to create a specialized nurse practitioner response unit. This new team operates out of a converted ambulance and is staffed by a firefighter or paramedic and a qualified nurse practitioner. Because of their training and skills, the team is better equipped to provide on-scene care for urgent medical situations that require immediate attention but aren’t considered critical.

The NPRU is equipped with diagnostic equipment and other unique tools that allow the team to quickly evaluate the patient and administer care. The NP can prescribe medication, create a follow-up care schedule for the patient, and even work with social workers to arrange visits for patients who are homebound.

This strategy has proven especially effective when addressing the needs of superusers and mental health patients. Instead of putting a strain on emergency resources, these patients are able to be screened and directed to the right department and provided with an individualized course of care.

Ultimately, the NPRU has been able to increase the number of treat and release patients and create a dispatch code system that effectively routes the correct team to calls. Preliminary numbers show that the number of trips to the emergency department has dropped by around 50%.

While the system is still a work in progress, it has yielded promising results that are setting a strong example for other departments across the country who are facing similar problems.

Incorporating NPs and PAs into the emergency response care may represent the future of healthcare in America. For those looking to enter the nursing field, becoming part of NPRU provides another exciting and fulfilling way to put their skills to use and make an immediate impact in the lives of patients.

Get Notifications On New High-Paying Opportunities!

Receive a free interview prep kit when you sign up!