The First Malaria Vaccine Has Been Approved

As the world continues to grapple with the coronavirus pandemic and focus remains on the three FDA-approved COVID-19 vaccines, there has been another very important vaccine development. On October 6th, the World Health Organization (WHO) supported the RTS,S vaccine and recommended its widespread use among children in sub-Saharan Africa, which is home to the deadliest malaria parasite, Plasmodium falciparum.

According to the WHO, malaria is transmitted through the bites of infected female Anopheles mosquitoes and is preventable and curable. In 2019, approximately there were 229 million cases of malaria worldwide with an estimated death toll of 409,000. The WHO African Region carries a disproportionately high share of the global malaria burden. In 2019, the region was home to 94% of malaria cases and deaths.

The long lifespan and strong human-biting habit of the African mosquito species is the main reason why approximately 90% of the world's malaria cases are in Africa. Over the years, individuals develop partial immunity due to repeated exposure. While not providing complete coverage, it does decrease the risk of severe disease. For this reason, children are more susceptible because of lower immunity.

Known by the brand name Mosquirix, the vaccine was initially developed in 1987 as part of a collaboration between GlaxoSmithKline (GSK) and the Walter Reed Army Institute of Research, and a pilot program was initiated in 2019 to determine its effectiveness.

The vaccine is intended for initial use in children aged 6 weeks to 17 months and requires four shots. Mosquirix is not approved for older children, teens, nor adults. The highest efficacy was seen in children who received three doses prior to the rainy season –when malaria peaks -and a fourth dose roughly 18 months later. Furthermore, when given in conjunction with a seasonal malaria chemoprevention the efficacy was even higher. Seasonal malaria chemoprevention is when healthy children take a monthly dose of antimalarial drugs to help prevent the disease. This was the only prevention option for malaria in children prior to the development of the vaccine.

Initially, seven African countries including Burkina Faso, Gabon, Ghana, Kenya, Malawi, Mozambique, and Tanzania were part of a large-scale clinical trial. The vaccine was effective at preventing a first or only clinical malaria episode in 56% of children aged between 5-17 months and in 31% of children aged 6-12 weeks. The efficacy of the vaccine decreased after one year. In other words, among children who received four doses in the clinical trials, the vaccine prevented approximately 4 in 10 cases of malaria over a 4-year period.

Further testing was done in a pilot program held only in Ghana, Malawi, and Kenya. These countries were specifically picked because of the extreme interest expressed by the ministry of health as well as established malaria and immunization programs. Gavi, the Vaccine Alliance, a health partnership based in Geneva, helped to fund the pilot programs, which have distributed 2.3 million vaccine doses across Ghana, Kenya, and Malawi.

This specific study followed 6,000 children for three years and found approximately a 70% decline in child hospitalizations and deaths from malaria.

While this vaccine might not have the highest efficacy in clinical trials, it is currently the first and only vaccine of its kind. Additionally, the prospect of it even saving one child due to a preventable illness is worth it to researchers.

Medical providers throughout the world, particularly in Africa, are rejoicing over the development and implementation of the malaria vaccine.

Ndifanji Namacha, a doctor based in Malawi, is overcome with joy and excitement. Namacha told BBC, “Being trained in a Malawi hospital, especially in the malaria season, you see mothers coming in with convulsing children because of severe malaria. You see pregnant women who are suffering, even miscarriages that are resulting from malaria, low-birth-weight babies because of malaria. You're sort of accustomed to it."

Every county for themselves?

While the development of the vaccine is being hailed as a medical breakthrough, the plan for distribution is a little less clear. GSK, the vaccine distributor, has pledged to make 15 million annual doses available at no more than 5% above the cost of production. However, roughly 100 million doses will be needed annually if all children in high burden countries are to receive the shots.

The greatest concern amongst healthcare professionals is who will pay for the vaccine. Cash strapped African countries may not be willing to foot millions of dollars each year to provide the vaccine. If left to individual families, only the “rich” will be able to afford this life-saving vaccine. Researchers suggest that it could cost $325 million dollars each year across ten African countries with a high incidence of malaria.

Nurses Will be Called to Action

Africa has long been a country scarce on medical care and medical providers. Many, who have the ability, leave to train in Europe and/or the United States and secure work visas to continue working in those countries. Unfortunately, this leaves many countries in Africa without the properly trained personnel to care for patients. With limited resources, the global medical community will be called upon once a mass vaccination plan has been fully developed. Additionally, citizens of these countries will require education to ensure the children are receiving the vaccine.

Healthcare relief agencies such as UNICEF, the WHO, Doctors With Borders, and Mercy Ships are already developing plans on developing programs and aid specifically for malaria vaccination distribution, administration, and support. 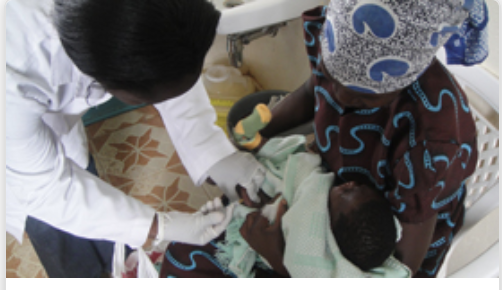