Get the latest news for nurses
INDUSTRY
December 11, 2017

Tensions between Medical Doctors and Nurse Practitioners have seemed to grow more intense this year.

What does this mean for us as a medical community? Despite tension between the two practicing bodies, there are plenty of examples of healthcare teams that cultivate a positive, healthy, symbiotic relationship between all members of all licensure.


You may be a part of one and know that without a doubt, patients benefit from a healthcare team that is cohesive. But before we find our way out of the rubble, let’s dig further into it.

The animosity between NPs and MDs is very much alive and sometimes tangible. Let’s look at some points of contention, the first being a matter of wages.

Many facilities employ nurse practitioners in settings where they will assess, diagnose, treat, prescribe, and get paid a smaller salary than a doctor would for performing those same tasks.

Especially amongst the twenty-three states that allow NPs to practice independently without physician oversight, there is a big movement towards equal pay grades between the two providers.

So what is the best thing to do? Pay all providers giving the same service the same wage? Or calculate salaries that are commensurate with schooling, training, and scope of practice?

From a corporate perspective, the answer is easy. Companies will always find an excuse to tip the pay scale to their benefit, and level of education is a perfect pretext. We see it in the pay difference between ADNs and BSNs, between LPNs and RNs, and subsequently with NPs and MDs.

A second point of contention is in regards to title. Academia and medicine happily share the prefix of Dr with distinct paths and practices. However, when it comes to the world of patient care, this title is part of a heated debate.

Doctorates of Nursing Practice earn their doctorate degree and with it, the Dr prefix. However, when standing in front of a patient in a clinical setting, some argue that it is deceiving for a DNP to introduce themselves as doctor, even unacceptable if they passively allow patients to use the title. 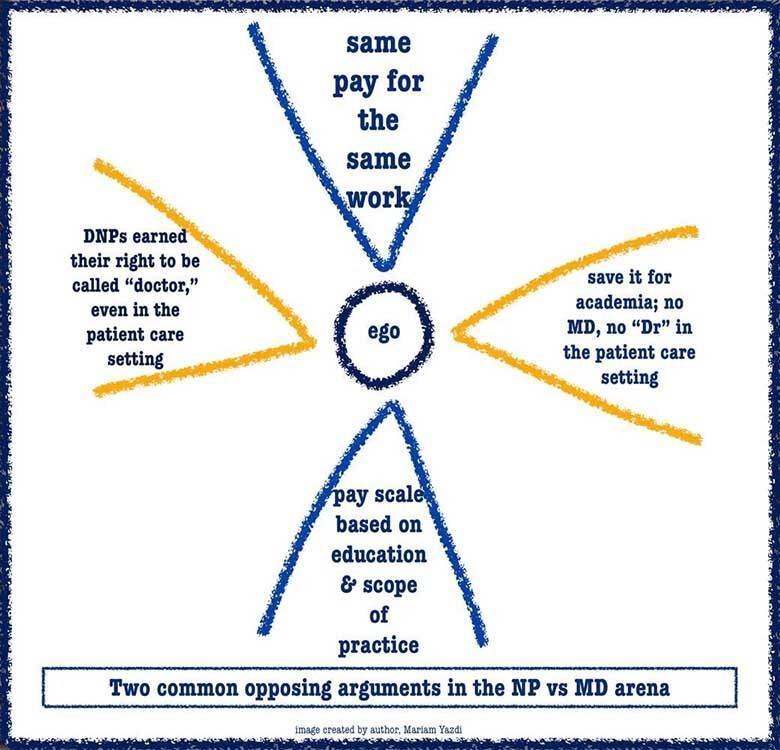 No matter who you are or where you stand on each argument, it can be said that ego lies at the center of the feud.

But in order to grow and move forward in a progressive way, we must put down our egos and work on the kinks in our own system, and for nurses, the first step could be examining the NP education system.

The academic framework for nurse practitioners undergoes a lot of scrutiny from the physician sector due to its stark difference in structure from medical school and residency. However, it is important to give a voice to the nurses who feel the shortcomings of advanced practice programs.

By facing the weaknesses in the NP academic model, we can fix them and grow stronger for the sake of patients and the profession.

Nursing education can sometimes be abstract, and nurses have voiced that this has translated into the realm of advanced practice nursing. Concerns exist in regards to some curricula and there are claims that the NP curricula fall short of providing illness mastery.

For example, some semesters may be heavier on nursing theory and lighter of pathophysiology and pharmacology.  Consequently, clinicals may be unstructured and rugged. NP students are often required to find their own preceptors and craft their own independent clinical experience.

Depending on what kind of student you are, this can be a good thing or a bad thing.

It goes without saying that there are strict advanced practice programs that set the standard for the rest of the nursing community. However, the variance that currently exists across different schools may be a cause for concern.

As members of the nursing profession, we must encourage high-quality nursing education. Together, we can advocate for more structure and standardization in coursework and clinicals. With these changes, variations may begin to narrow, resulting in more competitive and better-prepared practitioners.

Another suggestion is to support the movement for making the entry-level degree for nursing a baccalaureate and sunsetting the associate degrees. In theory, this change will elevate the profession in impactful ways.

Where do you stand on these arguments? Are you more likely to chant “anything you can do I can do better?” Or do you follow Aristotle’s modus operandi and contribute to a team who understands that “the whole is greater than the sum of its parts?”

As imperfect beings, we look for validation, whether it be from others or from our own selves.

Yes, there will be moments where both NPs and MDs will emphasize their education and experience, validating their medical journey and what they each do for their patients… 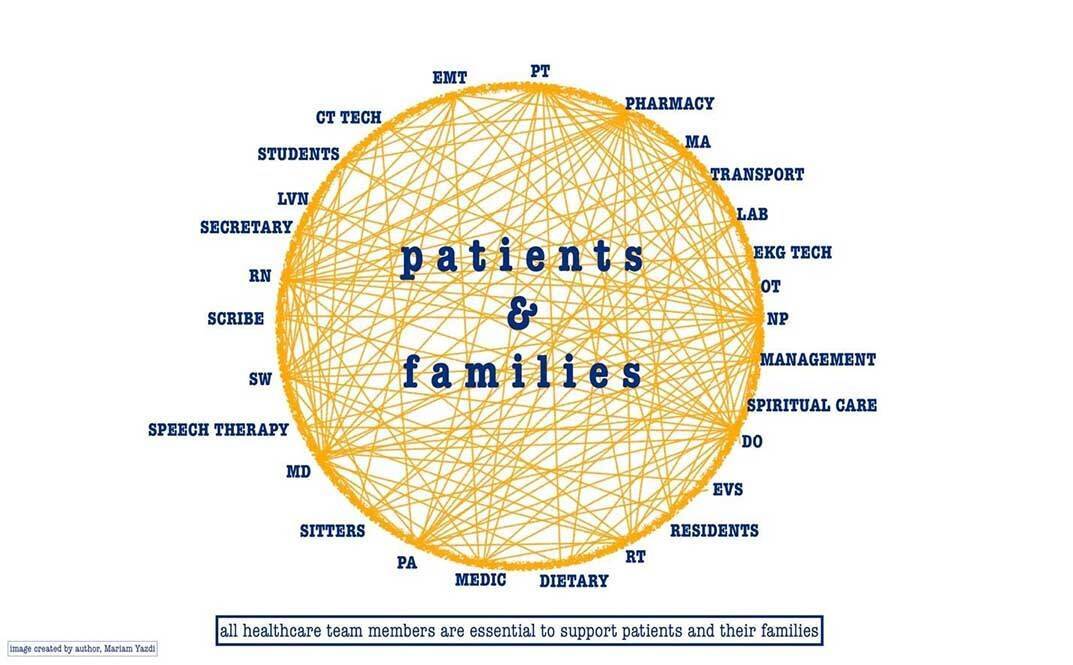 The more important question here might be, what do doctors and nurse practitioners do for their patients? Many similar things, many different things, yet it’s all important in creating a diverse healthcare team with varying backgrounds, education, and experience.

When all members can come together and agree - or agree to disagree - on the best way forward in a patient’s care, the population thrives. When voices and opinions are given respectfully – and respected – an effective healthcare team is made.

All healthcare personnel of all licensure can take steps towards bettering their own profession, understanding and respecting the direction of our peers and come together to create a team that puts ego last and patients first.

Stripped of our titles and years of experience, we are just humans taking care of humans. Working in a diverse and cohesive team fills the gaps that exist in one sole person’s practice.

Next Up: Nursing Is In Transformation, And That’s Good For Nurses