Nurse Adopted Baby Who Had No Visitors For 5 Months

After a tumultuous start to life, baby Gisele and her mom, Liz Smith, a nurse from Massachusetts, have a new beginning.

Brown-haired, blue-eyed baby Gisele, also from Massachusetts, had a rather rough start to life. After been born prematurely with neonatal abstinence syndrome — due to her birth mother’s use of heroin, cocaine, and methadone while pregnant, the infant was transferred to Franciscan Children’s hospital in Brighton a little after she turned 3 months old.

Gisele weighed just under 2 pounds when she was born in July of 2016 and required transfer due to the specialized care needed for her lungs, as well as needing nutrition through a feeding tube. Gisele had a lot of medical needs, but unfortunately, she didn’t have a lot of visitors. In fact, in the 5 months that baby Gisele was at Franciscan Children’s hospital as a ward of the state, she didn’t have a single visitor.

Until one day, an unofficial “visitor” changed everything.

Liz Smith, the director of nursing at Franciscan Children’s hospital, happened to be in the hall when another nurse wheeled Gisele by in her crib. Although Gisele had been there for months already, with social workers having no luck placing her in her forever home, it was the first time Smith saw her. And as she laid eyes on her for the first time, something stirred deep inside her heart.

"Since the moment I met her, there was something behind her striking blue eyes capturing my attention,” Smith told The Washington Post about meeting the baby that would become her daughter. “I felt that I needed to love this child and keep her safe.”

As it would turn out, Smith needed Gisele just as much as Gisele needed her. For a long time, Smith had been longing for a family. After losing her own mother to liver cancer when Smith was only 19, the teenager decided to follow in her mother’s footsteps and become a pediatric nurse. Described as a natural nurturer, Smith wished to not only honor her mother by serving others but hoped to recreate the loving and fun environment in which her own mother had raised her.

Instead, life seemed to have other plans for her. When motherhood didn’t happen for her and in-vitro fertilization proved to be too expensive, (her insurance didn’t cover it), the 45-year-old nursing director instead threw herself into loving and nurturing her 14 nieces and nephews.

Deep down, however, both Smith and her loved ones knew that the longing for motherhood and a family of her own had never left, and when she had an instant connection with baby Gisele, the nurse knew she would foster her. She quickly went through the necessary legal steps and paperwork to foster Gisele and weeks later, as the infant turned 9 months, the state granted her permission. Smith was warned that she would only be fostering Gisele while every effort was made to reunite the baby with her birth family, but Smith’s coworkers still celebrated, throwing her a baby shower and helping her set up supplies in her home.

Smith and Giselle worked on settling into their new routine, and Gisele’s birth parents initially were granted weekly visits with the infant. Unfortunately, they were ultimately found to be incapable of caring for the infant and as a result, their parental rights were terminated. With no other family members eligible for adoption, Smith was free to legally pursue adoption for Giselle — although she did so with a variety of complicated emotions, knowing that “another’s loss” was her gain.

In October of 2018, Gisele was legally adopted by Smith and today, is a happy and energetic 2-year-old who uses a supplemental feeding tube but also loves avocados and pizza. Both Smith and Giselle have found a family in each other and the nurse who cared for so many other children has, at last, found the one special daughter she will care for the rest of her life.

“Her new favorite song is ‘You Are My Sunshine,’ ” Smith told The Washington Post. “And every time she sings it, I think to myself, ‘You have no idea.’ " 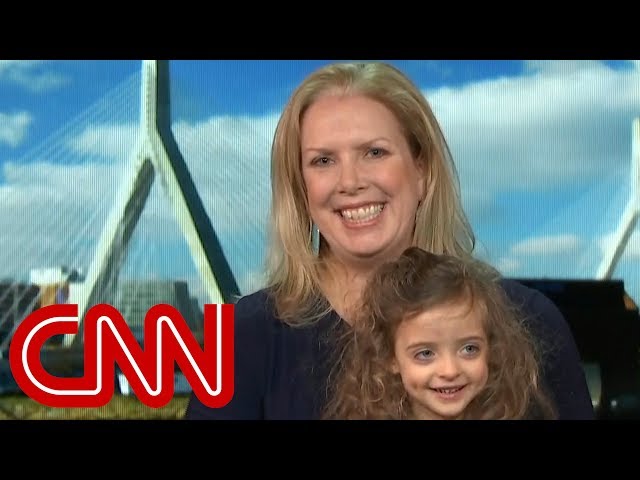