Nurse Conceicao Pires is doing big things. But she also knows that big things are often born out of small, deliberate beginnings. Conceicao has worked in her home country, Cabo Verde, as well as in hospitals in the U.S. and others locations in between, to offer aid to those who need it most, from children to adults. But she is also focused on small, localized communities, spreading the word of personalized healthcare to people living in neighborhoods all over the world. The founder of C.O.R.E., an organization that focuses on healthcare literacy, Conceicao aims to empower everyday people to take care of themselves.

We caught up with the nurse to talk about why she first got into nursing, memories of her father and what new nurses can do to make a difference. 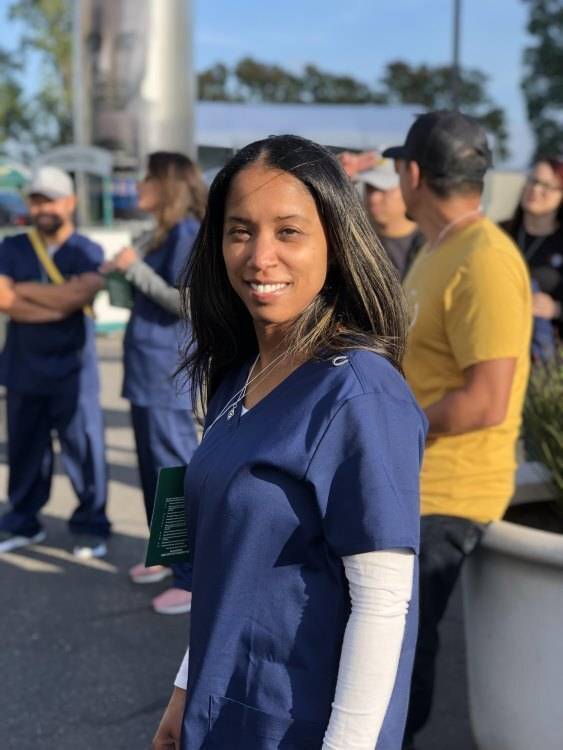 JU: Why did you want to become a nurse?

JU: When did you first get involved with international aid?

CP: I got involved with Taktse International School in 2010, which is an international school in India, in Sikkim. I wanted to make a change internationally as well as in the U.S. So, I decided to go there to see if I could teach health education to students from kindergarten to 10th grade. I developed a curriculum for each grade-level and taught them health education, as simple as for kindergarteners to wash their hands, to talking to the older students about questions they wanted to ask about, you know, puberty and things like that, sex education. I was able to talk with them in a way that was culturally sensitive.

JU: How did your ambition to care for people by the bedside evolve into your larger international goals?

CP: Well, my father was very involved in volunteer work when I was a child and he would travel to the different islands in our country to go help different islands with things they may have needed. That showed me that you can do so much - you can do anything you want to do, even if it’s something small.

Growing up in a different country, when I came to the U.S., I saw that there was a need here and there were needs in other countries - as simple as drinkable water for people in different countries. A lot of things that people in the U.S. may take for granted, such as getting water from the sink, people have to walk miles and miles in some foreign countries to get water.

I decided, why don’t I go back to my own homeland and do charity there. So, I got involved with Caritas Cabo Verde, which is a religious foundation that helps with different things in the islands. The country was threatened by drought for many years. And they help with food and children’s programs, civil rights programs and I thought, “I can get involved in this. I speak the language, I’ve been living in the U.S., I’ve lived here and I’ve traveled to different countries.”

So, I got involved with them. I wanted to do something with the medical system and was able to get people to donate medical equipment, clothes and other basic hygiene necessities during the volcano eruption. The schools within the country need basic school supplies, so I started gathering the materials and returning to the country to give them to the people that needed it the most. I thought, “It’s easy: what can I do with what I know?” 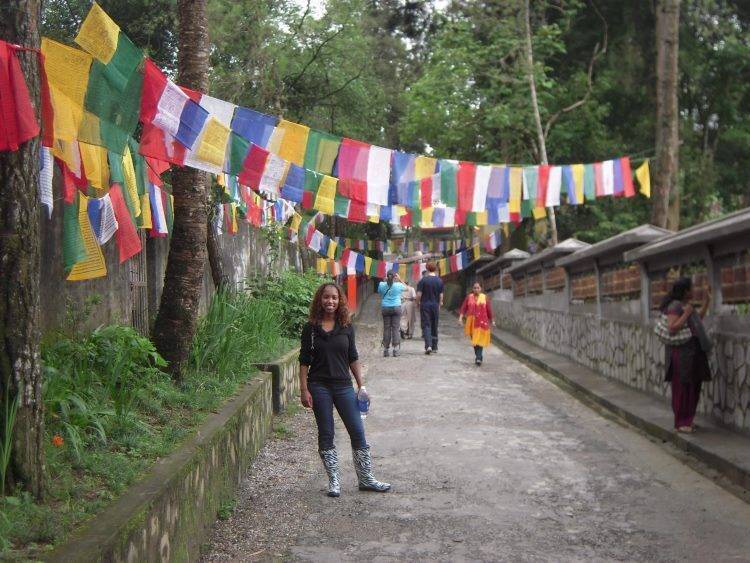 JU: Can you describe C.O.R.E. and why it was necessary to create?

CP: I was doing case management after working in pediatrics in hospitals for a while. When I was in case management with adults, I noticed every time that I left an appointment, the patients would always ask me the same questions,

I thought, “Wow, there’s such a need for this!”

We wanted to create C.O.R.E. to base it on health literacy. That’s our biggest component to C.O.R.E. - how can we go into places in our own communities where people have chronic conditions or they’re seeing the doctors but they don’t know what questions to ask. So, we decided to do health classes in the community.

For example, we teach a class on blood pressure and the curriculum includes,

We partnered up with the American Heart Association and were able to create a program with them where can ask us questions in class. The classes are two hours for four months and they meet once a month. Each time they go to class, they learn something different. A few of our topics include,

Each month they learn something different and we incorporate exercise, too. 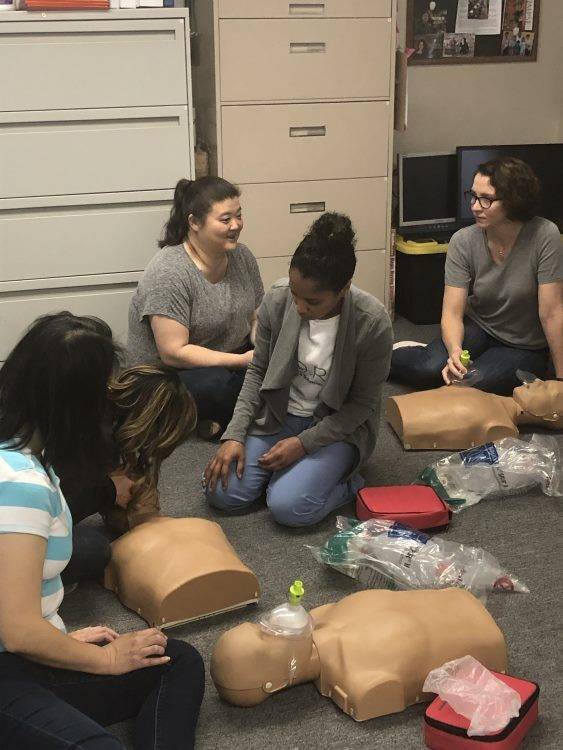 JU: What have you learned about people in general by engaging in your work?

CP: I think the two things I’ve learned are, 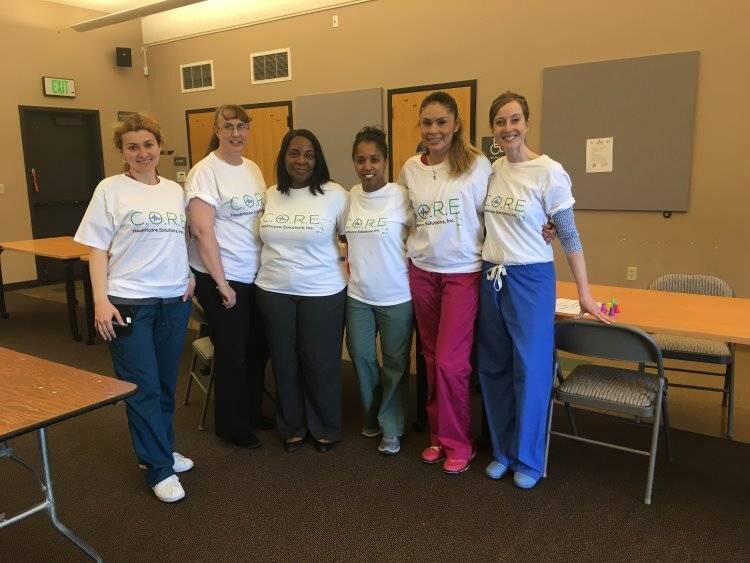 JU: What’s the most important advice you have for other nurses?

CP: To keep learning. No matter how many years you’ve been in nursing, always go back to your passion - like, always ask yourself in the morning,

JU: You’ve worked closely with children to help them get access to healthcare. Where has the industry fallen short for kids?

CP: I think mental health is one of the big things for kids. There aren’t that many resources to begin with in the healthcare system. I feel that, usually in schools, administration may assume a child is acting out when actually it could be that the kid has a mental health issue.

Due to staffing shortages, which lead to the lack of mental health diagnosis, individualized service plans and therapy for struggling students are usually non-existent.  So, I think that’s something in pediatrics that may be falling short. 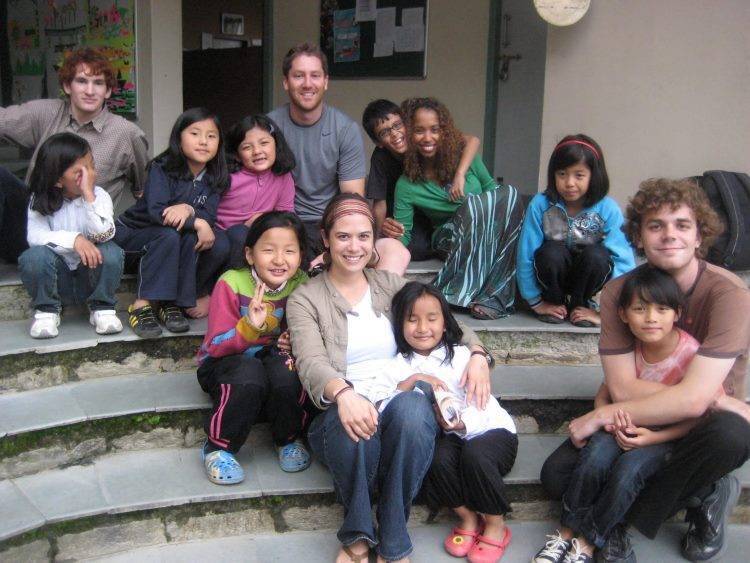 JU: You’re also an educator. What is the most important thing you try to teach people about their own self-care?

We have to remind them - even with men, too: “You can’t worry about the whole family if you’re not taking care of yourself.” Everything will fall apart. Your health should be your biggest priority because once you’re healthy, everything will fall into place. Your financial literacy will fall into place, your work will fall in place and everything else too because you’re able to think. That’s one of the most important things people forget how important their health is until their health is in critical condition. 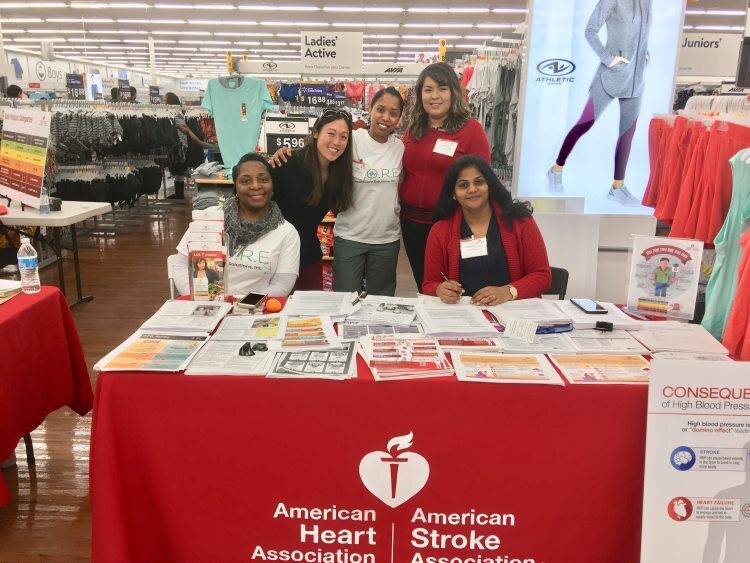 JU: There are many ways the U.S. is falling short with its healthcare system. Which areas stand out the most to you?

CP: I think the U.S. falls short with community health, honestly. There are large hospitals, there are clinics, but there are a lot of communities that, if you go from one zip code to another, there’s like a 10-point drop in life expectancy.

There are a lot of times in minority communities or low-income communities where I believe they’re not as focused on healthcare because the community may not follow-up with healthcare as often. A lot of providers may be frustrated with them because they think their patients are being noncompliant. And I say to the providers, “Have you asked them where the noncompliance started?”

It’s important to at least try to find out why the patient being noncompliant. If you can find out what the root of the issue is, then we can actually provide community resources to help them. 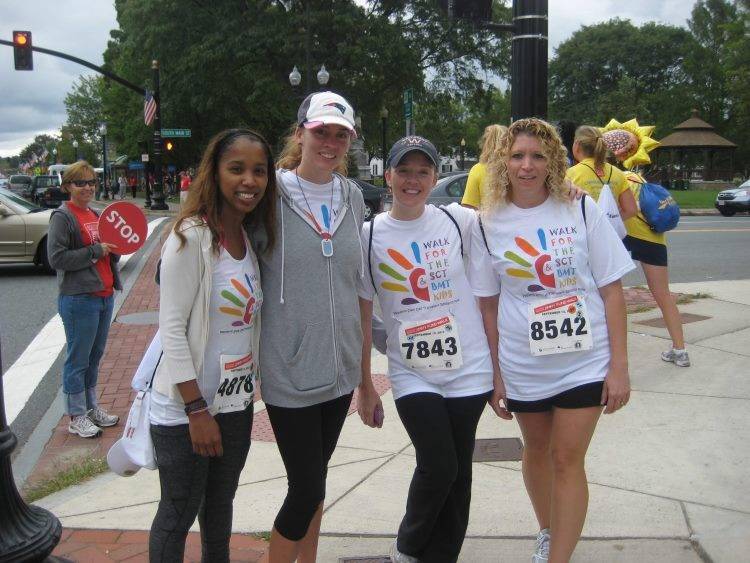 JU: How can nurses become more involved in community and  international aid work?

CP: For nurses, there are many opportunities to start changing their local communities including,