Lt. Col. Barbara Nichols, at the age of 95, is the oldest military nurse alive today - she has heroically served in 3 wars. On Monday, the Seattle Seahawks' Century Link Field erupted in cheers as she stepped on the field - in uniform - and raised the “12” flag during their annual military tribute. 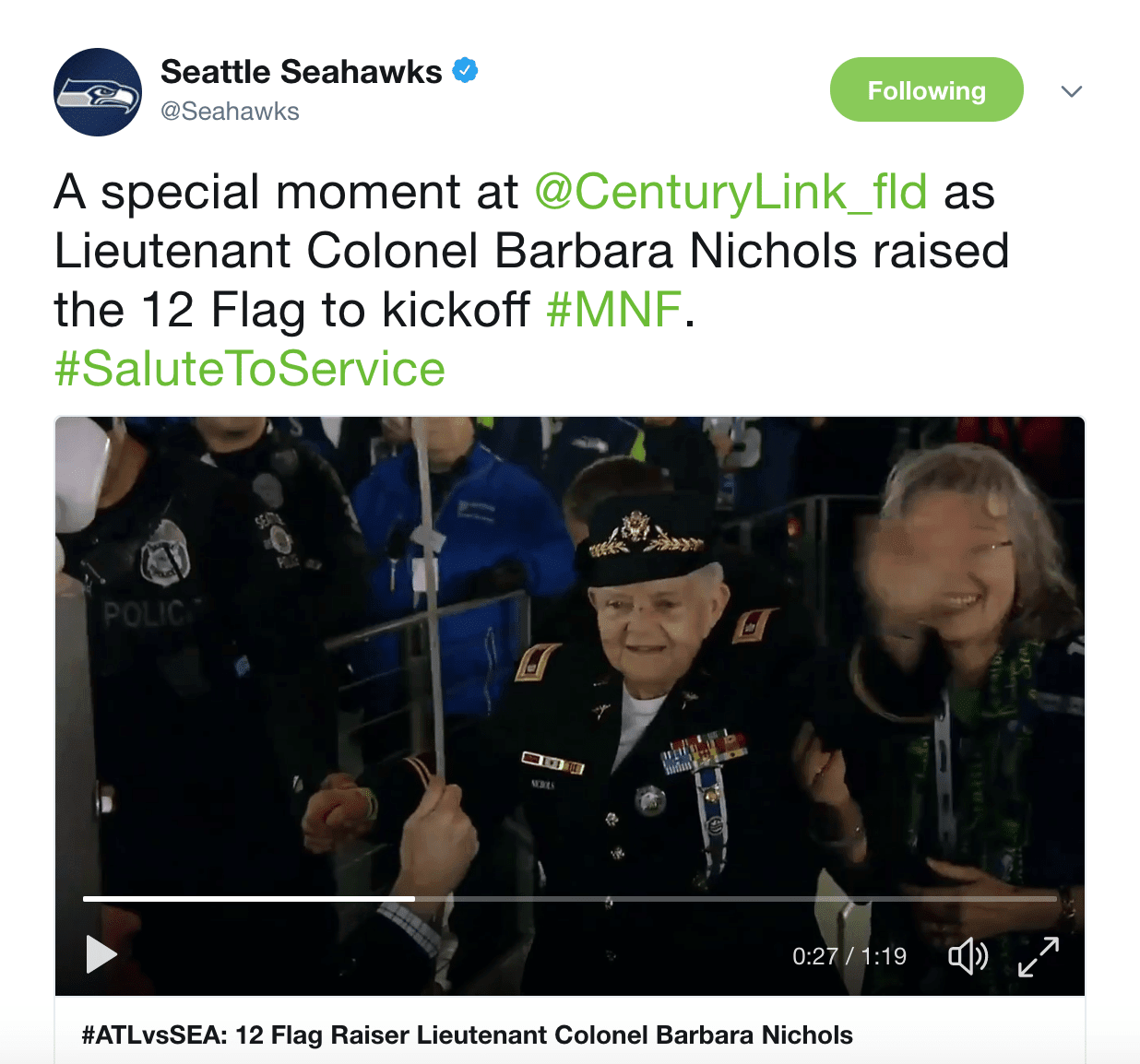 Once a nurse to President Dwight D. Eisenhower at Walter Reed Memorial Medical Center - Nichols remains an active service member to this day. She was an original member of the U.S. Cadet Nurse Corps. and is a bronze star recipient. Nichols served in the Vietnam war, Korean war and WWII - she served in the United States Army from 1945-1969. She comes from a military family, her father served in WWI and her brother also in WWII. 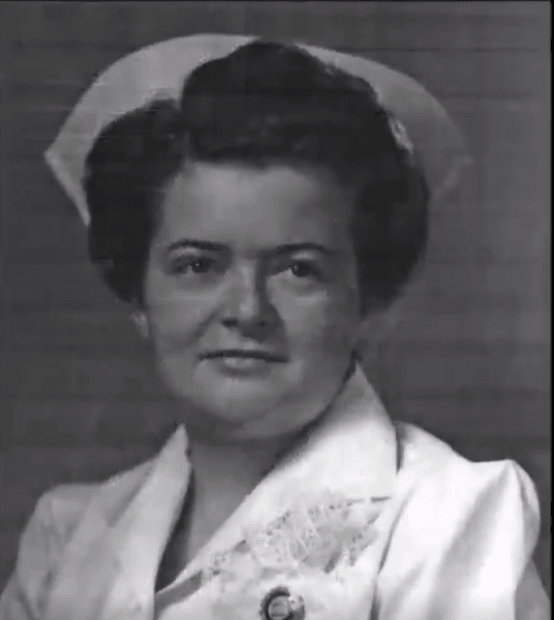 Nichols said it was “an honor” to meet the players she “sees on T.V all the time.” At Friday’s practice, she was the guest of honor as every player on the team lined up to greet and thank Nichols for her lifetime of service. Coach Pete Carroll presented Nichols with a personalized Seahawks jersey. 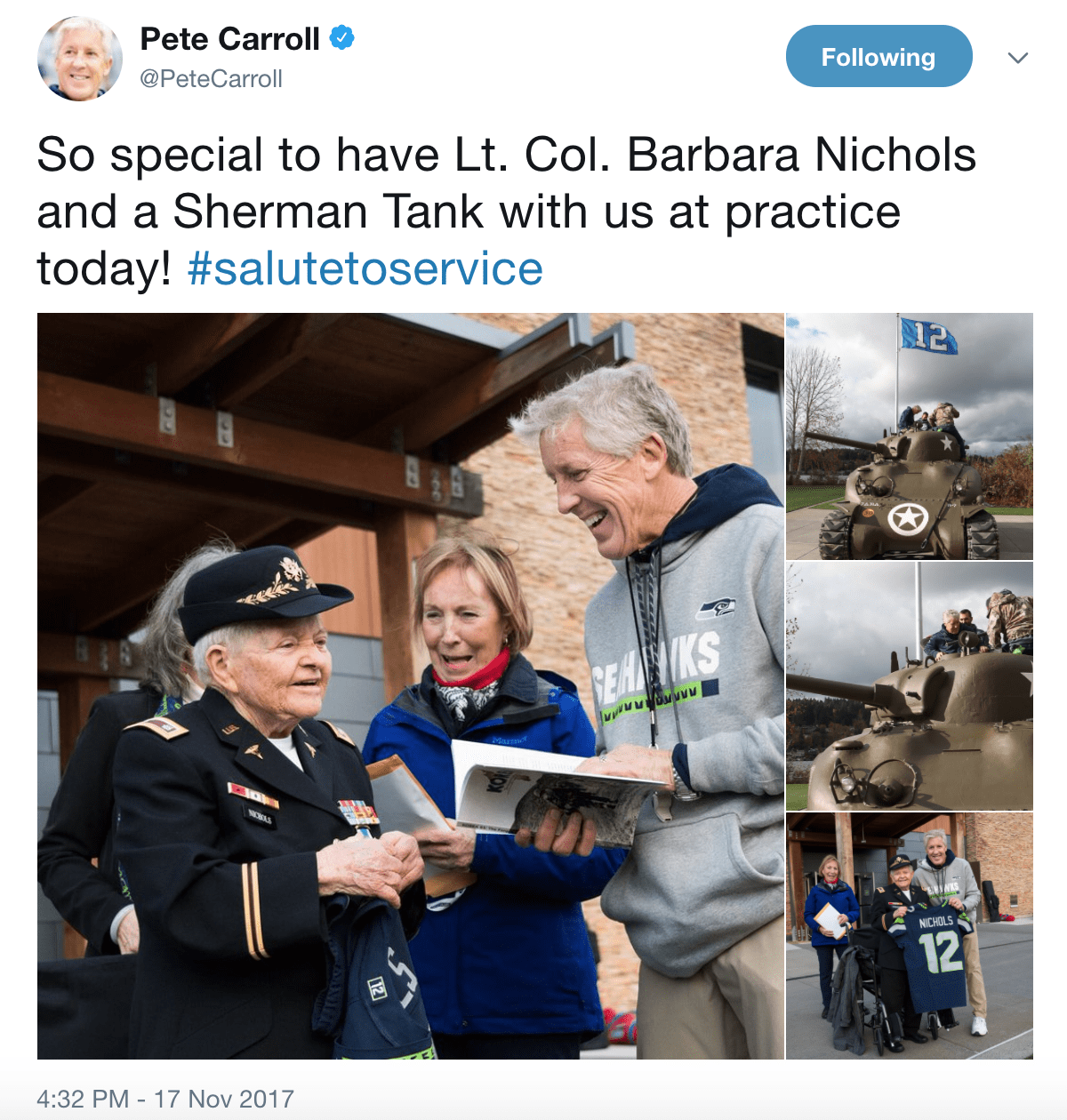 Nichols shared a bit about her experiences in the military,

“I saw a lot, I was in the three wars—Korea, Vietnam and World War II. World War II was different, no one had heard of the Cadet Nurse Corps. I worked at Boeing, President (Franklin D.) Roosevelt started the Cadet Nurse Corps because they needed nurses for World War II, so I joined, got three years training at Everett General Hospital, became an RN. Then I went on active duty and went right to Korea. I did Korea, then the next thing was Vietnam, that was the hardest one to do. Really hard. But survived that one.” 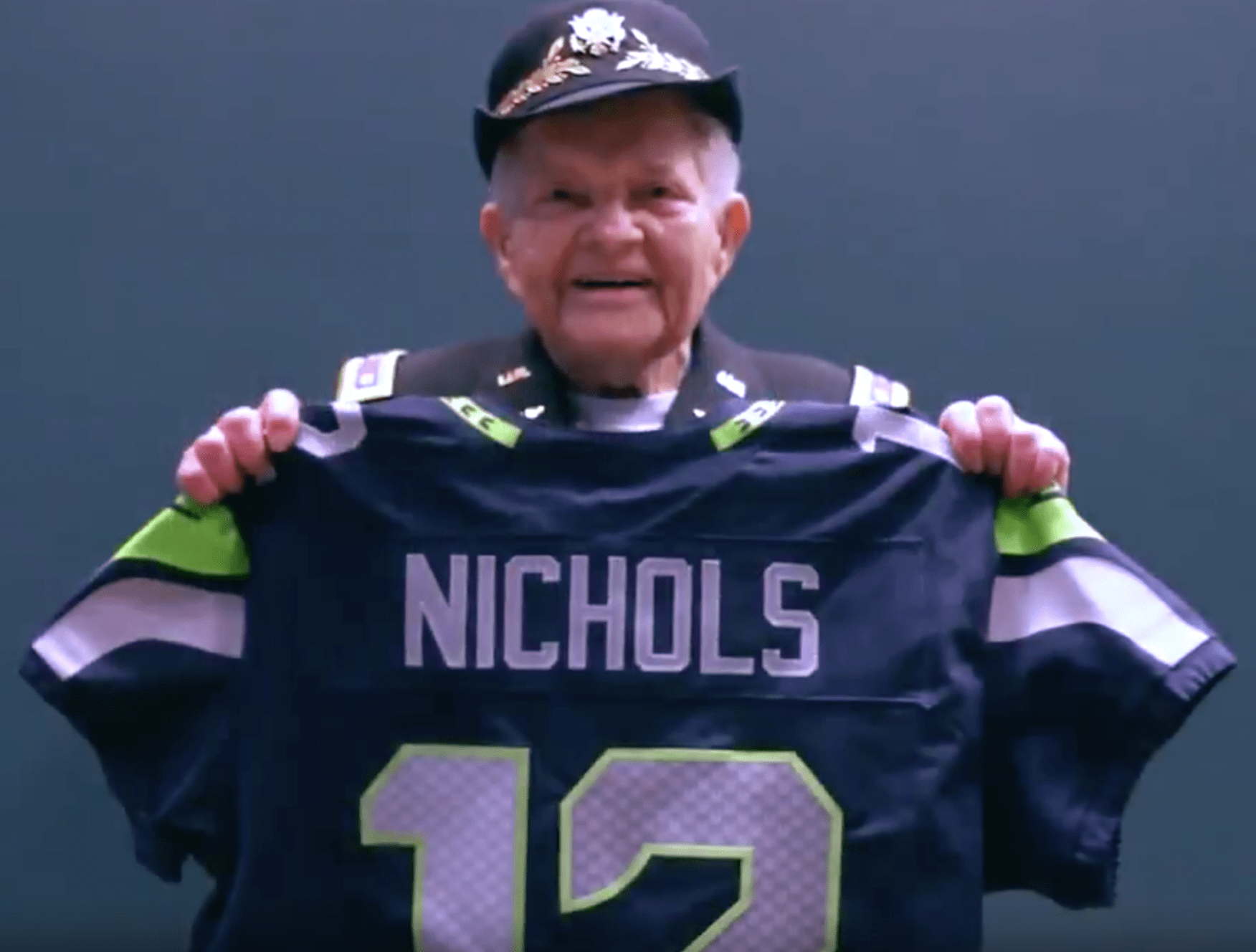 Learn More About A Career As A Military Nurse

The United States Army Nurse Corps was established in 1901, and since then nurses have played a pivotal role throughout history as caretakers for the heroic men and women who fight to defend our freedom.

Nurses who wish to serve their country can be part of the Nurse Corps of any major military branch – Navy, Air Force, Army, and Coast Guard.

Serving as a Nurse in the United States Military is not only a rewarding career but, also a career with plenty of growth and exceptional benefits. 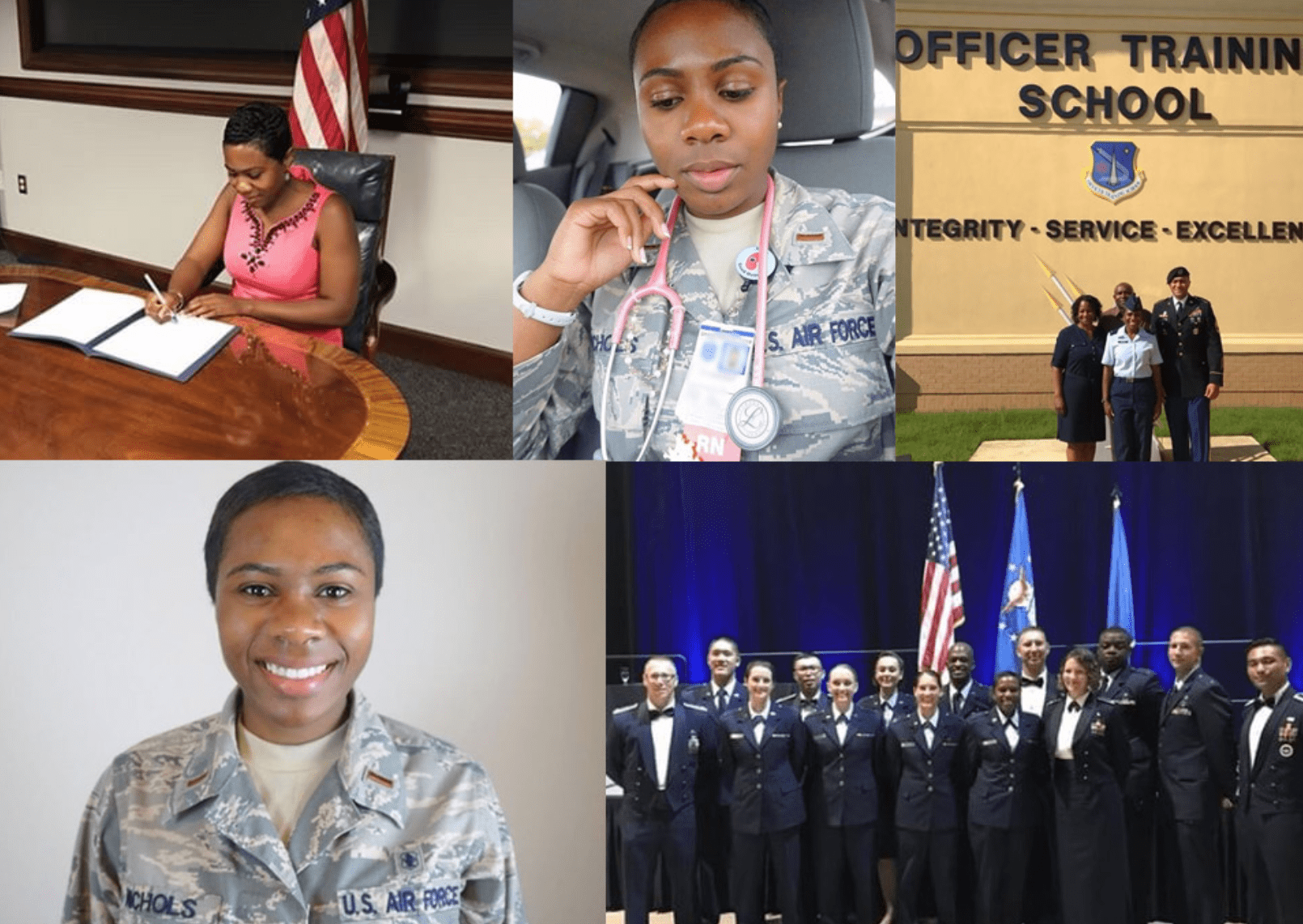 Nurse.org recently interviewed a current Airforce Nurse, Jay Quinn, to learn about the career path and get the scoop on career growth, salary, benefits, and scope of practice.