Gately is a nurse who has spent decades volunteering in third world war zones ranging from Africa to Afghanistan. As an expert on the plights of the world’s refugees and displaced peoples, she has been published in outlets such as BBC News World Online and is the award-winning author of three books. Her most recent book and first non-fiction piece of work, “Footprints in the Dust,” won American Book Fest's Best Book in Non-Fiction and was just named a Silver Award Winner in the 2018 Nautilus season in the category of Journalism & Investigative Reporting. While her first two books were works of fiction based on her work with refugees, “Footprints in the Dust” is the riveting real-life account of Gately’s life providing aid in some of the world’s darkest corners.

After a career spent witnessing some of the most unspeakable horrors in the most unimaginable conditions, Gately’s words are inspiring, heart-wrenching, and motivating. The nurse who has dedicated her life to serving others recently chatted with Nurse.org on how she got her start as a volunteer nurse, how she copes with the tragedies she has seen, and how she believes all nurses can help those struggling across the world. 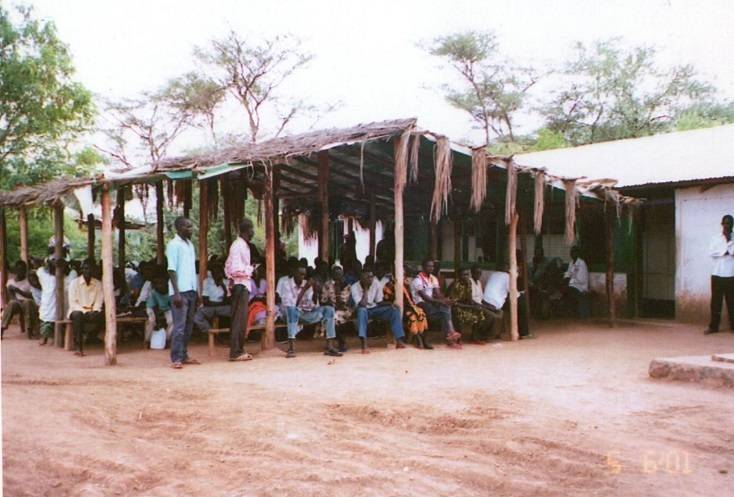 “The Best Work I Would Ever Do”

Gately tells Nurse.org that although she had always had the desire to volunteer as a nurse, it wasn’t until she watched a particularly gripping news story about Afghan refugees fleeing to Pakistan that she finally decided it was time to act. Working as an inner-city ER nurse at the time, Gately says she was prepared to deal with the trauma and sadness she knew she would encounter in her travels. “I was sure I could help,” she describes. “I’d never felt surer of anything.”

Although the situations that Gately has encountered are hard to even fathom, the nurse explains that she has managed to get through them by focusing on both her background and training as an ER nurse and the fact that her patients need her.

“I knew that whether in the ER or with refugees, no one needed my self-absorbed angst, they needed my expertise, and it was the one thing I was sure I could deliver,” she points out. “I’ve always known that my work with them was about them and not about me and I’ve always known as well that working in those situations—often without electricity, running water or simple amenities—was the best work I would ever do.”

From babies literally starving to death to children dying from hidden land mines in rare moments of play, Gately has truly seen the worst of the worst of situations. And she notes that the plight and sight of refugees we may see on TV pales in comparison to seeing their situations up close. “It is utterly heart-wrenching to see them in person,” she says. “They are bedraggled, often dressed in tattered, threadbare clothes, many of them gaunt and hollow-eyed and desperate for help. And the help is not close to the care we can provide here.”

Most of the time, in refugee settings, Gately and the rest of the volunteer healthcare team is forced to deliver care without electricity, running water, modern medicine, or technology. And still, she says, they stay positive. Because while the rest of the world sees misery, aid workers see the possibility to provide the best of care in the worst of situations. “Aid workers are among the world’s most optimistic people,” Gately adds. 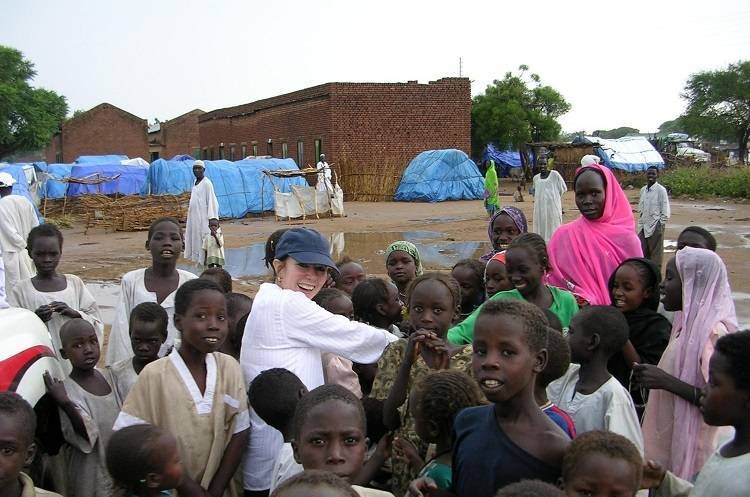 That form of optimism has fueled Gately throughout her career and inspired one of her trademarks, as well as the title to her one of her books—that even though the worst of situations, the most severe of conditions, and the most hardships she has ever witnessed, she has continued to keep one bright spot in her life, thanks to her daily lipstick application. Making a point to always wear lipstick, an act that many of the female aid workers practice, help them be a literal point of brightness in otherwise bleak situations. And Gately’s favorite brand for long-lasting wear, even in the heat of Afghanistan? “Maybelline Super Stay 24 Color,” she says. “Best lipstick ever!”

With all that she had done in her life so far, you may be wondering how on earth Gately has had time to write not one, but three incredible books, but the nurse author shares that she’s actually been writing since the ripe old age of 7. Interestingly enough, it was actually her chosen profession as a nurse that provided her with her first opportunity to become a writer, when she published pieces with the Journal of Emergency Nursing and several other nursing journals. And when a reporter in Iraq suggested to her that she should write a book, Gately’s world changed—she came home immediately and started writing.

Having seen the power that words can hold, and the impact that they can make, Gately believes that all nurses should try to share their own stories with each other and the world. After all, who has more to share about humanity than a nurse? “We all have special stories and I encourage nurses to give it a try,” she suggests. “Write for a journal or a nursing site…and share your stories with the rest of us.” 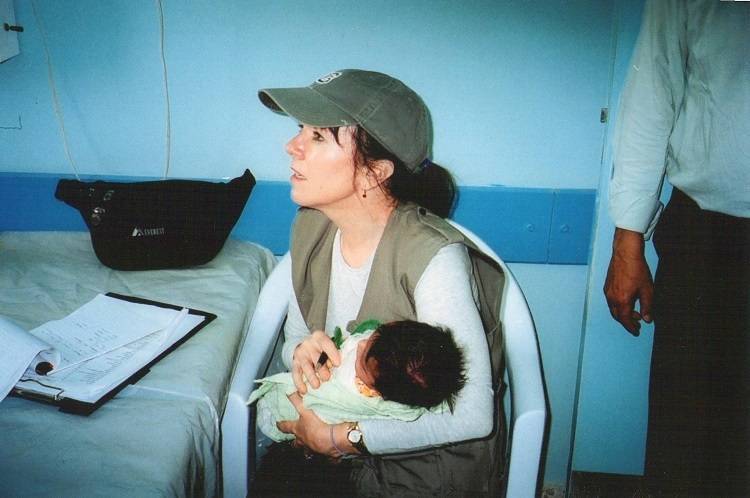 Along with sharing stories, Gately says that nurses who are interested in volunteering or supporting efforts to help refugees can get involved with organizations that welcome newcomers, such as Doctors Without Borders (MSF) and The International Medical Corps (IMC). She also recommends donating to reputable organizations, staying educated by reading about the situations overseas, and “keeping those who are affected in your thoughts and prayers.”

As for Gately, she is continuing to stay busy by working in a Boston hospital, writing when she can, and speaking regularly on refugee issues. The hardworking nurse admits that her work has made her acutely aware of the “misery” with which so many people around the world are forced to live with, so she remains immensely grateful for the freedoms and comforts of her life in the United States.

And yes, sometimes those creature comforts most definitely include her favorite long bubble baths and chilled wine. After all, if anyone deserves a little downtime, it’s definitely Gately.

Learn more about Gately and order her books on her website, www.robertagately.com.