Get the latest news for nurses
NEWS
November 3, 2017

It’s been over a month since Hurricane Maria devastated Puerto Rico. Since then, nurses have been answering the call for help by volunteering their services throughout the area. They are returning and sharing stories of devastation, lack of resources and a looming mass-health crisis. Many nurses have reported providing care in isolated and impoverished areas of the island that have never received federal aid.

The official death toll from the storm is 54 - however, the Puerto Rican government admits that over 900 people have died post-hurricane Irma and have not yet been counted in the death toll.

Kathy Kennedy is the Vice President of National Nurses United and served as the lead RN for the healthcare team in Puerto Rico from Oct. 4- 18, 2017. Today, Kennedy testified in front of congress on the public health crisis in Puerto Rico. She says that the lack of electricity is causing preventable death and illness. NNU says the government is, “leaving Puerto Ricans to die.” 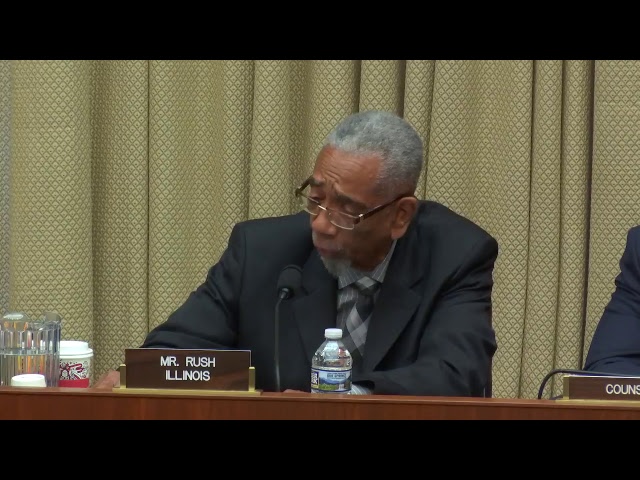 They “saw people who they are afraid will die before food, water or medicine can reach them," said Kennedy. 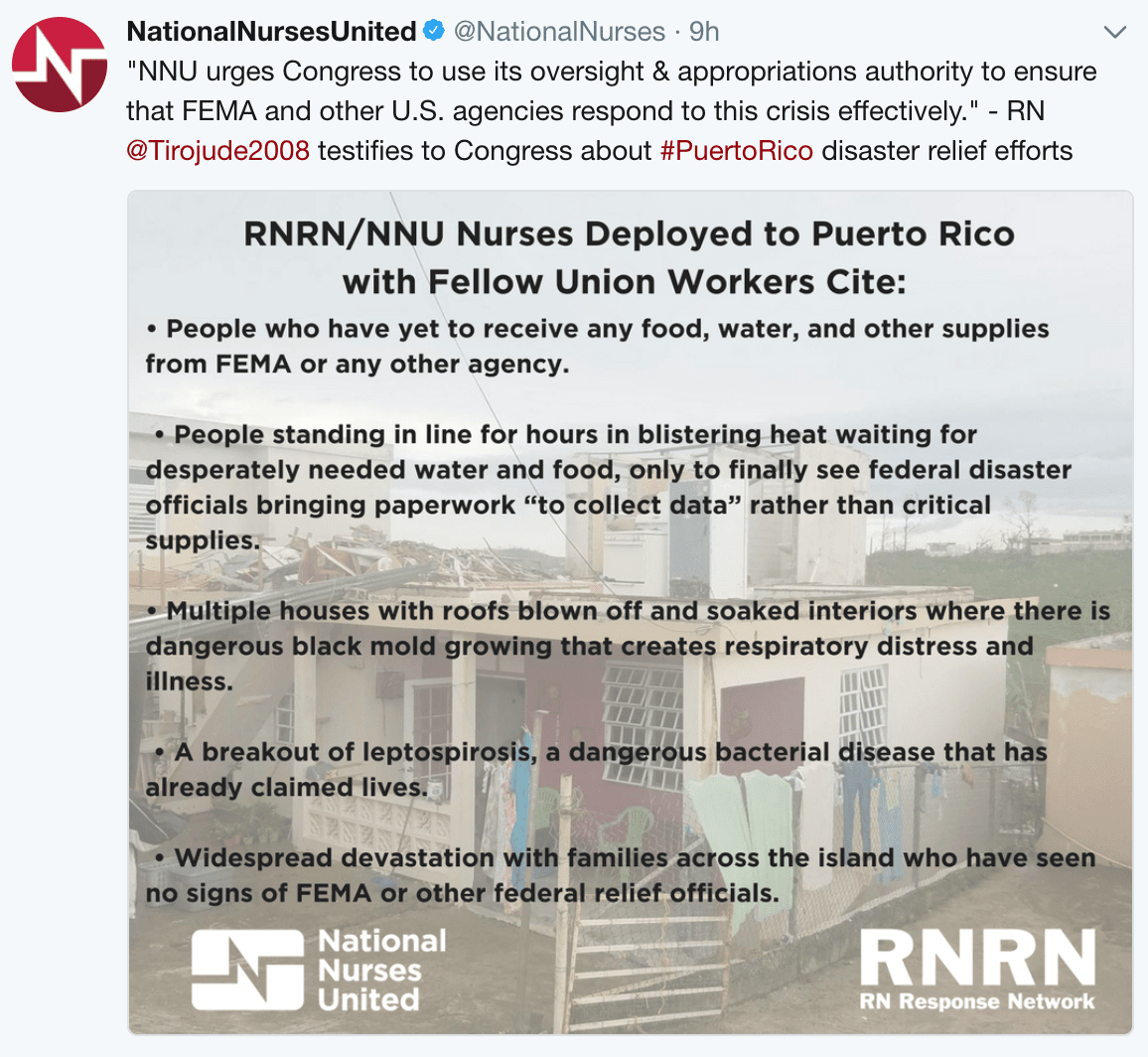 More specifically, the nurses are concerned with:

National Nurses United (NNU) Registered Nurse Response Network (RNRN) is a network of volunteer nurses. NNU is the largest union of nurses in the United States. They joined with a 300 person multi-union effort organized by the AFL-CIO for a 2-week medical relief humanitarian trip to Puerto Rico. They delivered over 35,000 pounds of supplies. 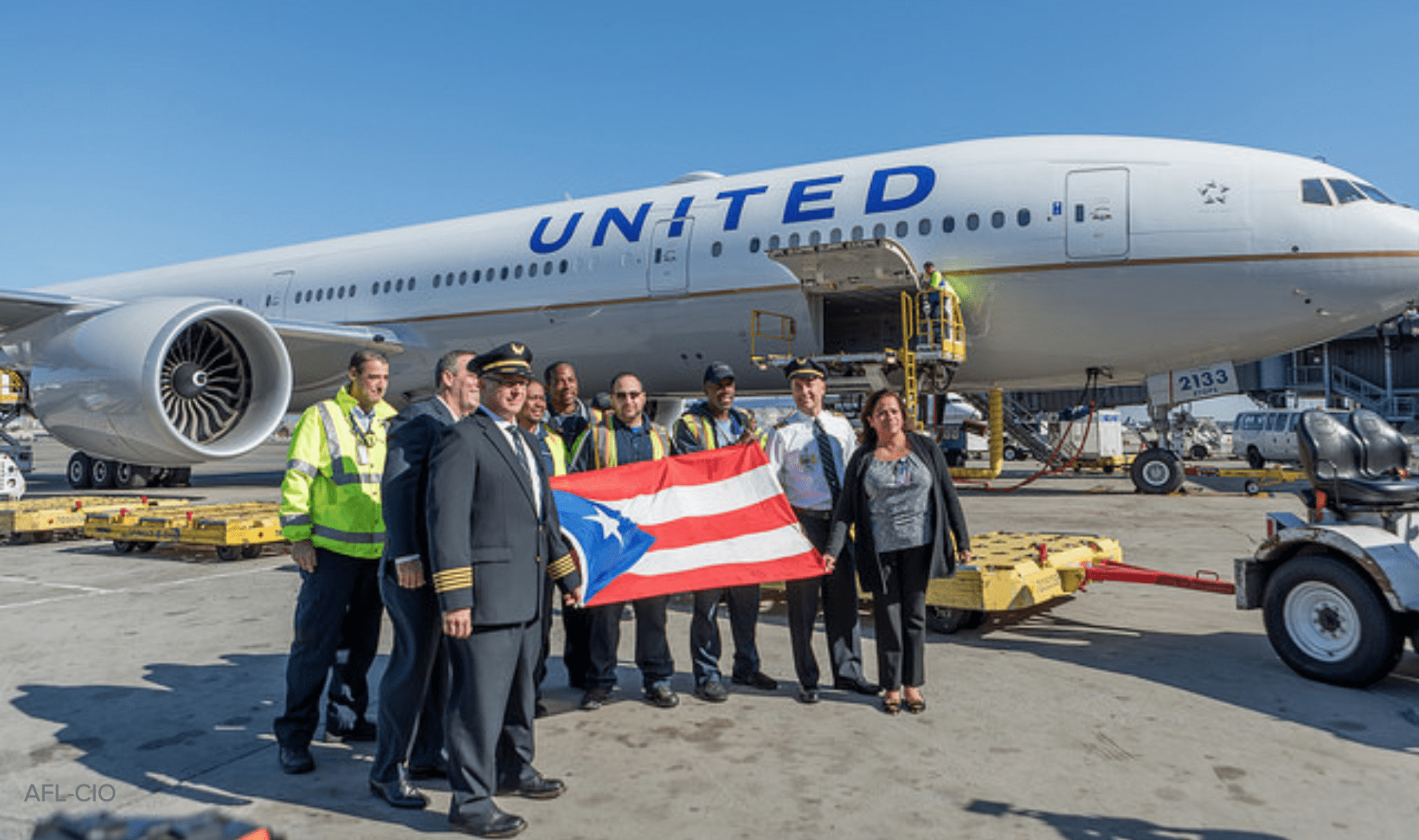 The unions that participated included:

The nurses visited multiple towns - many were in desperate need of help. They said some of the remote towns had never received aide and those that did receive help did not receive enough - some towns are still totally cut off from internet and phone service. 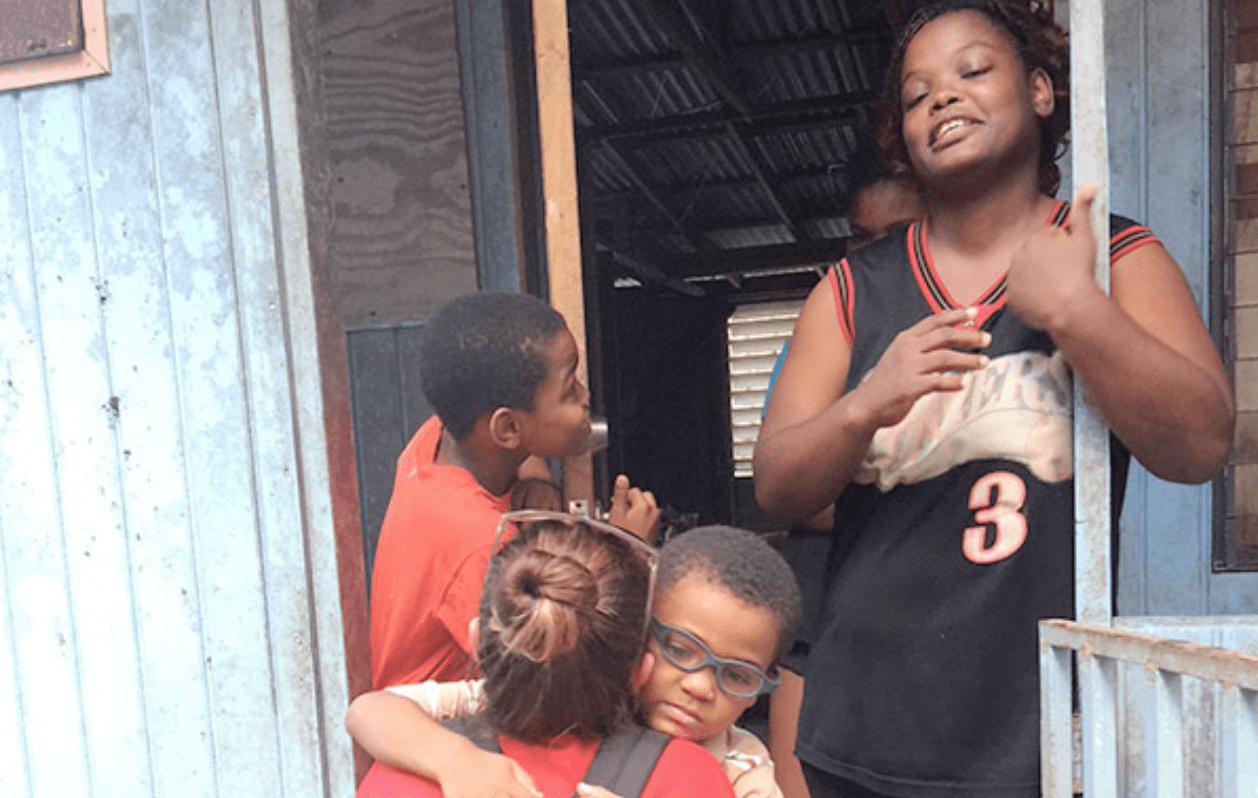 The nurses shared stories of hospitals lacking resources - where Doctors were using cell phone lights to perform surgery. They are also greatly concerned about the black mold that is quickly spreading throughout the area. Houses sit with roofs blown off and residents wet, hungry and without resources. Several stories involved children and elderly people suffering from severe hunger and dehydration.

As of today, about 70% of Puerto Rican residents are still without power.

FEMA has officially deployed 16,000 federal workers to Puerto Rico. While the government has delivered around 10 million liters of water and air-dropped food and resources to isolated areas over 700 times - the nurses who visited said, that’s not enough.

The agency says that the road conditions in Puerto Rico are making it difficult to deliver supplied, "with Maria, you had a number of road that were completely washed out and bridges were impacted," said FEMA spokesman, Will Booher.

However, according to reports by nurses returning from the island, processes are making it difficult for Puerto Rican residents to receive emergency aid from FEMA. Reportedly, they are requiring assistance seekers to provide copies of utility bills and bank routing number. Residents say FEMA is following up via text message and email. In a devastated area where the power grid has been down for weeks and where residents lost everything (including utility bills.) - this process is impossible for many.

Tesla’s owner Elon Musk has stepped in to bring power back to Puerto Rico. On October 26th, the company successfully installed solar panels at Hospital Del Nino (Children’s Hospital). The company’s donation is helping 35 permanent residents with chronic conditions and over 3,000 pediatric patients who utilize the hospital’s services. The company installed the solar panels by donation and have plans to expand the project throughout the island.

The Nurses who’ve returned from missions in Puerto Rico report that the USNS Comfort ship, a medical ship, sits off the coast of Puerto Rico - mostly empty. Only around 13% of the ship’s beds are filled - while mainland hospitals are completely overwhelmed and underresourced. 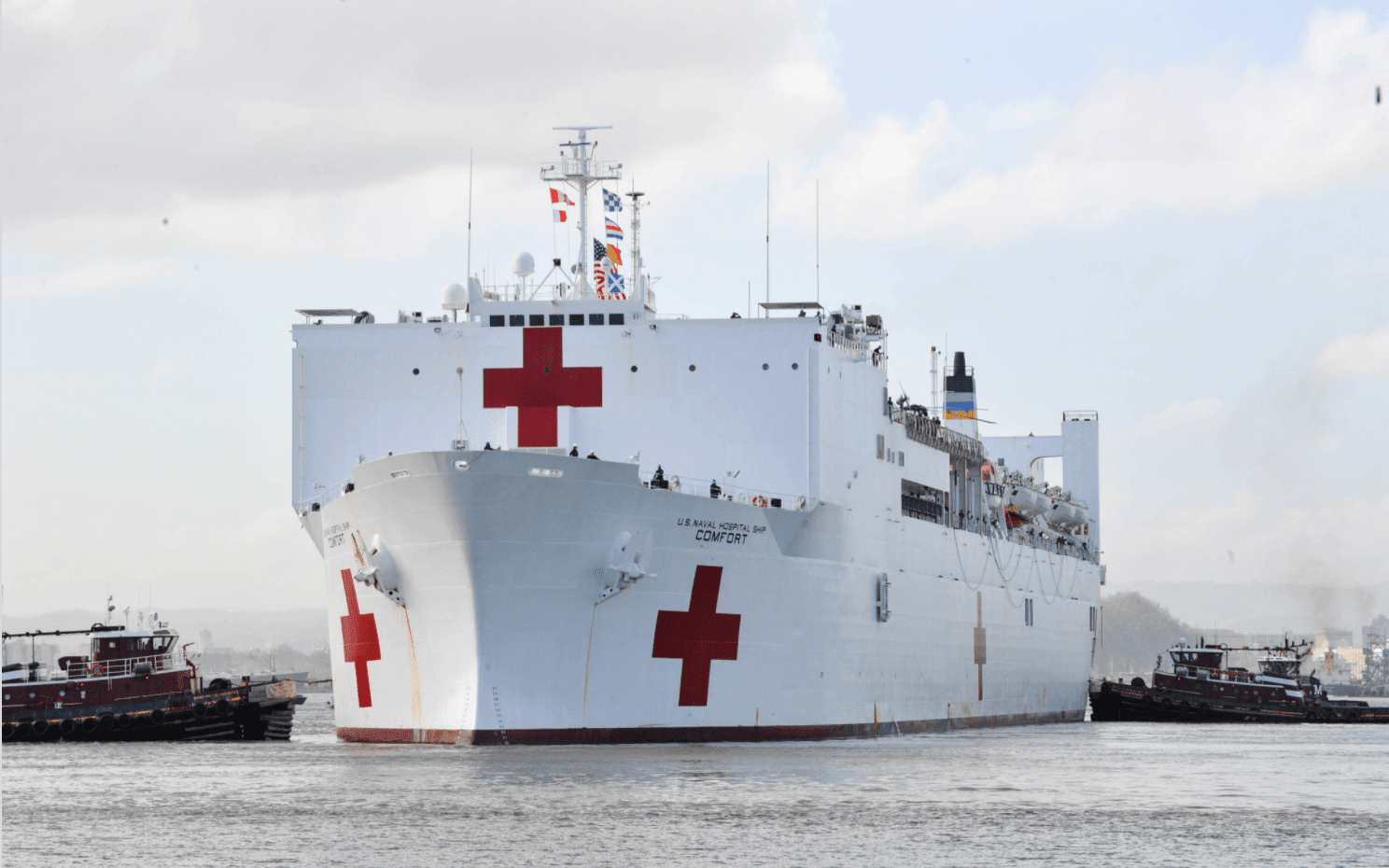 Reportedly, the beds on the ship are mostly empty because local hospitals don’t know the process to transport patients onto it. Local officials need to determine which patients to transport to the ship. Coast Guart Lt. David Connor stated in an email that, "only patients with critical needs requiring specialized care will be transferred to USNS Comfort."

"Over 100 patients have been treated to date, conducting logistics and medical support operations in Arecibo and Aguadilla," according to a briefing issued by FEMA.

Kathy Kennedy of NNU says hospitals on the island are struggling to care for patients. She has previously worked aboard USNS Comfort and she said in an earlier testimony that it is hard to believe that empty beds remain on the ship.

How Nurses & Medical Professionals Can Volunteer In Puerto Rico

In addition to National Nurses United, several other medical organizations continue to send nurses to aid with the relief efforts in Puerto Rico.

We reached out to Project HOPE, an organization that responds to natural disasters and emergency health crises around the world. Their emergency response strategy supports local health systems and facilities with immediate and long-term relief.

Project HOPE’s Senior Communication Manager, Melanie Mullinax, told Nurse.org that they are recruiting nurses to staff their mobile medical clinics in Puerto Rico. They are seeking volunteers through November and possibly into December. Their most urgent volunteer nurse need right now is for any type of Nurse Practitioner. Otherwise, they are looking for Spanish-speaking nurses with a wide array of specialties. Nurses interested in volunteering for Project HOPE in Puerto Rico can find out more details and apply at this link.

Project HOPE has already sent 14 volunteer nurses and more than a dozen healthcare professionals - they have provided care to 1,200 patients thus far. Their team cares for women, children, and families who have lost access to care and medicines since the Hurricane wiped out electricity and water supplies on much of the island.

Nurses who cannot volunteer to support the relief efforts at this time can get involved by spreading the word about Project HOPE or donating to our efforts in Puerto Rico so that we can continue sending medical volunteers to help those still in desperate need of medical care. Also,  nurses can visit the Project HOPE website to read stories of volunteers in action or follow HOPE on Facebook or Twitter to keep up-to-date on HOPE’s volunteer work.

Nurses can also read about their overall volunteer program and explore other volunteer options available in our sustainable development programs around the world.

According to the information on their website, RNRN is a project of the NNU and the California Nurses Foundation, a 501(c)(3) nonprofit. A national network of direct-care RNs powered by National Nurses United that coordinates sending volunteer RNs to disaster-stricken areas where and when they are needed.

Nurses wishing to apply to provide disaster response aid may do so here. 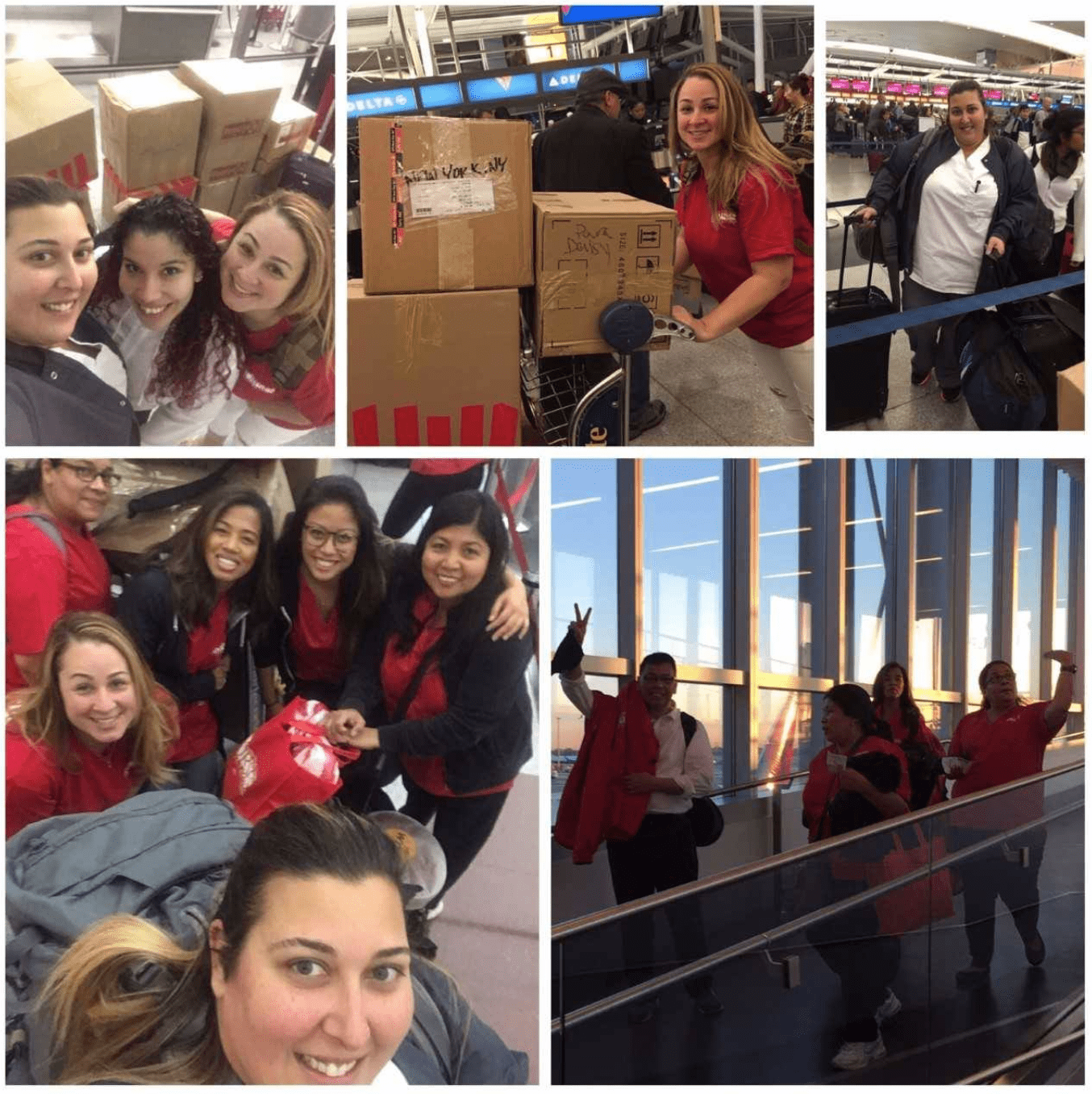 The National Association of Hispanic Nurses, New York Chapter shared that they are assisting with seeking volunteers at the Hurricane Relief Service Center in Harlem's Julia de Burgos Performance and Arts Center through the American Red Cross. 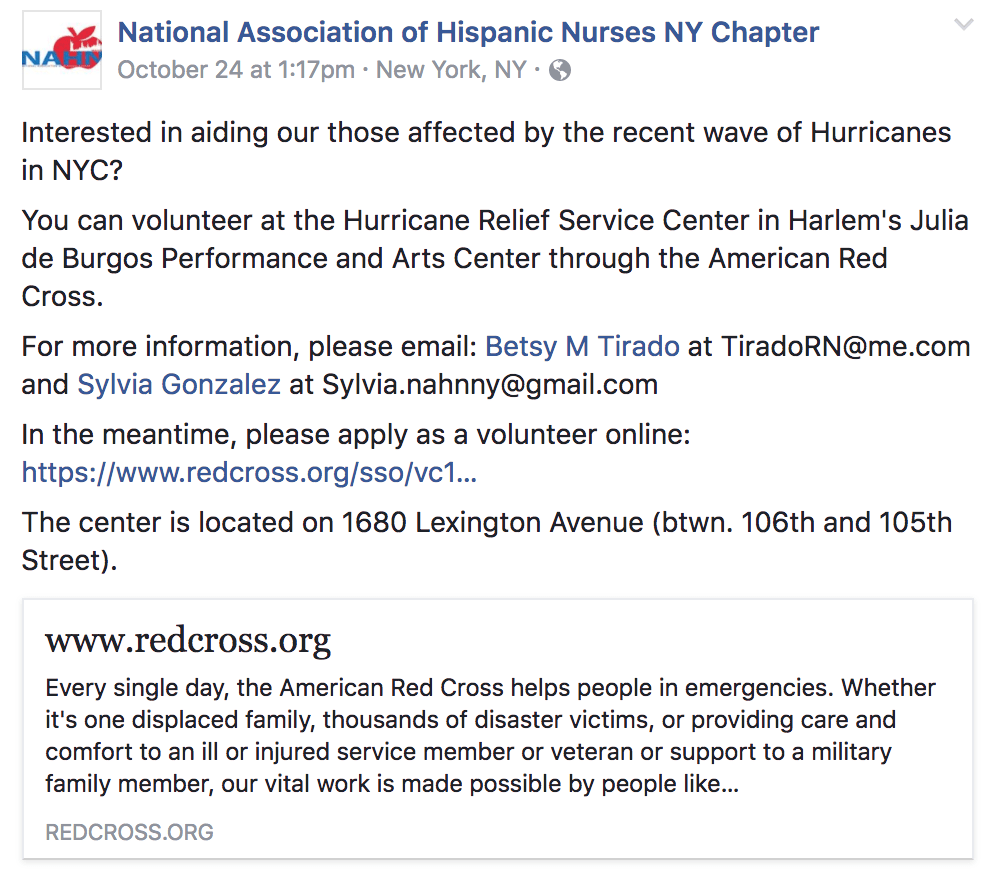 Those wishing to apply may apply here.

VOAD is comprised of multiple volunteers, community and faith-based organizations that are focused on disaster response. The Puerto Rico chapter is in need of nurse volunteers. Those wishing to apply may do so here.

Americares airlifted over 3 tons of medical aide the day before Hurricane Maria hit and has been actively providing disaster relief ever since. It is a non-profit organization that is active in disaster relief and development. Those wishing to volunteer may do so here.

Nurses wishing to apply through the American Red Cross may do so here.

Best Organizations To Donate To For Puerto Rico Relief

We checked the Charity Watch website for the most reputable organizations to donate to for Hurricane Maria Relief. According to that website, the charities listed here meet the following criteria:

The Related Charities listed below perform favorably in relation to CharityWatch benchmarks:

1) A charity should spend at least 75% of its budget on program services.

The top-rated charities, with an A+ rating, for donating to Hurricane Maria relief include: