Bay Area, Nurses showed up in the thousands to the Oakland A's Nurse Night & Hero Awards presented by Nurse.org!

We proudly honored 10 Nurse Heroes on the field during the pre-game ceremony. 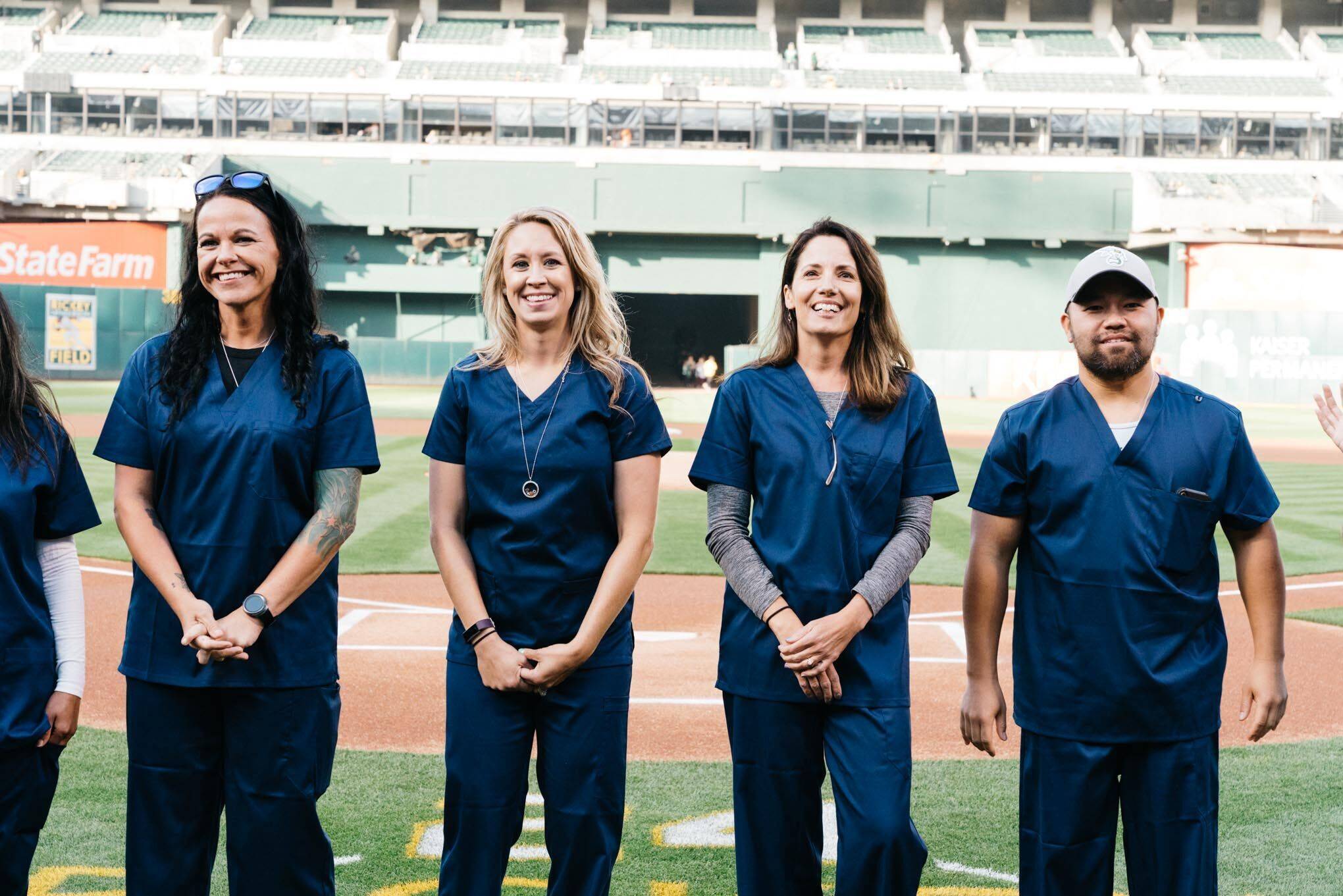 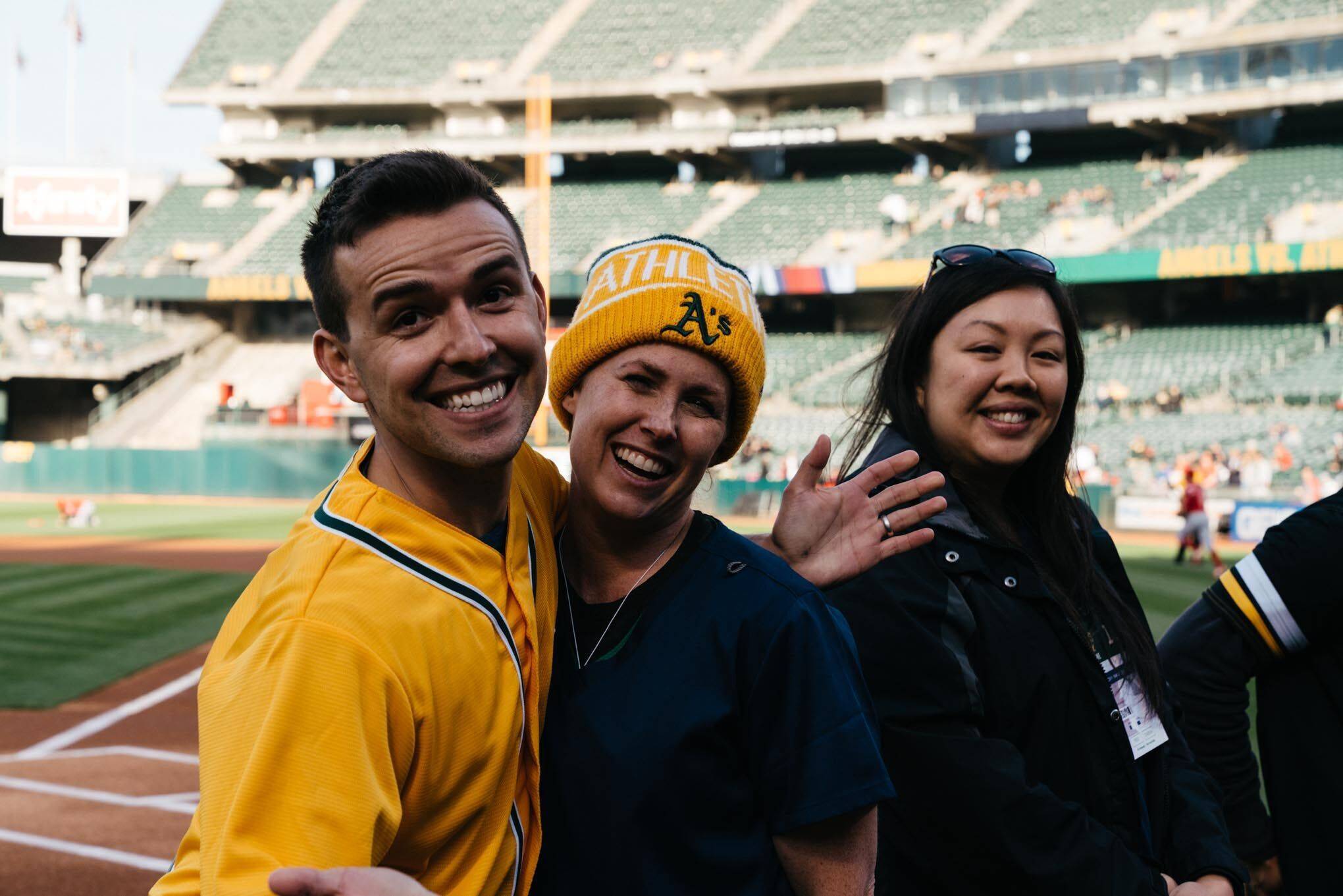 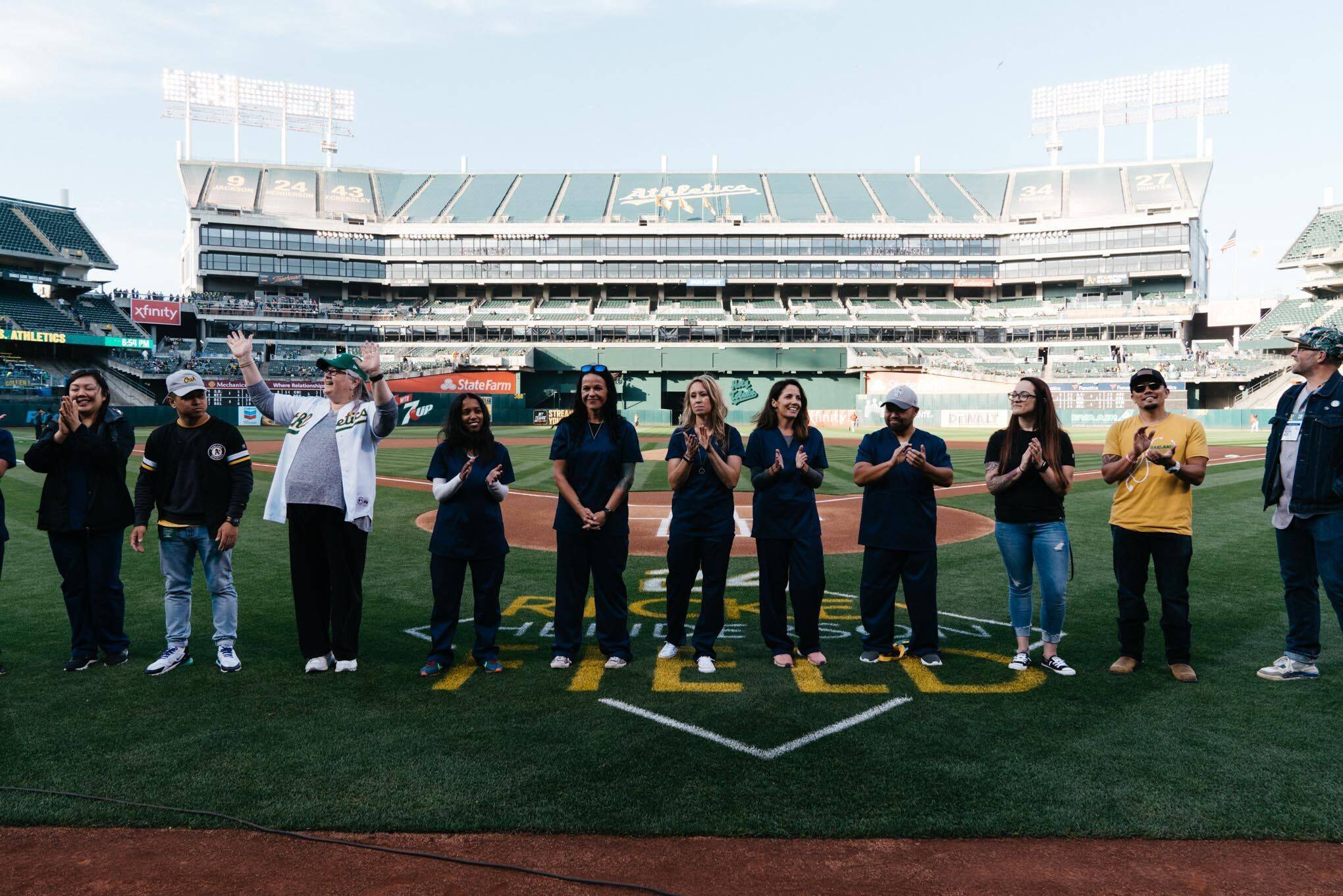 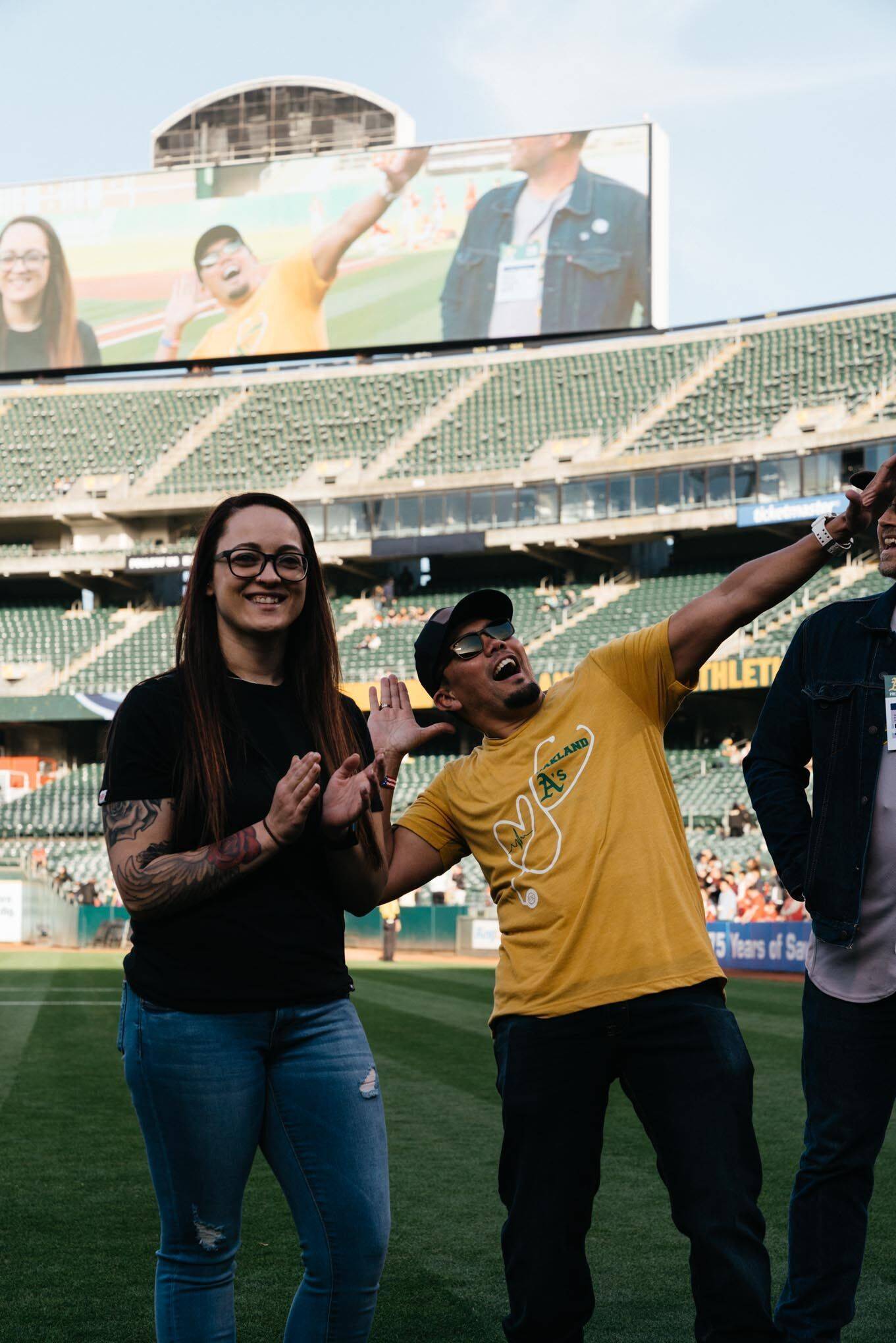 Congrats to Nurse Kayla Port who threw the FIRST pitch at the Athletics' Nurse Night! 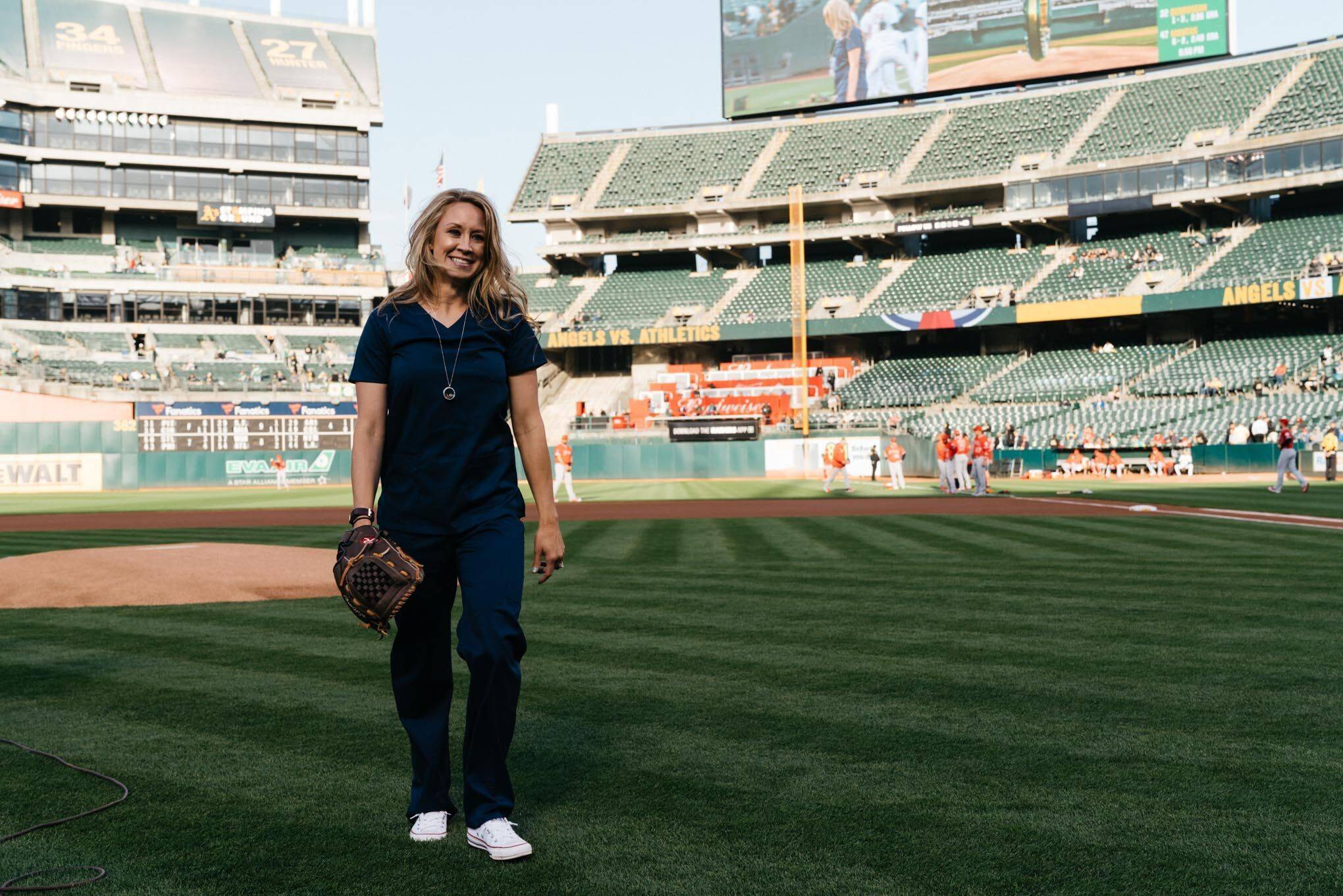 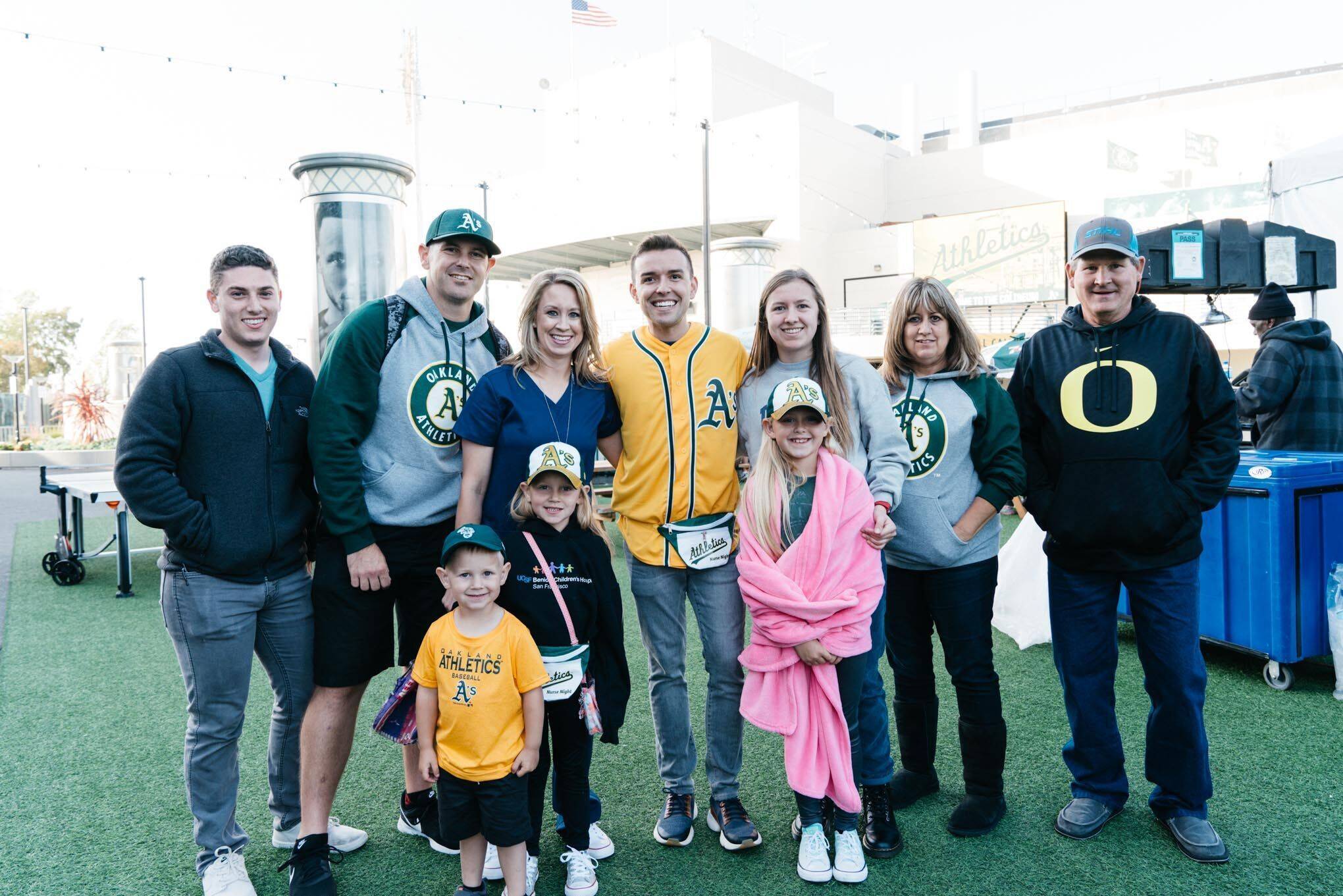 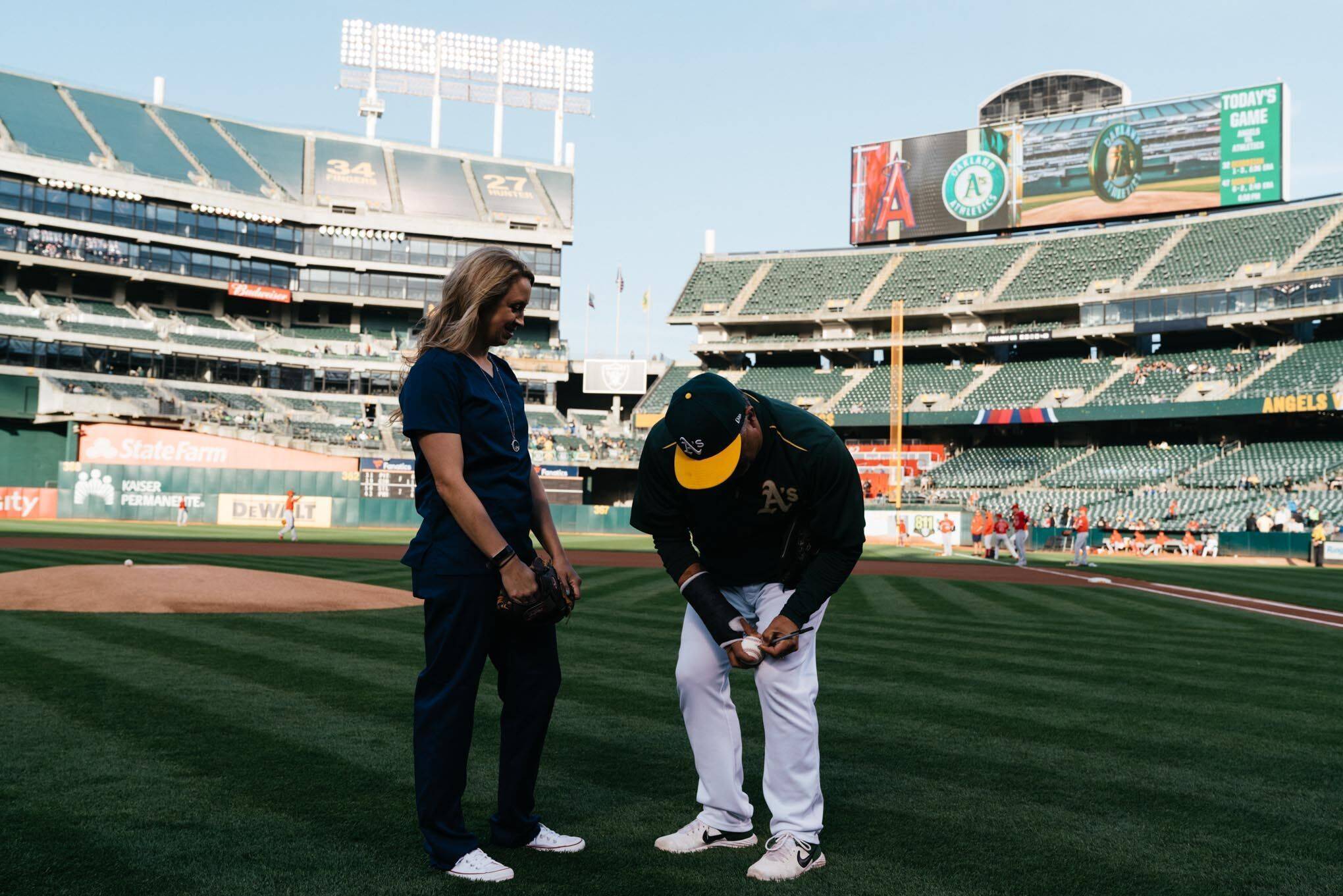 Not all heroes wear capes—some wear a coach’s uniform (and scrubs!) Emergency department RN, MICN and mother of three Kayla is a baseball/softball coach and a soccer coach for her children, as well as a member of the Oakdale Baseball/ Softball Association’s board of directors.

When she’s not busy coaching, however, Kayla serves as an elite member of a Level 2 trauma center, stroke center, and cardiac receiving center at Memorial Medical Center of Modesto, as well as at her hometown of Sonora Ca at Adventist Health Sonora Emergency’s department, where she provides care to many of the very people she grew up with and their families. The hardworking (and athletic!) nurse became an RN in 2011, following in her mother’s footsteps to become an emergency department nurse.

“ McKenna, Kaylee, Kody, and myself know the pride and dedication that our hero commits to, both as a mother and wife, but also as Registered Nurse,” says her proud husband and nominator. “Our hero is shy to recognition, but on the night of May 28th, 2019, she will shine for her co-workers, family, and for the Oakland Athletics!”

Nurse Blake joined in on the fun! 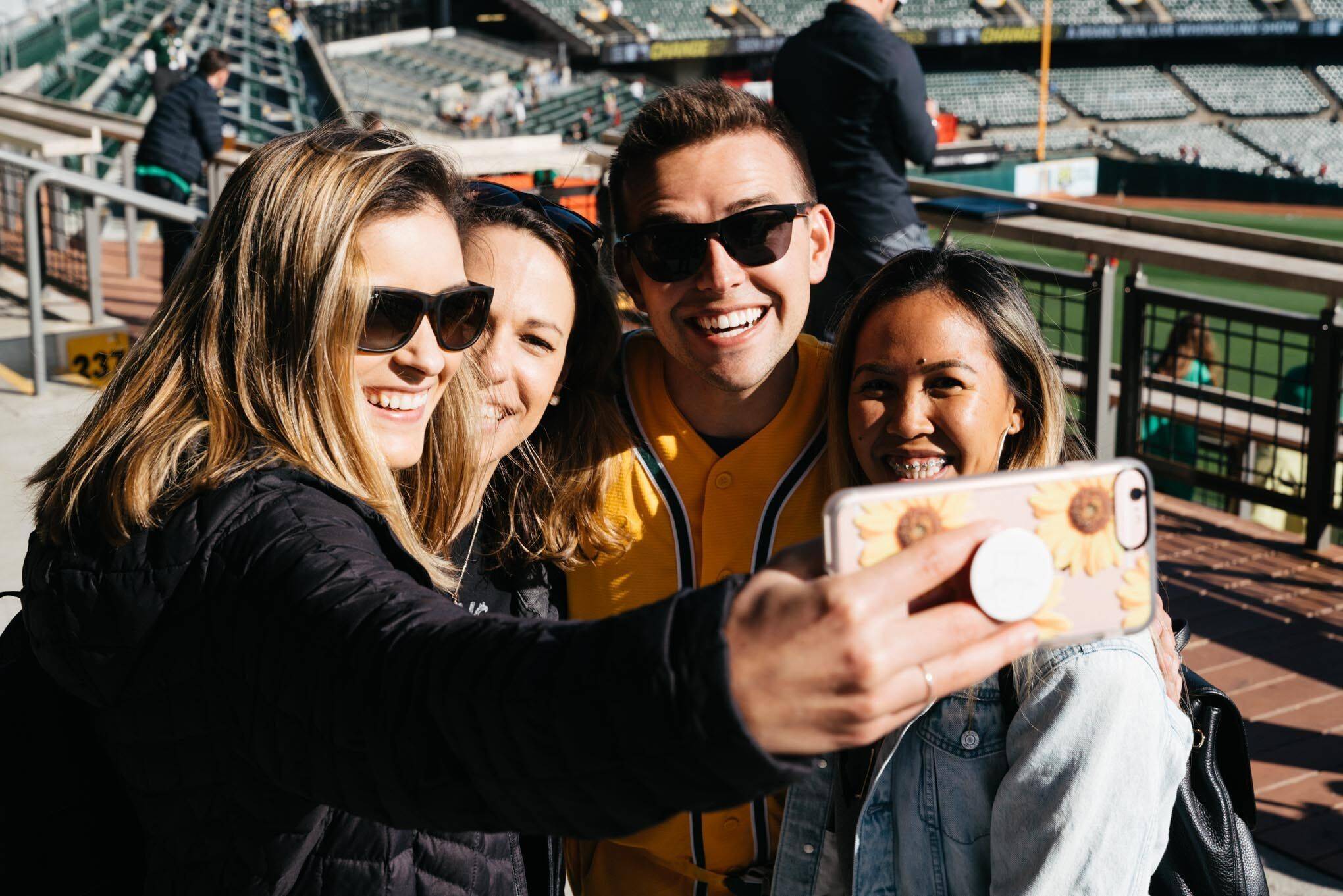 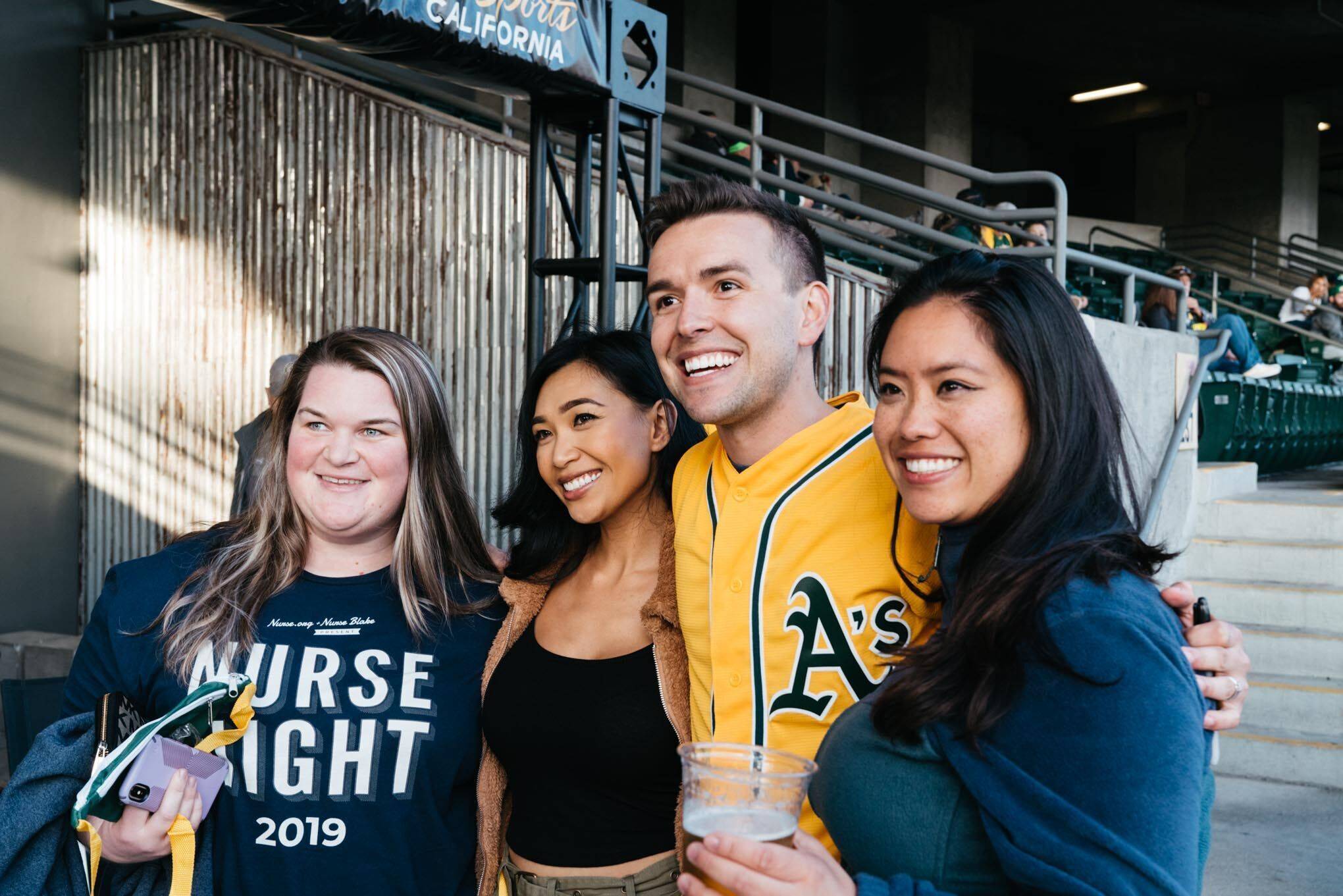 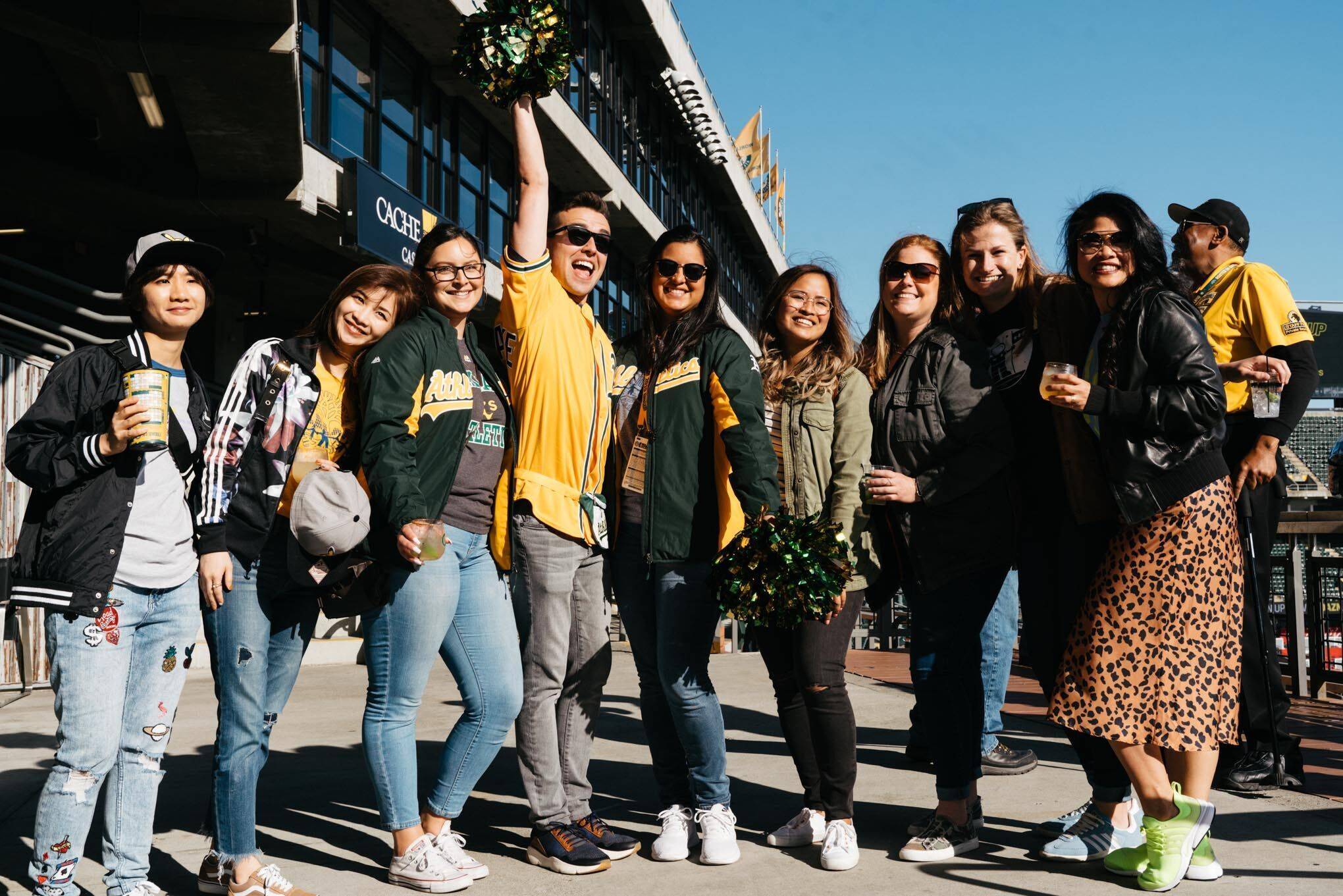 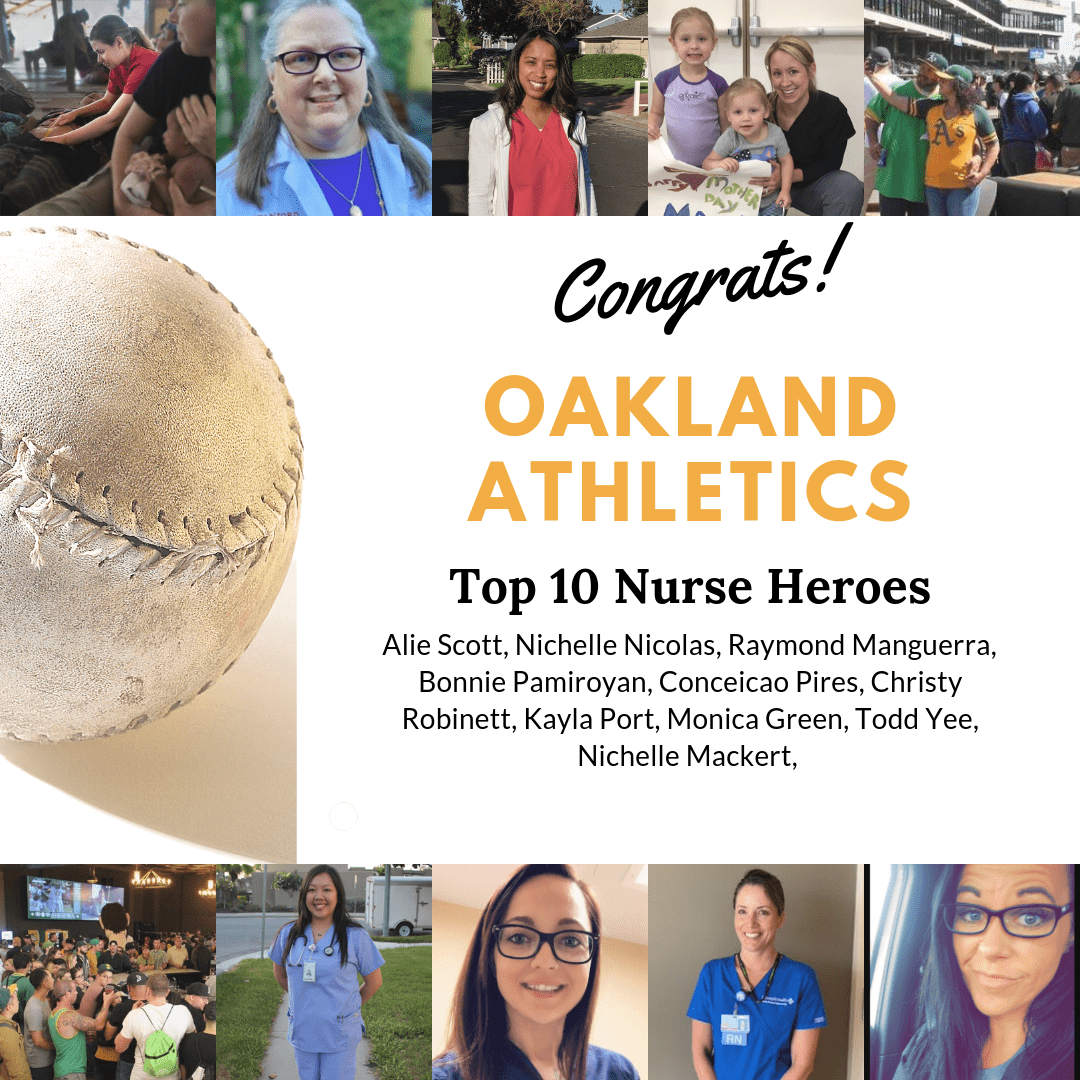 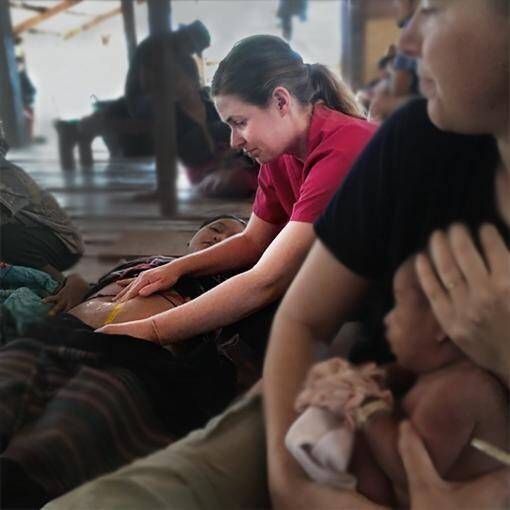 Alie gets the “amazing” nomination for both her working as an “amazing” ER nurse and an amazing A's fan. From her work volunteering to do lifesaving work overseas in war-torn communities to simply sharing her love and enthusiasm for a community game of baseball, Alie brings a natural love and passion for everything she does.

“Her kindness and care to her patients and fellow nurses is infectious, making the patients healthier and the nurses around her better,” her nominator describes. “She is the type of person that builds people up—with the caring compassion and patience a nurse should have. Her presence is healing to those in need, encouraging patients to heal and her presence reminds other nurses to do their jobs effectively and well.”

She continues to be a positive force to those who know her inside and outside of the hospital, on and off the field and as just one example, Alie once invited a whole group of nurses to the last A's nurse's appreciation game because she and her husband have been some of biggest A's fans since childhood. “If the A's are going to thank nurses, Alie is on the top of the list of A's nursing fans!” says her nominator. 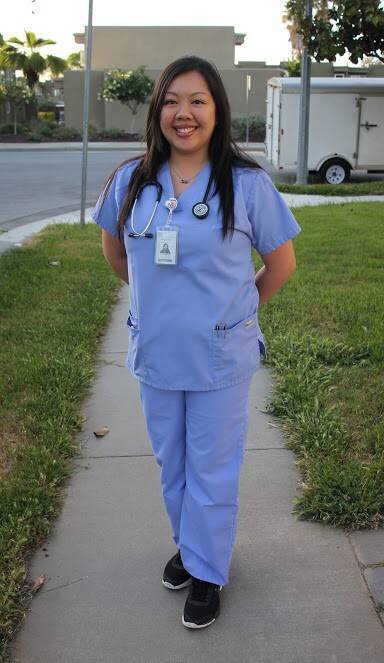 As an LVN at Jose Job Corps Center, a federal education program overseen by the Department of Labor that serves low income, at-risk teens and young adults, Nichelle is described as “going above and beyond” in her role of treating her patients every day. In her role as a wellness nurse, Nicelle provide medical services and health education to young adults (16-24 years old), to help them understand the connection between health and employability and works in tandem with another staff member to provide pregnancy and prenatal education, parental planning, and act as a liaison to assist young mothers to obtain community resources such as housing or social services.

“Nursing to Nichelle is not a job, it's a lifestyle,” says her nominator. “There is no limit to what Nichelle can do when it comes to nursing, and no one more deserving of recognition. She is truly a hero to anyone she cares and works for!”

What makes a good nurse? Well, if you ask Raymond’s nominator, a good nurse has compassion, exemplary communication skills, a great work ethic, critical thinking skills, attention to detail, confidence, a good stamina, and confidence—all of which the LVN at Fairfield Post-Acute Rehab specializing in wound care for the past 5 years possesses.

“I know that Raymond has all these with a great sense of humor,” adds his nominator. “His patients and co-workers love him and he makes work a place where you'd feel at home if you were one of his patients. He's one of the nurses out there who loves his job and enjoys every second of it who goes above and beyond to help. So, I nominate him not just for nurses' day but every day that he is out there helping those in need.” 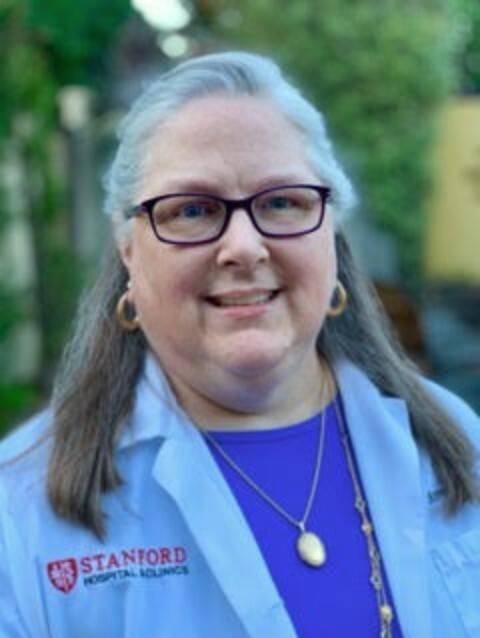 Stanford Hospital’s first Epilepsy Family Nurse Practitioner Bonnie is the type of nurse, who, when a patient came into the ICU because of multiple gunshot wounds to the head with a .22 caliber rifle, she not only cared for her for weeks and even through some of her rehabilitation, but later, was still able to relay the passion she had in treating her to her daughter when speaking about her. And it’s that passion for caring that led Bonnie’s daughter to nominate the 23-year veteran of the Stanford Comprehensive Epilepsy Center Department of Neurology.

“She has tended to every wound, sickness, and surgery in my family,” her daughter states. “She cared for my grandmother last year—bathing her, changing her, and feeding her while she was in hospice at home. She’s cared for some patients for over two decades and has built relationships with them and their families.”

Bonnie’s nursing career is both impressive and expansive, beginning as a Med/Surg nurse 37 years ago and moving her way into becoming a Family Nurse Practitioner in 2001. As a Clinical Research Nurse, she has coordinated numerous clinical drug trials of antiepileptic medications that the SCEC participated in, seeing many of those medications ultimately become approved and become a part of the medication arsenal for epilepsy treatment. Bonnie is also a past member of the Board of Directors for the Epilepsy Foundation of Northern California.

“She has the biggest heart and she is my hero,” says her daughter of the lifelong A’s fan. “This is why I believe she should be one of your nurse heroes too. Go A’s!” 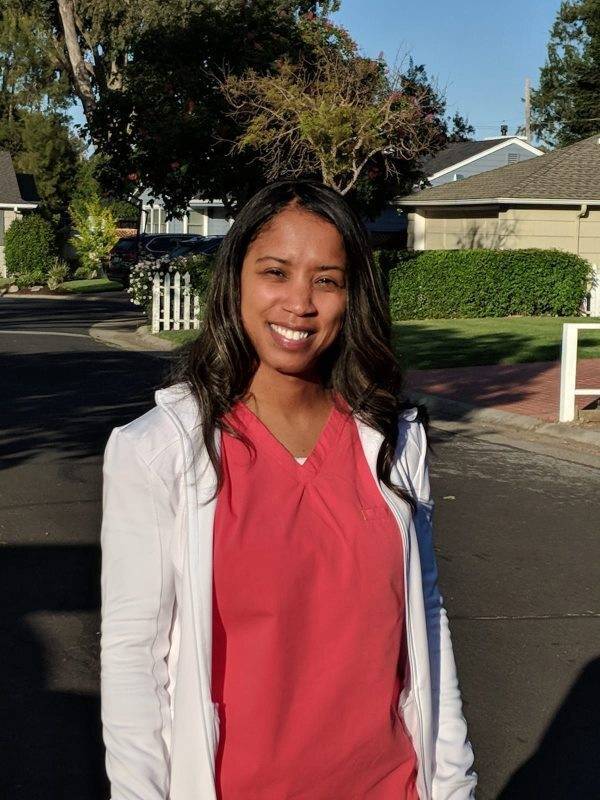 Not many nurses can say that they have helped communities during a volcano eruption, but RN Conceicao can—as part of her extensive work traveling to help the underserved, she assisted with gathering donations to help the hospitals and community with medical supplies during the volcano eruption in 2014 in her native island of Fogo, Cabo Verde.

“She’s constantly thinking about how she can better serve our community,” her nominator says of the 11-year nurse veteran, who has a special interest in international health and patient advocacy.

Conceicao travels have led her to India, where she provided health education for children from kindergarten through high school at Taktse International School and at Dr. Martin Luther King Library in San Jose, CA, where she taught a monthly health series class.

In 2015, she became a co-founder of C.O.R.E Healthcare Solutions, Inc., an organization that promotes and educates healthcare through community health classes, corporate wellness programs, CPR certification, and case management. In January 2019, Conceicao was selected as a Future Leader of Nursing by the LinkedIn Community Activation team.

“There are nurses everywhere but the great ones are like gifts from Heaven,” reads one of her testimonials. “Conceicao is a gift.” 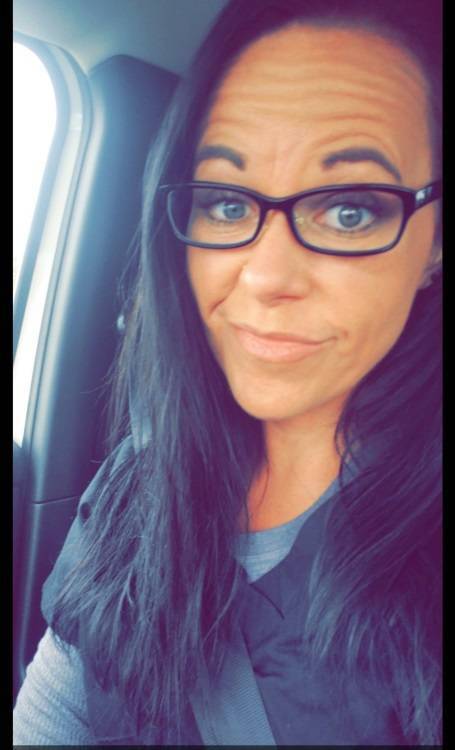 Despite her self-professed “late start” to nursing after spending 21 years in field medicine as an EMT and emergency instructor, current LVN Sono Bello scrub nurse Christy is making up for lost time by rapidly progressing towards her goal of becoming an NP.

“She works tirelessly with patients with mental and depression issues,” describes her nominator. And that tireless work ethic spills over into many avenues of Christy’s life, from her selflessness as a single mother to two teenagers, including one with special needs and in working many concerts and sporting events as the head EMT or volunteers as an EMT for Special Olympics events.

Despite all she juggles, however, Christy hasn’t lost her sense of adventure; she’s been known to grab the kids and take off for a few Disneyland days, Six Flags or Universal Studios on one of her famous spontaneous getaways.

“I can really go on forever telling you how amazing Christy is, but words don't do her justice!” her nominator sums up. “She's a great friend but an even better nurse and mother. And the girl loves her baseball, so for her getting acknowledged for doing something she loves would be one of the coolest things ever!” 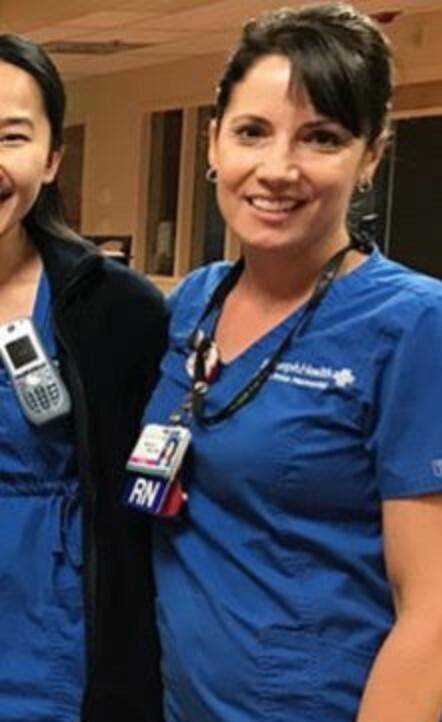 Oh, your nurse doesn’t compete in Ironman Triathlons? Well, then, she probably needs to talk to Monica, a 20-year pediatric nurse who not only competes in Ironman triathlons but also manages to be a “super mom” and employee who has raised money to redecorate the pediatric unit playroom at Santa Rosa Memorial Hospital.

The hardworking mother and nurse was pregnant with her second child, a daughter, while in nursing school, and worked through raising her children, waiting until her daughter graduated from high school before advancing her own education to pursue her Bachelor’s degree in nursing. Monica will graduate this July with her BSN from Ohio University and equally as exciting, has inspired her daughter to pursue nursing as well as she enters college in the same year.

“My mother is the most selfless person in the world and deserves more than I will ever be able to give her,” says her daughter, who nominated her. “She is also a die-hard Oakland Athletics fan and I know this would be so special to her.”

One of the first things you will notice about Todd is the fact that he is always smiling and more than willing to help out his fellow coworkers. Described as a “model nurse” at UCSF Benioff Children’s Hospital San Francisco, Todd comes to work every day with a positive attitude, according to his nominator. As a member of the critical care resource team, RN/BSN Todd floats to the cardiac, peds, and neonatal ICUs, where is in all critical care advanced therapies suck as CRRT, cooling, BMT complications, remodulin/flolan, ECMO and ECLS.

“People often go to him with questions and not only does he answer them when he can, but he takes that opportunity to teach,” adds his nominator. “Not only do his coworkers enjoy having him around, his patients and their family love him. He is a great advocate for his patients and cares for them tremendously.” 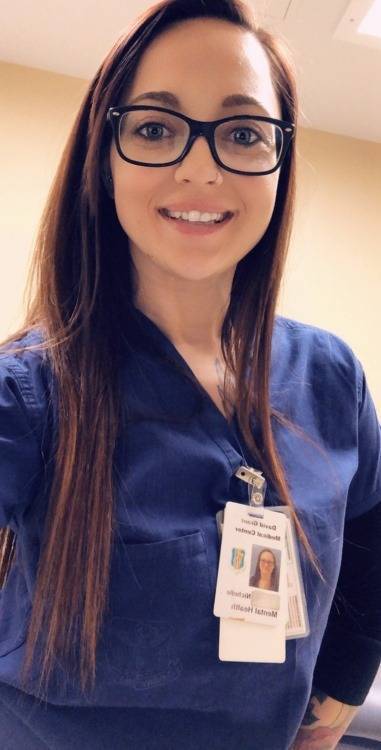 With a background of both parents struggling with drug and alcohol addiction, living in cars, suffering from ADHD, doctors telling her mother she wouldn’t amount to anything without medication, and learning disabilities, Nichelle has had the odds stacked against her—but she never gave up.

Nichelle is an LVN in currently pursuing her RN/BSN as well as a nationally certified psychiatric technician. She works at David Grant Mental Center (Travis Air Force Base) on the in-patient mental health unit helping veterans and their loved ones in crisis. She began her career in healthcare at an at-risk behavioral health group home helping children from 6 months to18 years old, children who at such young ages, had already dealt with unimaginable situations. She has always felt called to work in mental health and has now made it her journey to complete her Bachelor’s degree to continue the work in the field she loves.

“Throughout my career journey, there were days I wanted to give up, but giving up isn’t in me,” comments Nichelle, who was nominated by her sister. “Giving up only gave me the willpower to keep pushing…I’m not asking to throw the first pitch (as I don’t know how to throw); I’m just honored and very pleased I was even picked for the top 10.” 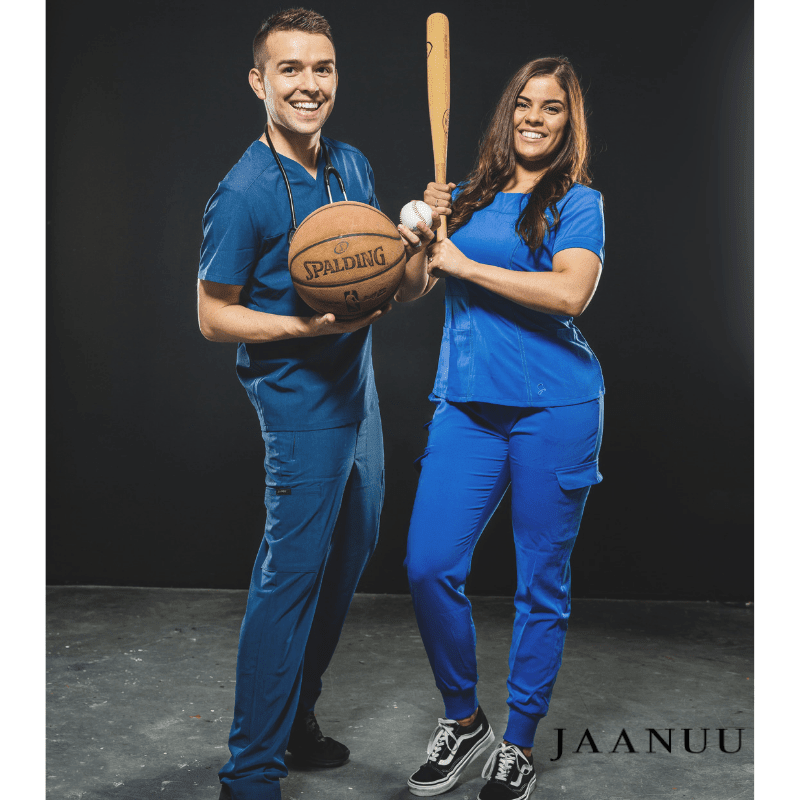