Get the latest news for nurses
INDUSTRY
June 4, 2018

Is Self-Care for Medical Mamas Possible? 6 Tips For Nurse-Moms.

“We’re going to have to mandate you.”

With the seemingly casual words of the head nurse, the short four-hour shift that I had picked up at the hospital became one that legally, I could not leave. And just like that, I felt completely and totally helpless. A working mom, I had returned to work at a deliberately slow pace, picking up only four-hour shifts so I could make the transition back into working while trying desperately to get my newborn to eat food sources outside of just my breasts.

That day, however, my four-hour shift turned into eight…then twelve…and then sixteen.

By the end of my 16 hours, a full twelve mandated hours over what I had signed up to work, I hadn’t pumped at all because our floor didn’t have a pump for me to use (I hadn’t brought mine, thinking that I was only staying for four hours). Nor would I have had time to use it, as I had barely used the restroom. Days later, thanks to the engorgement, I developed a raging case of mastitis that would plague me for almost an entire year.

In some settings, it seems that nursing culture regularly encourages and even ironically seems to esteem extreme self-neglect. Getting to actually eat lunch or take a break is seen as an abnormal day. Never getting to take a pee break is laughed about as a “joke” and I can’t count how many times I dragged myself into work sick, telling my new mother patients that my allergies were acting up as I sneezed over their newborn’s head. After getting written up and threatened with termination for having the audacity to get violently ill with the stomach bug during a night I was on call, I was terrified to ever take time off again.

As the trend of self-care and wellness for women seems to be gaining more attention, ironically, medical professionals have continued leading lives that are not in alignment with caring for their own bodies and minds. But thankfully, as more nurses are speaking up about the outdated work cultures and environments that encourage self-neglect, more nurses are able to make self-care just as much of a priority as their own patient care — here’s how the tide is shifting.

It starts with understanding

When I first started working as a nurse, I was six weeks postpartum and seven weeks fresh from college. (Yes, feel free to add those up.) Needless to say, I was taking on a lot all at once and frankly, I just didn’t know any better. When I was given six patients in a step-down intensive care unit every night, I had no idea if those staffing ratios were “normal” or even safe. I knew I was terrified, but I didn’t know that it could be any different. I just naively assumed that’s what nursing was — misery every single night.

Now, of course, I know better. And so does Brittany Garcia, 30, a mom of one daughter and a full-time travel pediatric intensive care nurse, who is currently at Seattle’s Children’s. Garcia has been traveling the last two years as her husband, 30-year-old Nicholas, stays at home with their daughter. Thanks to her travels, she has seen firsthand that both work environments exist in nursing: the truly terrible and the truly supportive.

Garcia notes that she has worked in both environments where she felt like she couldn’t even use the restroom and alternately, where she feels 100% supported and able to take the small, physical breaks she needs to adequately care for her patients. She has seen what a difference that support makes, not only for herself but in her patient care as well. “When you are in an environment when those things aren’t happening, you can feel burned out and stressed,” she notes.

However, if you’re an environment that has built a culture of normalcy around things such as extreme self-neglect, skipping bathroom breaks, or encouraging staff members to come in sick, it can be hard to imagine a different kind of workplace culture. Which is why it’s so important for all of us to realize that:

2) we have the right to want to work in a supportive environment.

So many nurses (myself included) might feel guilty for leaving an unsupportive work environment because we fear leaving our patients and our co-workers behind, but in the end, encouraging a more positive and supportive environment benefits everyone.

“Know that supportive work environments do exist and know that hospitals should be taking care of their staff because, without them, patients wouldn’t be getting the care they need,” Garcia explains. “And if you’re not finding that to be true of your workplace, look elsewhere, because they are out there!” 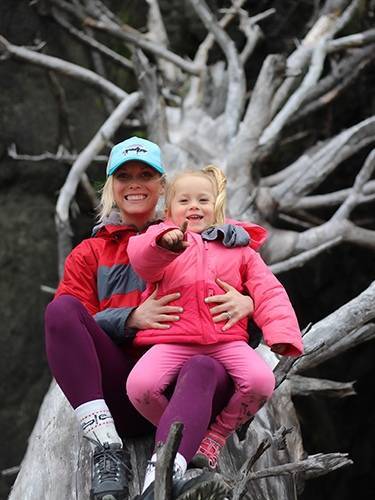 Just like the right work environment can make all the difference, so can the right staff. And if nurses aren’t talking about the workplace culture or challenges they’re dealing with, it can be difficult to make a change.

Jenny Erwin, 32, a Registered Nurse who also happens to be in the middle of intense contract negotiations to ensure safe staffing ratios at her hospital in Michigan (as part of the nurse’s bargaining committee), believes that management needs to not only support nurses actually taking sick days when they are sick but making it happen.  On the floor, they need to commit to supporting their nurses in making self-care a priority. “We don’t even have the time after codes and literally performing CPR on patients to decompress before getting assigned more and more patients,” she says. “Management needs to be more aware of the emotional needs of their company’s bedside caregivers.”

Supporting staff not only helps maintain a healthy work environment, but it also translates into better patient satisfaction. “When the unit is appropriately staffed, you get to deliver quality care to your patients, be in the room more frequently, and see the difference in your patients,” Garcia points out.

Erwin has learned to set some pretty strict boundaries for herself over the years. She explains that she is constantly inundated with calls, texts, voicemails and even Facebook messages begging her to work. But while she once might have felt terribly guilty over saying “no,” she now simply shuts her phone off when she doesn’t want to work. Problem solved. “I make it a priority to commit to my family and my home,” she notes. “I want to work to live, not live to work.”

Erwin remembers being confused as a new nurse when her peers would seem to scold her for not taking her scheduled break. To her, it almost seemed like they were mad at her when she skipped using the restroom or caught up after her shift on charting.

“I didn’t get it at the time but now, seven years later, I get it,” Erwin says. “As a new nurse, I had days where I left work without using the restroom ONE time in a 13-hour shift. But something as little as a 10-minute break can be the difference between job satisfaction and total burn out. Now, I’m the one scolding new nurses about the importance of self-care and taking care of themselves.”

One of Erwin’s best tips for ensuring that you get a mental and/or physical break when you really need one? Don’t ask for permission! “Lean on your co-workers/manager and TELL them you are going on a break,” she advises. “Don’t ask.” (Of course, you may need to be sure your co-workers get where you’re coming from there and that you’re returning the favor as well!)

5. Define what self-care means to YOU

If you want to get a “women’s magazine” definition of self-care, you’d probably assume it meant something like a bubble bath or a pedicure. And while those are great, of course, they are not the summation of self-care. Self-care is something that only you can define and it’s anything that makes you feel like you. “For me, it’s chocolate or a piece of candy and then I’m OK,” laughs Garcia.

6. Build small moments of self-care into your shift

When she’s having a rough shift or has a run-in with a difficult family member, Erwin admits that she ducks into the nutrition room to regroup or vent to a co-worker. (Been there! Did I also steal a few ginger ales and saltines at 3 AM? That’s between me and the good Lord…)

And Garcia shares that she has a special routine that she employs as she heads into work. “I like to turn my radio up really loud and ‘jam out’ to pump up for the night,” she says. “Everyone has their thing to stay motivated to get through those 12 hours!”

In speaking with the nurses who are part of the next generation of healthcare workers, it’s encouraging and inspiring to hear that they are not accepting the damaging workplace practices and policies of the past. Instead, they are fighting for change—and moving forward with the inherent belief that they are worth fighting for, just as much as their patients.

“Just like we plan out our dressing changes and medication passes, we need to plan a time out for ourselves too,” Erwin says simply.

Next Up: Travel Nursing With Kids: Meet The Family Who Sold Everything To Travel