Get the latest news for nurses
NEWS
September 13, 2018

For most of us, having a spare million dollars around would probably lead to some pretty lavish vacations or some fancy new cars, but for Melinda and Louis Mapp, being millionaires means spending their riches in a little bit different way: by supporting their local NICU. 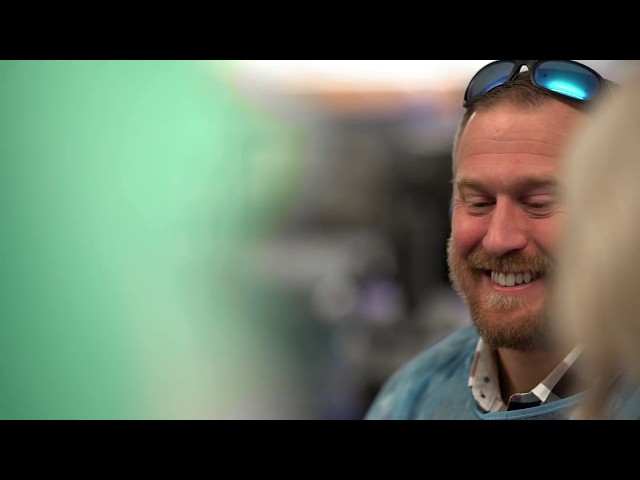 On September 5, the University of South Alabama officially announced that the Mapps had donated over one million dollars —$1,055,000 to be exact—to the USA Health Children’s & Women’s Hospital’s Hollis J. Wiseman Neonatal Intensive Care Unit in Mobile, Alabama.

The NICU unit at the hospital provides an incredibly important service to the community and families that it serves, as it is the area’s only Level III unit. As such, the NICU cares for very critically ill babies and babies born prematurely as well as offers the only neonatal transport team in the area. The transport team transfers more than the 20 percent of the 900 babies it admits every single year. Needless to say, the NICU is important to a lot of people and a donation like theirs will benefit countless families.

Now, if you’re thinking that the Mapps are just some wealthy people throwing money at a cause and moving on with their lives, allow me to stop you right there, because the Mapps are putting their money with their mouth is. Or is it their mouth where their money is? Either way, in addition to donating through the foundation they established, they also volunteer regularly in the NICU. In fact, it was the time they spent in the NICU that actually inspired them to eventually form an endowment that would donate money to the hospital.

81-year-old Louis especially has been a long-time volunteer “baby cuddler,” donating his time to come to the NICU, help the nurses in any way he can, and hold the babies that need to be held. Premature and critically ill infants benefit tremendously from human touch, but work schedules, caring for other family members, and often long travel distances prevent caregivers from being able to physically be present as much as they would like, which is where volunteers like Louis come in. Louis first began volunteering after seeing a TV program about NICU volunteers and according to a People article on him, the father of 3, grandfather to 8, and great-grandpa to 2, counts his time in helping care for the NICU babies as “one of the neatest things” he has ever done.

The hospital shared the most recent story of Cullen, a baby boy born at 22 weeks, weighing only 13.9 ounces that Louis was able to hold as part of his time as a volunteer. Cullen’s parents, Molli and Robert, expressed that they live an hour and a half away from the hospital, and appreciated the time that Louis spent with their son.

It’s babies like Cullen that inspired that Mapps to make their large donation to the NICU, which by the way, is only the latest among 600 other grants the couple has made through their foundation, including other programs that assist with education for hospitalized children, a NICU garden, and support for families with high-risk pregnancies. “These babies are so precious; it’s hard to put into words,” Mapp explained in a press release. “We decided we wanted to do something that, after we’re gone, would carry on, and that’s why we established the endowment for the NICU.”

What a million dollars can do

So, what will a million dollars do in a NICU? The couple explained that they hope the NICU staff will put it to use for any needs that may arise in the next year. “We wanted (the endowment) to be large enough that it would produce enough income so the caregivers, when they recognize a need during the year that might not be in the budget, they would have funds available,” Mr. Mapp said, according to the University’s announcement. People reports that one of the first purchases from the fund will be special beds that will hold any babies weighing less than one pound.

Having worked in a labor and delivery unit a smaller hospital in my hometown, I can well remember the frustration that the nurses would express over knowing that desperately-needed updates on equipment. We made do with nursery warmers from the 70’s and cheered when we finally got a new bilirubin scanner. The point is, having the freedom to make updates to equipment and supplies that directly affect the smallest of patients makes a huge difference, not only to the care of those patients but also in the ability of nurses to deliver that care.

Now, who else has a spare million lying around that they can throw at some hospitals that could really use it? Anyone? OK, fine, so you might not have a cool mil to donate, but if you’re reading this and feel inspired by Melinda and Louis, there are still a few things you can do to make a difference at your local NICU, such as:

We might not all be millionaires like the Mapps, but we can definitely all do our part to support babies’ health in our own communities. As Louis himself says, “It may not be financially, it may be giving them a ride, or making a phone call, but I figure, while I’m here on earth, I need to do everything I can to help others.”