Get the latest news for nurses
INDUSTRY
April 29, 2022

What is the Glasgow Coma Scale?

The Glasgow Coma Scale (GCS), designed in 1974, is a tool that has the ability to communicate the level of consciousness of patients with acute or traumatic brain injury. Developed by Graham Teasdale and Bryan J. Jennett, professors of neurosurgery at the University of Glasgow's Institute of Neurological Sciences, this scale is the gold standard used for all acute medical and trauma patients.

Used by trained medical professionals, the GCS is an objective and reliable tool that nurses and nursing students should become familiar with regardless of their place of employment. Most commonly used in the ICU and ER setting, nurses may need to perform a GCS on a patient at any given time.

The Glasgow Coma Scale, which can identify changes to consciousness in traumatic brain injury patients, is a tool that requires nurses to fully understand its purpose and how to use it. Identifying the patients that require scoring is the first step in properly using the scale.

When to Use the GCS

The patients who need a GCS assessment have generally suffered a traumatic brain injury and are either in the ER or ICU. An initial GCS should be done at the time of admission and then every four hours unless otherwise indicated by the medical team. Documentation of the GCS is crucial since the medical team, which generally includes neurology, will use this to determine the improvement or decompensation of the patient. 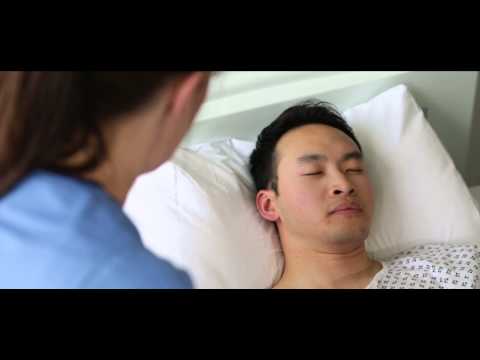 How to Calculate a Patient’s Glasgow Coma Score

Medical professionals use the aforementioned scale for the best eye-opening response, the best motor response, and the best verbal response. Consideration is made for those with tracheostomy and endotracheal breathing tubes. The column of 1t is added to verbal response at some hospitals to accommodate those patients without altering their GCS score.

How to Interpret the Glasgow Coma Scale

To calculate a patient’s GCS, first, score the patient on each of the three main areas. Once a number has been determined, add these to create the sum which is the patient’s Glasgow score. Once a score has been identified, it’s important to understand the meaning.

As previously mentioned, accommodations are made for intubated patients but also those with gross facial edema, or swelling. These patients are identified with the numerical value of 1 and an attached modifier.

Limitations of the GCS

While the Glasgow Coma Scale is a great diagnostic tool there are multiple limitations that can alter the score and not provide an accurate picture of the patient’s brain injury. These include:

A recent study in the June 2017 edition of Neurosurgery magazine entitled “Factors Influencing the Reliability of the Glasgow Coma Scale: A Systematic Review” studies the overall reliability of the GCS in a variety of clinical settings.

The review identifies multiple limitations which include the knowledge of the evaluator. The level of education and training of the medical professional can alter the score.

Another significant limitation of the Glasgow Coma Scale, as it was originally developed, is that it does not accurately measure traumatic brain injury in children under 5 years of age. The aptly-named ‘Pediatric Glasgow Coma Scale (PGCS)’ includes modifications for this patient population.

Similar to the adult version, the sum of the eye response, motor response, and verbal response equals the PGCS. The highest score is a 15 (fully awake and aware) and the lowest is 3 (deep coma or brain death).

The GCS and PGCS can be confusing at times but understanding the basics is the first step in mastering the scale. Speaking to advance practice nurses and the rest of the medical team to determine the proper GCS for a patient can help drive the patient’s care.

*This website is provided for educational and informational purposes only and does not constitute providing medical advice or professional services. The information provided should not be used for diagnosing or treating a health problem or disease.