Nurse Nadine Grzeskowiak - aka the “Gluten-Free RN” - has a mission: to make Americans understand that we have been tricked into eating food that is both not healthy and potentially life-threatening.

Grzeskowiak, who experienced a major health scare at 40, has been studying Celiac disease, gluten, and non-Celiac-gluten sensitivities ever since. And what she’s learned has been shocking: gluten, which can be found in various seemingly ubiquitous grains, is not digestible by human beings. Yet, because the protein string is found in so many of our foods, it’s causing severe health problems in the population, Grzeskowiak explains.

We caught up with the Gluten-Free RN to ask her about gluten, Celiac disease, the four food groups, and much more. 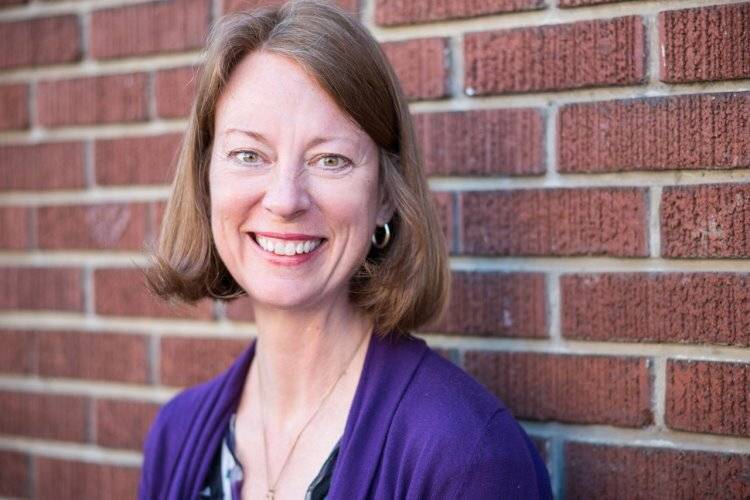 Why did you want to become a nurse?

I was a candy-striper way back in high school and it was in a hospital connected to my all-girls catholic high school, so I saw the inner workings of hospitals early on and felt compelled, or called, to be a nurse.

What do you wish people knew about gluten?

Everything! That’s a good question, actually, just today I found out that another person who I’ve been telling for 13 years to get tested for Celiac disease has a brain tumor. This happens almost every week and I’m getting tired of it.

So, I wish people knew how big of an impact gluten exposure has on their health -- not just their gut health but their neurologic health. Things like dementia, Alzheimer’s, constipation (which can be a neurological disorder) seizures, neuropathy, gastroparesis -- all of those things are potentially related to eating gluten.

What do you wish people knew about Celiac and Non-Celiac Gluten Sensitivities?

1. For starters, it impacts fetal development and maternal health and that it causes stunted growth. It’s been shown through multiple studies that somewhere around 90-percent of the people who have short stature have Celiac disease due to malnutrition. Every type-one diabetic worldwide is a gene carrier for HLA-DQ2 and HLA-DQ8 therefore at risk for Celiac disease. And which comes first, Celiac disease or type-one diabetes is a toss-up sometimes.

2. I also wish they knew that the antibody test for Celiac disease, which is the blood test, is 70-percent false-negative nationwide. So, a lot of people come back and they say, “Well, I don’t have Celiac disease. My doctor tested me.” But a person can convert at any time. For example, they could test negative in January and by April have a positive test for Celiac disease because enough damage has been done. 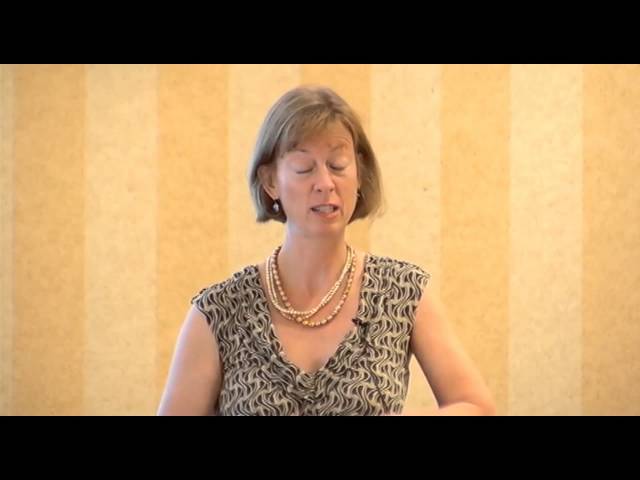 You had multi-system organ failure at 40. What new choices did you have to face mentally and physically as a result?

It made me reevaluate just about everything. Not just as a human being in what I ate and what I continue to eat, but also as a mom, as a nurse, as a community member. So, I had to pretty much realize that I had been duped right along and that -- and this sounds big -- our society as a whole has been duped in believing that gluten is a safe and nutritious staple food. In reality, it causes all kinds of health and addiction issues.

What are the major food addiction issues you dealt with?

Gluten and dairy are both addictive. I used to, along with everybody else, believe that pot was the gateway drug but I now know that food is the gateway drug. If those two proteins bind to the opioid receptors in your brain -- from there it’s not too big of a leap to go from any of the other opioid medications, such as Vicodin, Oxycontin, or Oxycodone, and then if you can’t get that, heroin.

It actually speaks to the greater epidemics that we’re experiencing at this point in our history, which is frightening on a public health level.

The food groups that we learned about in 4th grade are now leading to opioid addiction?

How have U.S. medical diagnoses changed in the past few years when it comes to gluten, Celiac, and NCGS?

Well, I wish it was easier. I’ve been doing this for 13 years and I’ve come to tell people recently that I feel like I’m in a time warp because it really hasn’t changed all that much. I still have the same questions from people and the same responses physicians are giving to my patients when they come in asking for testing for Celiac disease or the genetic tests.

When a doctor says, “Well, I can tell by looking at you that you don’t have Celiac disease” or “You don’t have chronic diarrhea so you can’t have Celiac disease” or “You’re overweight” or “You’re not Northern European” - this is a worldwide issue. Those genes are everywhere. It is absolutely a worldwide issue, from any ethnicity at any age and in both men and women equally.

I live in Seattle and I feel like, just anecdotally, there is more awareness around Celiac disease and gluten intolerance than ever. Do you not find this the case around the country?

If you’re looking for the cause, you actually have to look at the gut. My background is in emergency trauma and critical care and we didn’t really care about the gut until it was exploding or impacted or if there was an infection. But -- and Hippocrates knew this -- all diseases start in the gut. So, unless you’re looking at the gut very closely and thoroughly, then you’re going to miss a lot.

Here we have a situation where the food protein can cross the blood-brain barrier that:

So, gluten ataxia is one of the top concerns neurologically with Celiac disease and it causes a shrinkage, or atrophy, or the cerebellum.

Also, what we’re finding, and this is from the University of Chicago, that everyone with M.S. should be tested for Celiac disease because they tend to also have HLA-DQ2 and HLA-DQ8 across the board for any autoimmune issue. This is big and affects a large part of the population.

Consider that 30-50-percent of white people - the only group that has been primarily tested - carry the HLA-DQ2 and HLA-DQ8. We’re talking about half of the population that is carrying these genes. They’re not rare.

Are most people gluten-intolerant?

Yes. That’s just the genetic component. If you take into account the non-genetic component or people that don’t carry HLA-DQ2 and HLA-DQ8, we’re finding there are other portions of that gene that might also come into play. But we’re not testing for that yet.

The other part of this is that gluten is not digestible by human beings. Nobody should really be eating it. It can cause inflammation in just about everyone. Even if it doesn’t trigger the Celiac disease properly, it can still cause damage equally or more so than the Celiac disease, in people that are non-Celiac gluten sensitive.

What do you say to people who scoff and say human beings have been eating bread and gluten forever, so how can this be such a dramatic issue?

Even the Mesopotamians knew that they had to soak gluten grains in order to break down the inflammatory effects. But we don’t do that anymore. Basically, the wheat is harvested, the chafe is removed and it’s ground up and fed to people. Those proteins are in no way broken down.

Also, the agricultural community has changed the wheat we eat. It’s been hybridized to have 50-400-percent more gluten in the grains. And humans don’t have any enzymes to break down those proteins, so they either pass through our digestive tract or at some point, there is a trigger event.

Does soaking wheat break it down in the way that our bodies can’t?

No, basically what that does it just fractionates those proteins into smaller parts. That’s why contamination or any particle of the wheat can cause the same damage. The long chain of amino acids can be broken down into smaller pieces, but those smaller pieces are just as toxic.

And the other part is that, unless your people are from Mesopotamia or the Middle East, people worldwide have not been eating wheat for a long time. Just as an example, if you take North and South America, none of those grains were indigenous to either continent. So, it wasn’t until about 500 years ago when the Europeans landed and brought grains over that the indigenous people were exposed. Take into account their current health issues, their health did not improve when the Europeans landed on the North and South American continents.

What can nurses do to both better understand gluten and to better inform their patients about its effects?

I have the only course that is approved in the entire United States for up to 16 continuing education hours on Celiac disease and NCGS for nurses and healthcare providers. Ideally, everyone would have to take my course in order to find people who have problems so that we can prevent suffering and death.

Nurses and healthcare providers should find out everything they can about Celiac disease because it’s not going away and should gain attention in the next couple of years. Estimates show that anywhere from 10-percent to 44.4-percent of first degree relatives of anybody that has Celiac disease are at risk for Celiac disease, whether they have symptoms or not. That’s enormous!

Healthcare providers cannot pretend that Celiac disease doesn’t exist anymore because people are suffering. In Italy, it takes 2-3 weeks to get diagnosed correctly but here it takes an average of 9-15 years, if ever. I didn’t get diagnosed until I was 40. A lot of my new clients are over the age of 60, where 30-percent of the newly diagnosed patients are in that age group. So, yeah, this is big!

Do you have a top tip or piece of advice for people looking to change their diets and lifestyle and become gluten-free?

1. Eat meat, fish, eggs, nuts, seeds, fruits and vegetables - A gluten-free diet is not as hard as you might think. I recommend some variation of a paleo-type diet, a whole food diet, which is meat, fish and eggs, nuts and seeds, fruits and vegetables. Essentially, foods that our ancestors ate without any problem. It is not as hard as you think, but if you consider that food is addictive, first you have to break that addiction. Food will begin to taste different.

2. Get rid of all the processed foods - not reading labels anymore, going to the produce department, farmer’s markets, or your local co-ops, buying foods that are whole foods, and preparing it for your family. So, it’s just getting back to that. We’ve been hoodwinked into thinking our convenience foods are convenient.

Nadine has delivered numerous lectures and seminars internationally consult with individuals and families, has written Dough Nation: A Nurse’s Memoir of Celiac Disease From Missed Diagnosis to Food and Health Activism and is co-authoring a textbook on celiac disease. Nadine also leads to international gluten-free and Paleo travel groups.