When he's not at his day-job as a pediatric mental health nurse, Michael Ketterer, is a devoted husband and father of six. Five of Ketterer's children were adopted from foster care and one has cerebral palsy. The Tennessee native who now resides in Orange County California is also a worship leader. If you think his story is already amazing wait until you hear Michael Ketterer’s voice.

“Because my children come out of foster care and when you’re surviving, you can’t dream. That has been one of the most rewarding things is providing them [my kids] with a home where they are free to dream. So I’m here to show my kids that if their dad can live out his dreams, then nothing is impossible for them."

He soulfully sang the cover of, "To Love Somebody" by the Bee Gees.

The judges of America’s Got Talent were noticeably “wowed” by Ketterer’s voice.

“We find singers on these shows… is it about being technical? Is it about being relevant? And sometimes, for me, it’s about being real. And a surprise, if I’m being honest with you, you were so nervous, I was concerned for you. But I think, sometimes actions speak louder than words,” remarked Simon Cowell right before he hit the golden buzzer!

The crowd went bananas and we all fell in love with Nurse Ketterer.

A humble and devoted Ketterer immediately looked over at his family as they rushed to embrace him. Even Simon Cowell joined them on stage to deliver a special message,

“There’s something about your voice, and I genuinely mean this, that is special. And everything was perfect. You deserve it,” said Cowell. 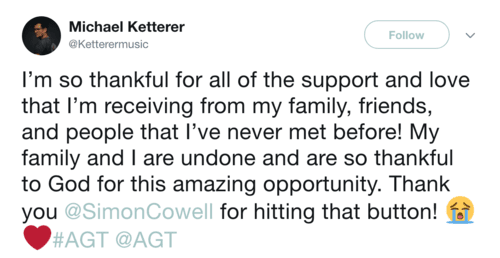 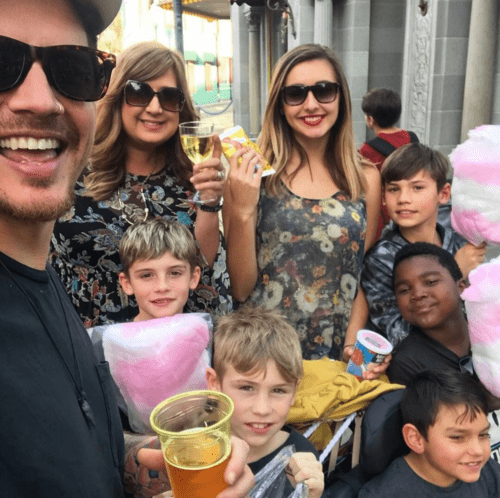