Get the latest news for nurses
NEWS
September 23, 2017

On Tuesday GOP leaders introduced their newest healthcare reform bill - the Graham-Cassidy Bill. It is scheduled for hearing on September 25th and will be the GOPs first hearing on healthcare.

Does The Bill Pass Cassidy’s Own “Jimmy Kimmel Test?”

Late Night Talk Show Host, Jimmy Kimmel, who has aligned his platform with healthcare reform following his heartwrenching experience with the healthcare industry upon the birth of his son was, until recently, allied with U.S Senator Bill Cassidy. Or, so we thought. 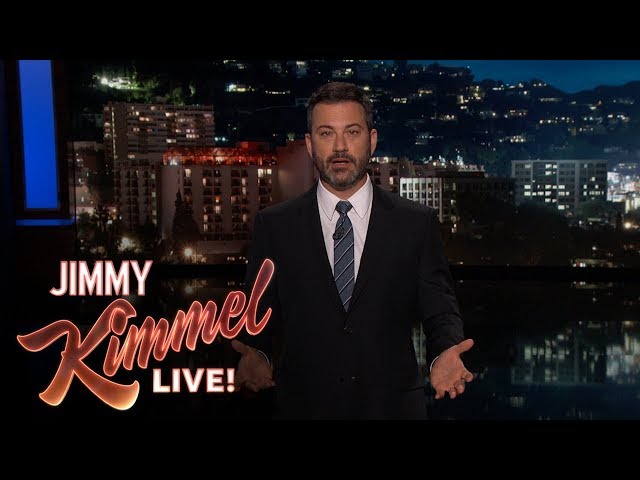 Cassidy was one of the millions who watched Kimmel’s monologue - and reached out to the comedian regarding health reform. Cassidy appeared on Kimmel’s show and coined the “Jimmy Kimmel test” for repealing and replacing the Affordable Care Act. Kimmel went so far as to endorse Cassidy’s healthcare plan live, on-air.

He added that his "simple answer is - I want to make sure folks get the care they need."

Cassidy has responded to Kimmel’s claims stating, "I’m sorry he does not understand," Cassidy said on CNN's "New Day.” He stated that under the Graham-Cassidy-Heller-Johnson proposal, more people will have coverage and individuals with pre-existing conditions will remain protected.

According to Chris Jacobs a conservative policy analyst with Juniper Research Group, neither Kimmel nor Cassidy should publicize their case on TV. Stating, “In my view, neither are correct - or at the very least, neither should be certain in their assertions.”

He continued, “I’m agreeing with Jimmy Kimmel that healthcare is complicated so, reducing it to simple talking points - that means you too, Jimmy Kimmel - often belies the reality of the situation.”

September 30th marks the end of the government’s fiscal year. This means any bill passed after that date will require normal senate processes - including needing 60 votes. After that, Republicans won’t be able to use budget reconciliation, a special Senate procedure that allows them to pass the bill with only 50 votes rather than the usual 60.

Senate Republican’s first effort to repeal the Affordable Care Act collapsed in the late hours of July 28th. The bill received stark criticism because it did not go through any committee hearings. Sen. John McCain (R-AZ) included the lack of hearings as his key objection for voting the bill down,

“We must now return to the correct way of legislating and send the bill back to committee, hold hearings, receive input from both sides of aisle, heed the recommendations of nation’s governors, and produce a bill that finally delivers affordable health care for the American people,” McCain remarked at the time.

The bill would give almost all federal money currently used to fund Obamacare to individual states. Ultimately, it would remove the federal government’s role in healthcare while totally eliminating Obamacare. In short, states would have total power to do what they please with the federal funds that are issued for healthcare.

Critics of the bill report that, under Graham-Cassidy - premiums would heavily increase for anyone anyone with a pre-existing conditions. According to the Center on Budgets and Policy Priorities - a nonpartisan group - the bill would result in the reduction of subsidy programs, such as medicaid, by hundreds of billions of dollars over the next 10 years.

Many have argued that the Cassidy-Graham bill ultimately turns health care over to the states and does not provide restrictions as to how states reconstitute their individual system.

Friday, President Donald Trump encouraged Republican senators to continue to support the bill. He tweeted his support of the Graham-Cassidy Bill and urged undecided Republicans to not be the "Republican who saved Obamacare."

Tweeting, "Rand Paul, or whoever votes against Hcare Bill, will forever (future political campaigns) be known as 'the Republican who saved ObamaCare.”

Senator Rand Paul (R-Kentucky) has publicly opposed the bill saying that it does not go far enough to repeal Obamacare, he said he will vote against it.

The GOP can only afford two defections for the bill to pass.

Mitch McConnell  Senate Majority Leader said he intends to bring the Graham-Cassidy bill to the floor of the senate next week.

The bill has already received heavy objection by dozens of groups including doctors, nurses, hospitals, patients and insurers, including:

He stated, “I cannot in good conscience vote for the Graham-Cassidy proposal. I believe we could do better working together, Republicans and Democrats, and have not yet really tried," he said in a statement.

"Nor could I support it without knowing how much it will cost, how it will affect insurance premiums, and how many people will be helped or hurt by it."