Pope Francis Asks For Prayers For Nurses, in Support of The Year of The Nurse and Midwife

Pope Francis has continuously expressed his support for nurses and in 2018 he called them, "experts in humanity" as he recalled a nurse who saved his life 20 years ago. The Pope continues to praise the profession and encourage others to do the same.

"Let us pray for them all that they may do their precious work in the best possible way,” Pope Francis said of nurses and midwives as he delivered a sermon to a crowd of thousands on January 19, 2020. Standing in St Peter’s Square in Vatican City, the Pope expressed that he is, “pleased to recall that 2020 has been internationally designated as the Year of Nurses and Midwife.”

Following the Angelus Prayer, Pope Francis continued to praise the profession, “nurses are the most numerous and closest to the sick, and midwives are perhaps the noblest of the professions.” 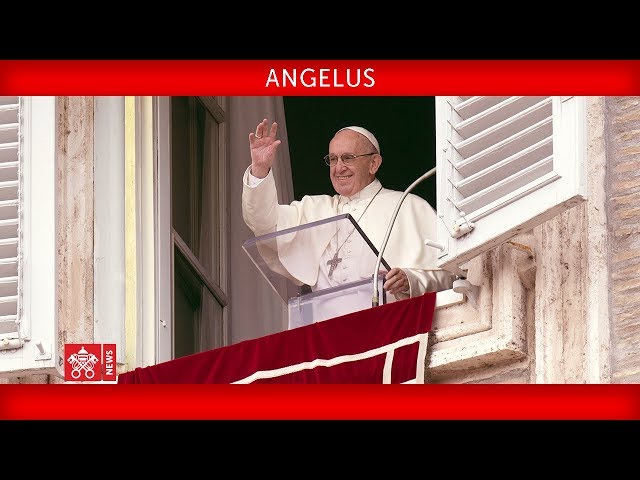 What is The Year of The Nurse and Midwife?

The World Health Organization (W.H.O.) declared 2020 the Year of The Nurse and Midwife to not only highlight the profession but, to encourage world governments to invest in the training and recruitment of nurses and midwives. According to current projections, there will not be enough nurses to care for the population in the near future without more support.

VATICAN CITY, Mar 3, 2018 - "I thank her and I want you to know her name: Sister Cornelia Caraglio,” said Pope Francis as he remembered the nurse who saved his life at 20 years old.

"When, at the age of 20, I was on the verge of death, she was the one who told the doctors, even arguing with them, 'No, this isn't working. You must give more,'" the Pope said during a meeting with thousands of nurses - members of Italy's national association of nursing professionals.

“And thanks to those things , I survived,” recalled the Pope.

The Pope Thanks Nurses

Pope Francis thanked all nurses in attendance, "you are there all day and you see what happens to the patient. Thank you for that!" he continued, “many lives, so many lives are saved thanks to you!”

He spoke about the importance of the nursing profession and the unique relationships nurses form with all members of the healthcare team - patients, families, and colleagues. Pope Francis stated that nurses are at “the crossroads” of all these relationships.

Furthermore, Pope Francis acknowledged the “truly irreplaceable” role nurses play in the lives of their patients. “Like no other, the nurse has a direct and continuous relationship with patients, takes care of them every day, listens to their needs and comes into contact with their very body, that he tends to,” stated Pope Francis.

The Pope called nurses, “promoters of the life and dignity of the persons.”

He spoke about the sensitivity they acquire from “being in contact with patients all day," and addressed the healing power of listening and touch. Calling touch an important factor for demonstrating respect for the dignity of the person.

He praised the nurse’s continuous and tiring commitment to their individual patients despite the patient’s societal status. Calling a nurse’s care particularly important in a society which often leaves weaker people on the margin, only giving worth to people who meet certain criteria or level of wealth.

Pope Francis called the nursing profession “a real mission,” and referred to nurses as, “experts in humanity.”

When speaking of touch, Pope Francis told the story of when Jesus healed the Leper through touch. Encouraging the nurses, "we must recognize the importance of this simple gesture," Pope Francis said. "Mosaic law forbid touching lepers and banned them from approaching inhabited places. But Jesus went to the heart of the law, which is summarized in love for one's neighbor," stated Pope Francis.

While acknowledging the difficulty of the nursing profession, Pope Francis encouraged patients to have patience with nurses, to not demand things from nurses and to smile more at their nurses.

The Pope reminded nurses, "a caress, a smile, is full of meaning for one who is sick. It is a simple gesture, but encouraging, he or she feels accompanied, feels closer to being healed, feels like a person, not a number.”

Pope Francis encouraged nurses, to not forget the “medicine of caresses.”