Stanford Health Care and Lucile Packard’s Children’s Hospital nurses have been working without a contract since March 31st, 2022. As a result of ongoing failed negotiations, thousands of nurses will go on strike for the first time in 20 years starting April 25th. More than ninety percent of the 5,000 nurses who belong to the Committee for Recognition of Nursing Achievement (CRONA) union at the two hospitals voted for the strike.

According to the website, CRONA is an independent union for Registered Nurses at Stanford Health Care and Lucile Packard Children's Health Stanford. The strike is occurring after 13 weeks of negotiations, more than 30 bargaining sessions, and 3 days with a federal mediator.

“I am frustrated that Stanford and Packard hospitals would rather cut corners than invest in their bedside Nurses, especially after receiving hundreds of millions in federal aid dollars. Providing care at such wealthy hospitals should not cost Nurses our health, our sanity, or our time with our loved ones,” said Colleen Borges, President of CRONA and a pediatric oncology Nurse at Packard Children’s Hospital. “Instead of acknowledging our sacrifices and rewarding us with the support we need, the hospitals would rather push overworked and exhausted Nurses toward a strike.”

As a result of the ongoing pandemic, current staff realized the importance of certain things. Therefore, union representatives wanted a contract that secured the following, 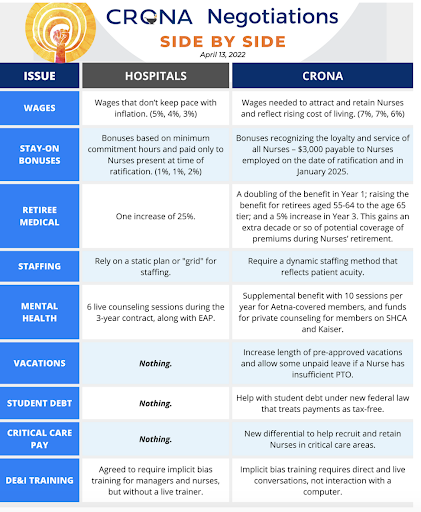 “Nurses are exhausted, and we’re burning out,” Charon Brown, a nurse in the cardiovascular ICU at Stanford Health Care, said. “Striking is a last resort, but the hospitals are refusing to take our well-being seriously.”

There is just ONE small problem.

After the strike was announced and Stanford was given notice, they announced that starting May 1st, in addition to withholding pay, it would also be suspending health insurance benefits for striking nurses and their families.

"While we respect our nurses’ rights to engage in this work action, we are disappointed that the union has chosen to strike," they said. "Our goal has always been to reach a mutually acceptable agreement through good faith negotiations and have to date made meaningful progress at the bargaining table." 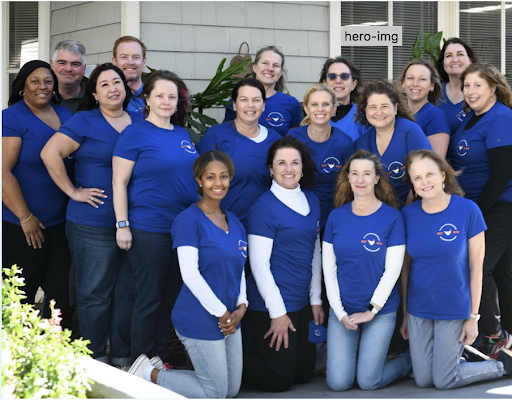 Stanford’s announcement on the eve of Easter and Passover was well-timed. It has left many nurses, especially those with health issues, children, or medically fragile family members to reconsider striking. Over 5,000 nurses could be affected. The question many asked - is this legal? The answer is yes. Unfortunately, it is. Despite this - it is rarely used. It is seen as a bullying tactic. And it might just work - for some staff.

“Stripping nurses of their health care is a “bullying” intimidation tactic that targets some of the most vulnerable nurses”, says Kathy Stormberg, vice president of CRONA.

CRONA’s website is filled with FAQs about COBRA and ways to pay for health, dental, and vision benefits during the strike. The problem is - that there has not been an announcement on how long the strike will last. Will it be one day like the Sutter Health strike? Or the over 8-month strike in Worchester, Massachusetts? This could be significant for those having to pay for insurance out of pocket.

"Instead of trying to address why 93% of eligible nurses voted to go on strike, the hospitals responded with this cruel move that's clearly designed to punish nurses and break their resolve,” said CRONA’s board. 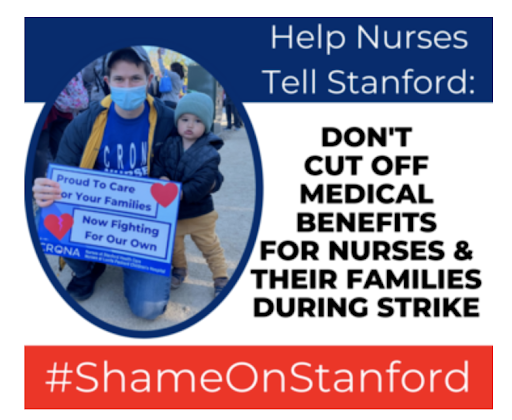 CRONA has launched an online petition that has garnered over 26,000. The petition is demanding that “CEOs David Entwistle and Paul King immediately reverse this decision and pledge to maintain our benefits while we work to reach an agreement.”

The response to the petition from Stanford was not comforting. Dale E. Beatty, Stanford Health Care’s chief nurse executive, and Jesus Cepero, the chief nurse officer for Stanford Children’s Health, wrote in an emailed statement: “This standard practice is not unique to our hospitals and applies to any of our employees on unpaid status, including those who leave the hospital to transition to another job.”

“We have notified the union that nurses who choose to strike will not be paid for any shifts they miss. In addition, employer-paid health benefits will cease on May 1 for nurses who go out on strike and remain out through the end of the month in which the strike begins,” said Stanford executives.

CRONA’s Instagram has been counting down the days to the strike as well as sharing information about Stanford’s stance regarding the strike. 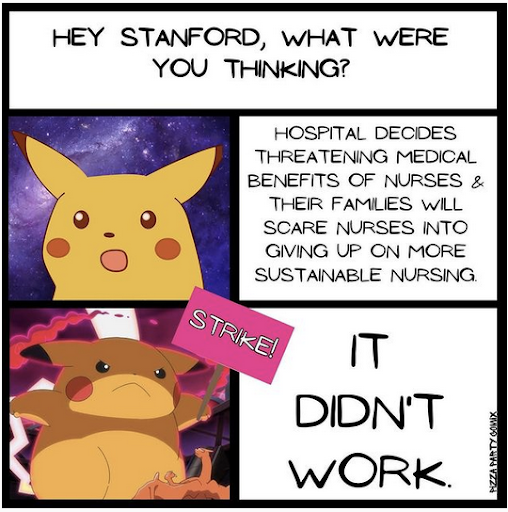 Interestingly, earlier this year, Senators Sherrod Brown (D-OH) and Bob Casey (D-PA) introduced a bill that would make it illegal for companies to terminate health benefits during a strike. Additionally, in California, a bill has recently been introduced making it easier for employees to get affordable health insurance if theirs is terminated through a strike.